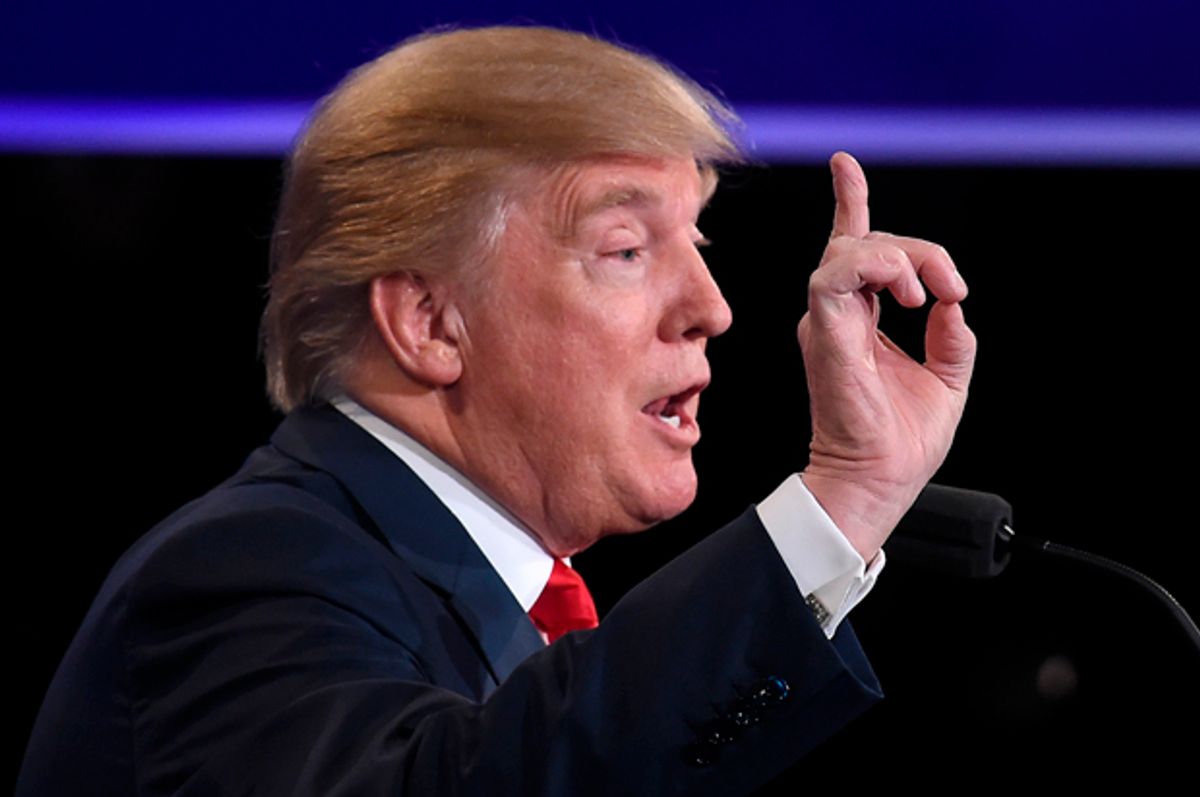 A right-wing think tank has denounced Donald Trump’s tax and spending plans for adding nearly $6.8 trillion to our national debt.

“Donald Trump’s policy proposals as a candidate for president would have a deleterious effect on the federal budget,” writes Gordon Gray, director of fiscal policy at American Action Forum and a former staffer for Republican Senator Rob Portman. He added that, although “until recently, the Trump campaign did not provide a sufficient degree of specificity in its policy proposals to make an analysis feasible,” recent studies had concluded that “Mr. Trump’s proposals would, on net and over a ten-year period (2017-2026), reduce revenues by $6.5 trillion and increase outlays by $323 billion, for a combined deficit effect of nearly $6.8 trillion over the next decade.”

When the issue of the national debt came up during Wednesday night’s presidential debate, both Trump and Democratic rival Hillary Clinton made pointed accusations toward each other. Trump claimed our national debt was $20 trillion (it’s actually $19 trillion), while Clinton claimed Trump would himself “add $20 trillion to the debt.” She also pointed out that “when my husband was president, we went from a $300 billion deficit to a $200 billion surplus and we were actually on the path to eliminating the national debt.” Finally moderator Chris Wallace observed that “our national debt as a share of the economy, our GDP is now 77 percent. That's the highest since just after World War II, but the non-partisan Committee for a Responsible Federal Budget says, Secretary Clinton, under your plan, debt would rise to 86 percent of GDP for the next ten years. Mr. Trump, under your plan, they say it would rise to 105 percent of GDP over the next ten years.”

According to an article by The Washington Post (which was in turn based on a study by the Committee for a Responsible Federal Budget), Clinton’s policies would add $200 billion to our national debt while Trump’s would add $5.3 trillion.