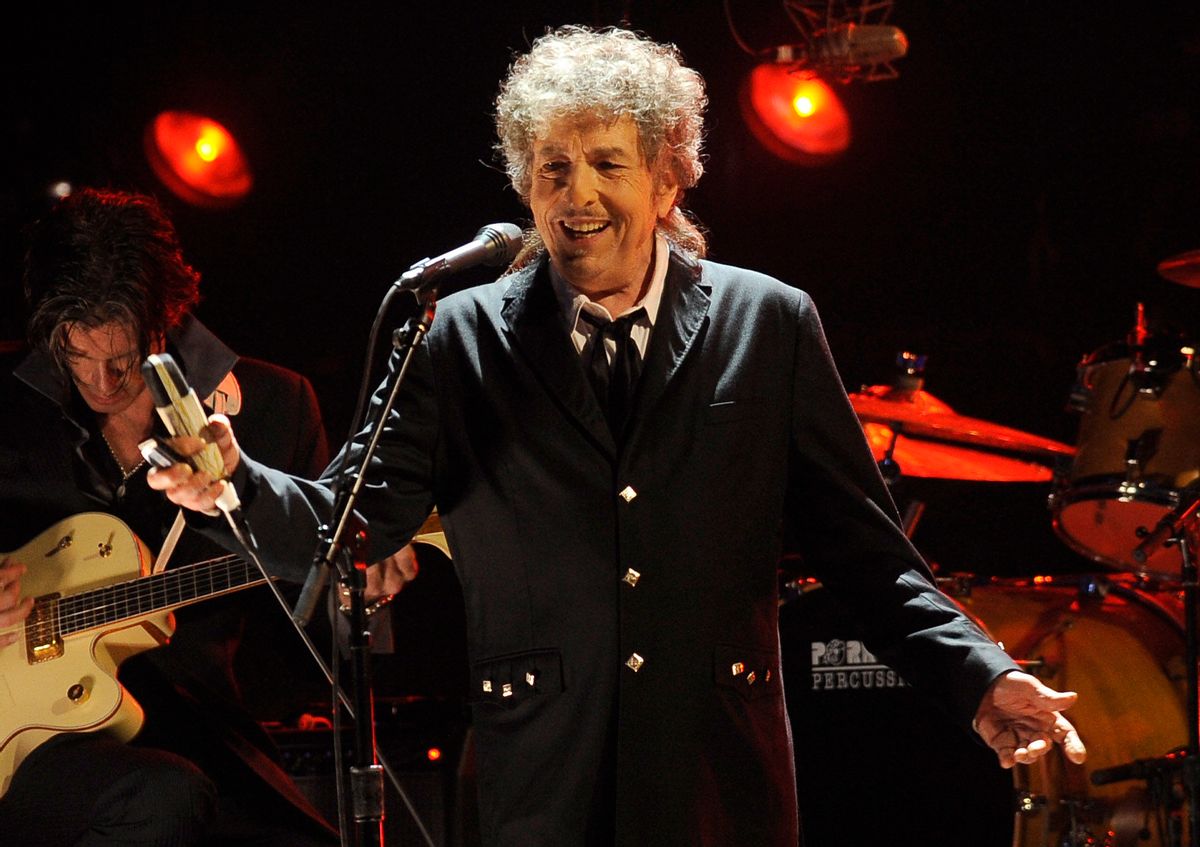 Bob Dylan’s website just removed its reference to his winning the Nobel Prize for Literature.

Although BobDylan.com had added "winner of the Nobel Prize in literature" to its “Lyrics” section on Thursday, that reference was deleted Friday. It's consistent with the reticence that has characterized Dylan’s response to the announcement ever since it was made announced on October 13th.

Dylan has refused to return multiple calls from the Swedish Academy, which awards the Nobel Prizes, and has yet to acknowledge it in any of his public performances. The committee has taken his non-responsiveness in stride, with the committee’s permanent secretary commenting on state radio, “Right now we are doing nothing. I have called and sent emails to his closest collaborator and received very friendly replies. For now, that is certainly enough.”

Reactions to Dylan’s Nobel Prize victory have been mixed. “I am ecstatic that Bob Dylan has won the Nobel. A great and good thing in a season of sleaze and sadness,” tweeted horror novelist Stephen King. Hamilton creator and star Lin-Manuel Miranda reacted to criticisms of Dylan’s victory by tweeting, “Novelists grousing about Bob Dylan's Nobel Prize: green looks hideous on you. #ThereMustBeSomethingHappeningButYouDontKnowWhatItIs #DoYou” Meanwhile novelist Salman Rushdie tweeted, “From Orpheus to Faiz,song & poetry have been closely linked. Dylan is the brilliant inheritor of the bardic tradition.Great choice.#Nobel”

By contrast, comedian John Hodgman tweeted “Look, Bob Dylan isn't for me, but I get he's a great artist. But the Nobel might as well have given the prize to your dad's fave dorm poster.” Comedian Rob Delaney tweeted: “Bob Dylan wins the Nobel Prize for Literature? What's next, Derek Jeter wins a Tony for his rice pilaf???” Novelist Hari Kunzru sent out a tweet saying, “This feels like the lamest Nobel win since they gave it to Obama for not being Bush”