President Obama skewers Marco Rubio for supporting Donald Trump: "How can you call him a con artist" then vote for him?

Obama delivers a stinging criticism of the Florida Senator 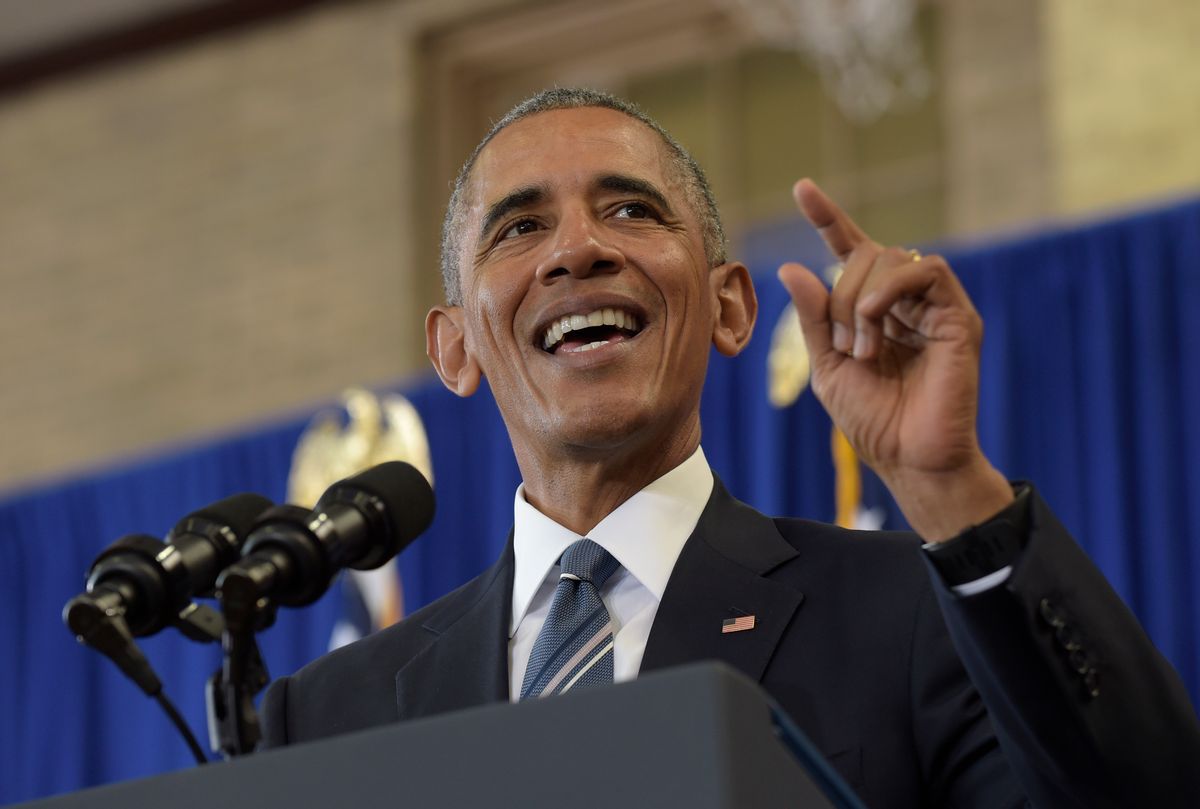 President Obama blasted Sen. Marco Rubio for his willingness to vote for Donald Trump during a campaign rally at Florida Memorial University on Thursday.

“How can you call him a con artist and dangerous and object to all the controversial things he says, and then say, I’m still going to vote for him?” Obama said. “Come on, man!”

Like Sen. Ted Cruz of Texas, Rubio was repeatedly demeaned by Trump during the Republican presidential primaries, and yet has still endorsed his presidential campaign. In Rubio’s case, the humiliation included being called “Little Marco,” poking fun at his sweating, and trying to use his Hispanic heritage against him by focusing on Rubio’s initial support for immigration reform. He also called Rubio a “choker,” “lightweight,” and “clown.”

In retaliation, Rubio did more than just refer to Trump as a “con man.” He has also called Trump a “lunatic,” suggested he wet his pants and mocked his “small hands” (which prompted Trump to brag about the size of another part of his anatomy).

And yet, despite the animosity, Rubio has repeatedly said he will vote for Trump as a superior alternative to Clinton. The irony of his decision has not been lost on President Obama.