The Gold Star father lashes out at Donald Trump again 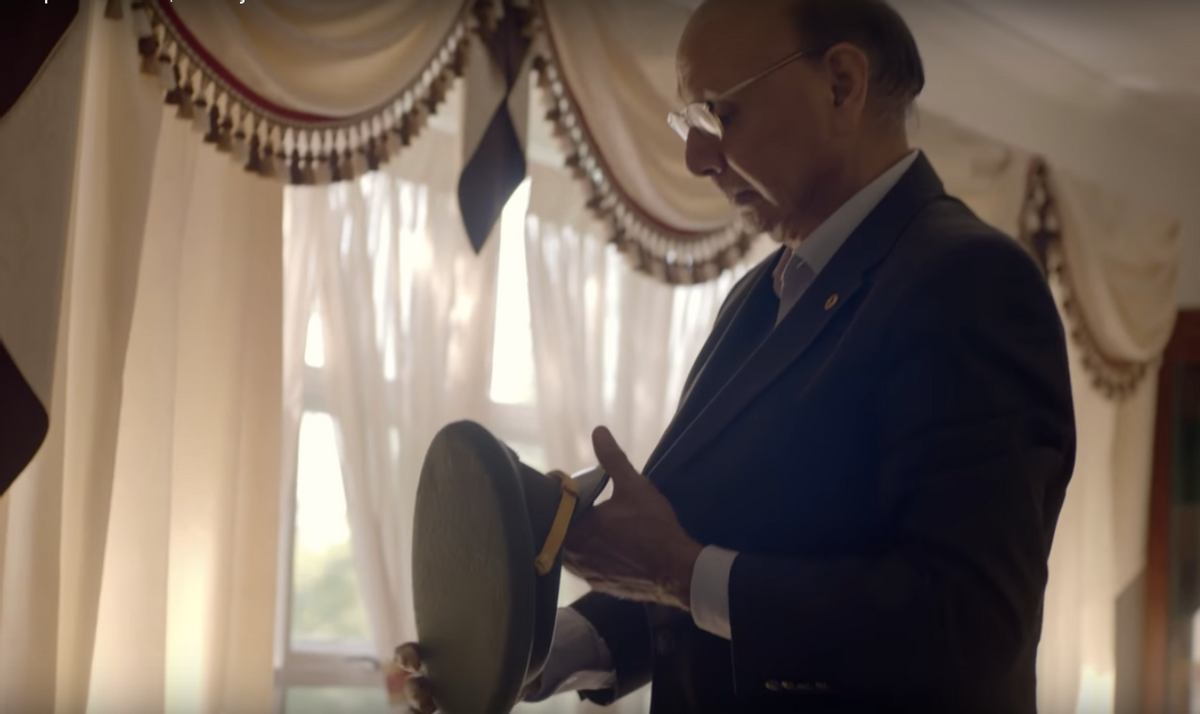 The ad opens with Khan narrating how his son, Humayun Khan, died while thwarting an attack by terrorists in Iraq.

Khan, who rose to fame by asking Donald Trump if he read the Constitution during the Democratic National Convention in August, asks Trump, his lip trembling:

“I want to ask Mr. Trump, would my son have a place in your America?”

Trump made headlines in July for lashing out against Khan and his wife after the two appeared during the Democratic National Convention, where Khan claimed that Trump “sacrificed nothing and no one.” Trump responded by insinuating that Khan’s wife had remained silent because she was not permitted to speak (“I’d like to hear his wife say something.”)

There was a bipartisan backlash against Trump’s treatment of the grieving parents.

"Many Muslim Americans have served valiantly in our military, and made the ultimate sacrifice. Captain Khan was one such brave example," said House Speaker Paul Ryan. "His sacrifice — and that of Khizr and Ghazala Khan — should always be honored. Period."

Meanwhile, Sen. John McCain of Arizona released a statement challenging Trump “to set the example for what our country can and should represent” and telling the Khans “we’re a better country because of you.”