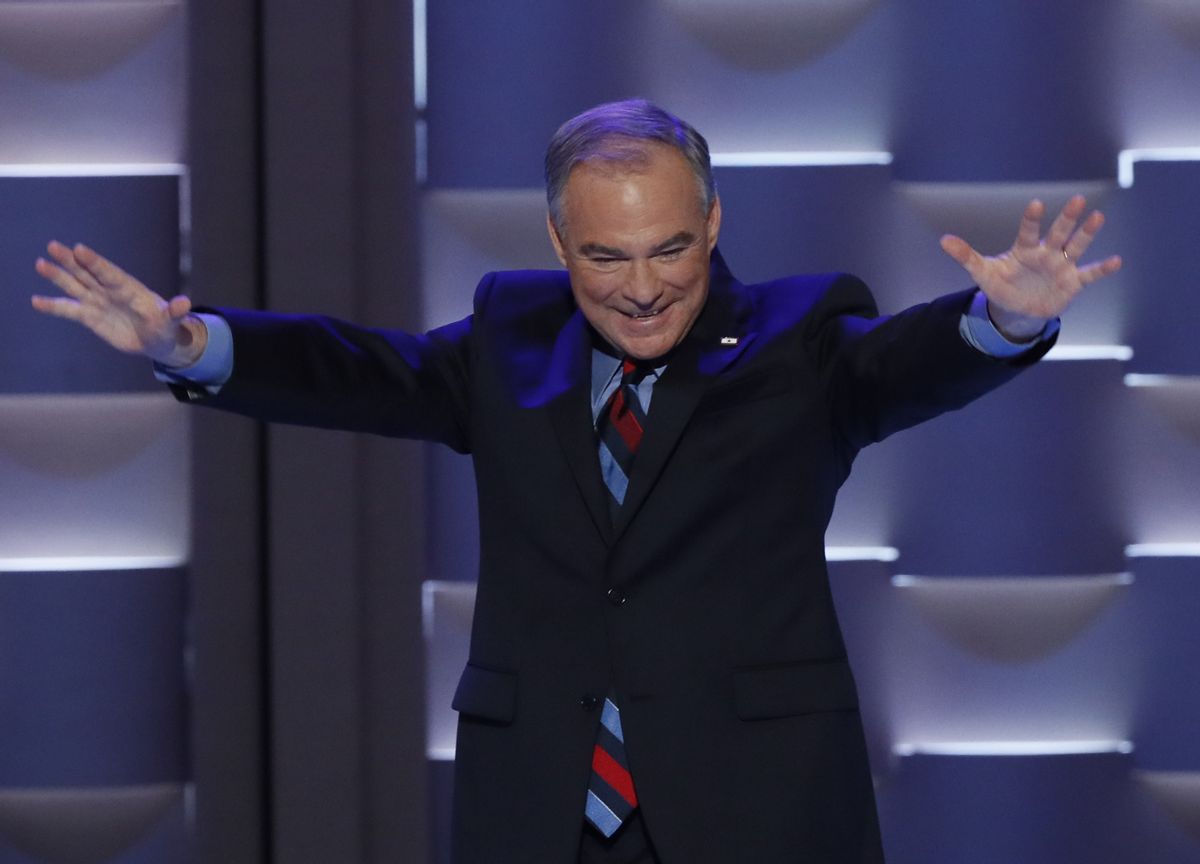 “We have a suprise [sic] in store for @TimKaine and @DonnaBrazile,” the tweet ominously promised.

When asked about the tweet at a rally in Durham, North Carolina, Kaine ignored the question.

Kaine has been a recent critic of WikiLeaks, which recently hacked the email of his running mate's campaign chairman, John Podesta. During an interview with CBS’ "Face the Nation" on Sunday, Kaine hinted that Russia, which the U.S. has said is behind the hacked emails, would see reprisals for their attempted interference in an American election, and questioned the authenticity of the documents themselves.

“When a foreign nation tries to destabilize an American election — which is what Donald Trump encouraged back in late July [when] he said, ‘Hey, Russia, go see if you can cyber hack and find things that will help me win’ — but when a foreign government tries to do this there has to be a consequence,” Kaine declared.  “There will be time for figuring what that consequence is. But you can’t let it go unchallenged because if you do you just could encourage more of it.”

He also claimed that an email indicating he had been tapped for the vice presidency months before his official announcement was forged. “You can’t assume that they’re all accurate,” he claimed. “One of the emails that came up this week referred to me. It was completely inaccurate. And I don’t know whether it was inaccurate because the sender didn’t know what he or she was talking about it or it had been doctored.”

Since the Russian email hacking of the DNC emails was made public in July, there has been widespread criticism of that nation’s attempt to sway the outcome of this presidential election. WikiLeaks founder Julian Assange has also been heavily criticized for exhibiting aligned interests with Vladimir Putin since obtaining asylum at the Ecuadorian Embassy in London.