Salon talks to Anthony Mendez, Emmy-nominated voiceover actor, about visiblity and the changing voice of America 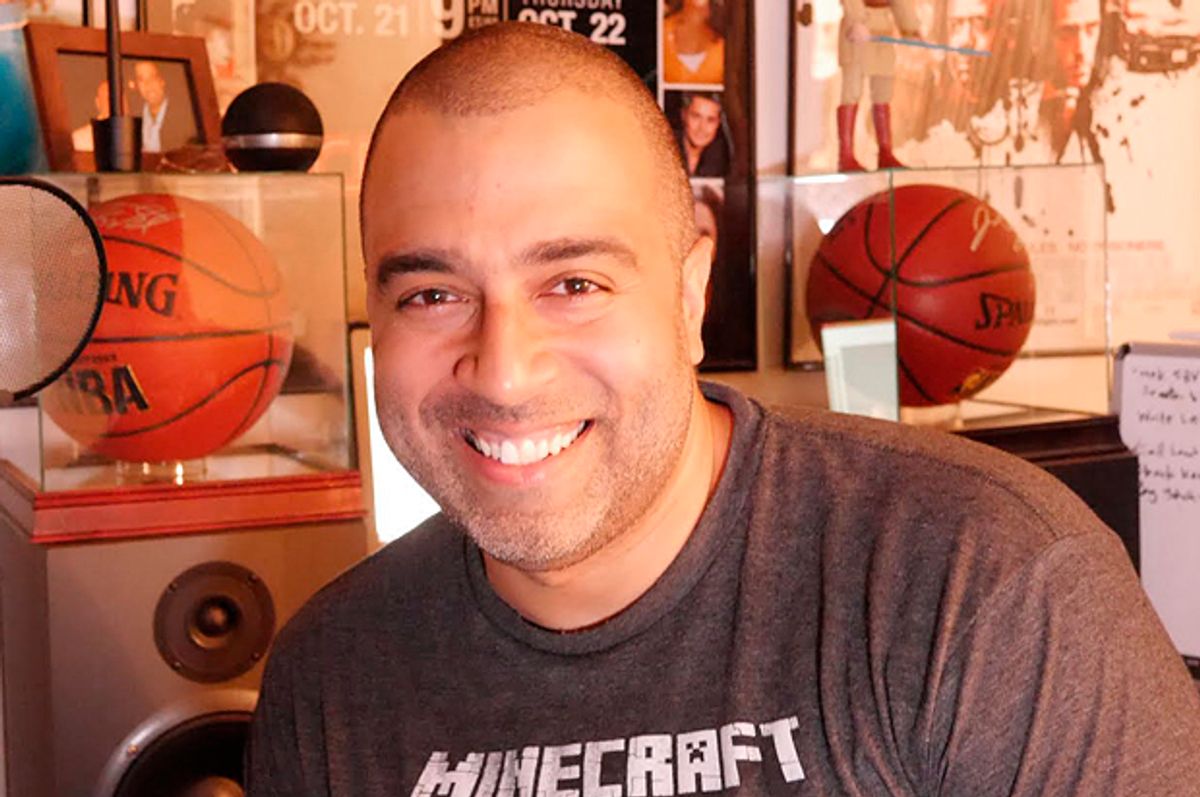 The first thing you notice when you talk to Anthony Mendez, the narrator from "Jane the Virgin," is that he doesn't have a Spanish accent in real life. OMG! But even with his off-duty voice, he's still a smooth talker.

The Bronx-born star took an unlikely path to his unseen stardom, having grown up in Washington Heights and New Jersey in a bilingual Dominican family with a headstone-making company. His brothers still run the family business. Mendez, meanwhile, started out in the music industry before colleagues started noticing that his irresistible voice made him a natural fit for vocal work on radio and television.

The Emmy-nominated voiceover actor is now in his third season as the unseen star of the CW's acclaimed comedy drama and known officially as its "Latin Lover Narrator." On the show, Mendez's character has at once the all-knowing perspective of a traditional narrator and the "Whoa, did that just happen?" voice of the friend you want next to you with the popcorn when the plot pulls its biggest shocks.

Salon spoke to Mendez via phone recently about how he thinks the narrator fits into Jane's story and what visibility means when you've built a successful career being invisible.

You have three kids and you work from home. You must have the world's most soundproof setup.

It's always a challenge. My daughters — my two oldest — they grew up with me doing this. They're great when it's time for me to record. It's almost like we're on a soundstage. I yell out, "Kids, Daddy's got to record!" and they calm down till I'm done.

Most of my sessions outside of "Jane" are only about 15 minutes. "Jane" is the one that'll take two hours per session. But the youngest, he's 6, and you can't negotiate with a 6-year-old. I have the same issues as anybody else who works from home.

As someone who lives in uptown Manhattan, it's funny to me that I've read interviews where you say people have in the past not wanted to give you work because they said you have an accent. I don't think you have an accent!

New Yorkers don't hear it. They're used to it. But you go even out to California, which is the hub of entertainment, people say, "You're from New York, aren't you?" I'll say, "Yeah, I know."

New York but with that uptown flavor. I hope now Lin-Manuel Miranda is helping people understand that's what it sounds like.

He's done a lot of great work for showing what it is to have grown up in Washington Heights. I think he and [novelist] Junot Díaz are showing you can be urban and erudite at the same time.

So let's talk about the narrator on "Jane the Virgin." The character's identity, on the one hand, is literally called "the Latin Lover." On the other hand, I've heard you say that you also find his voice in this paternal role toward Jane and that you also see him as a fatherly figure. In some ways, he's like Rogelio. He's the sexy dad.

Thats right. Rogelio can be a Latin lover in his own right, except he's a lot funnier.

I think the Latin lover narrator has a lot more snark than Rogelio would ever put on. I approach him where he's kind of Jane's spirit animal and, of course, a father figure. Over the past three years, he's become the liaison between the audience and Jane.

It's such an interesting character because it is just a voice and it comes in part from the world of the telenovelas, even though you do it very differently. He's this omniscient character yet he's also surprised all the time; he's got all his OMG moments. So who do you feel he is? And do you think he'll be revealed in the show?

I always say that who I think he is I try to keep under wraps. I think that in order to reveal this character — which I hope doesn't happen anytime soon — because of how the show is done, I believe it could be done in a way you wouldn't have to physically show him. I think you could reveal who he is and still maintain a little bit of mystery.

He's not just the voice of God.

It's also something that makes it very difficult for a trained voiceover actor because we're always taught to kind of disappear. When we're not noticed, when you don't think there's a narrator, that's when you're doing your job. I talk to the writers who blend him in but also make him stand out.

That also leads to the question, Is he a reliable narrator? As much as people might think that he's not, I've always believed he really is. It's just when do we know or when do we really see what he's referring to? Remember the thing with Michael, when he was shot? In season 1, he said he'd love Jane to his last breath. We thought it was going to happen here.

But that doesn't mean he was referring to this moment in time. He's not lying about it. I feel there's so many things that happen over the years that he is telling from a future point of view.

Even when you know the outcome of a story, you still have that moment of gasping in it anyway. I get a sense the narrator knows now it'll turn out but he still manages to be authentically shocked when things happen.

It really is. You get the best of both worlds. Not only in terms of story structure do you get to connect the audience with the story, but in the real world, you're also part of the postproduction. That is something that's always fascinated me. The voiceovers always come last in the process of video production.

And I enjoy the ability to be able to have this peek inside myself, where you're almost talking to yourself. It's a lot of fun to maintain that mystery. But if there's any part of me being more visible [now], I hope that it inspires more Latino actors.

About two years ago I did the opening promo for the NHL. Recently I did a campaign for Kenmore, and those commercials have nothing to do with a Latino theme. It's just they wanted my voice and they liked the way I talk. I hope it will inspire people who don't have a standard American English accent to come and step up to the mic.