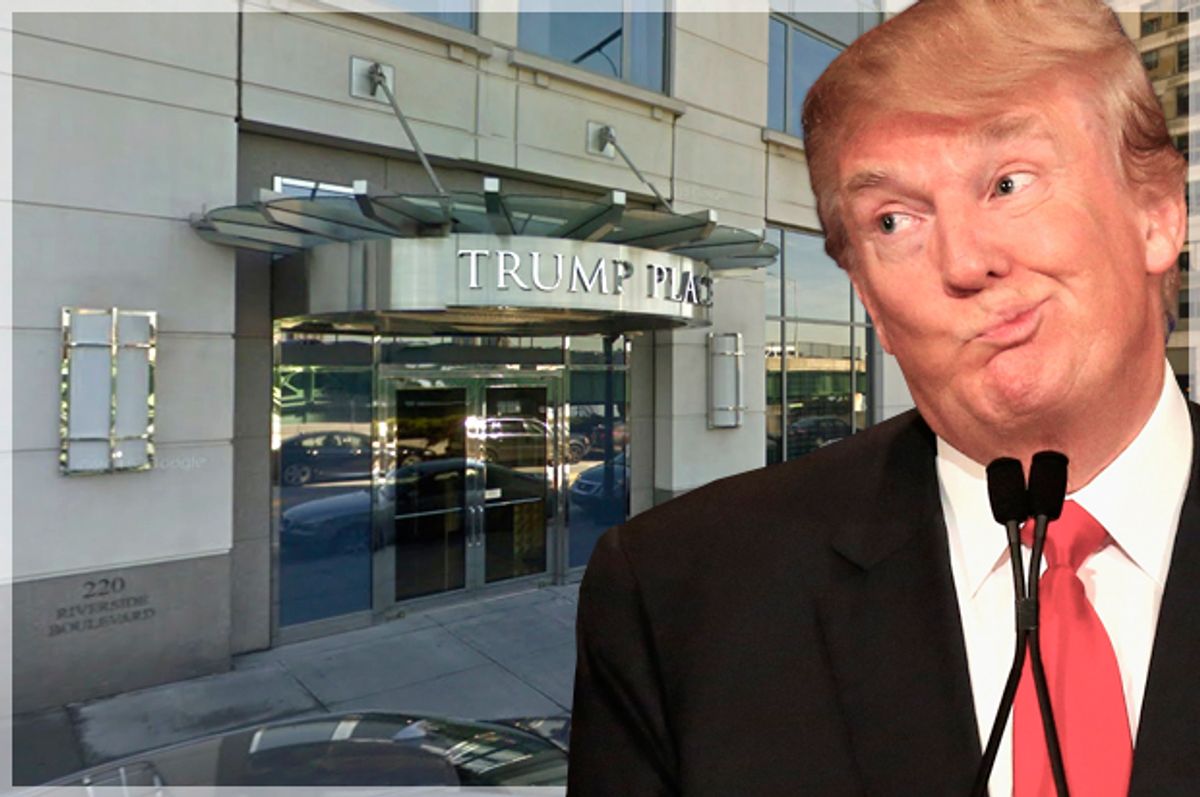 In yet another sign that Donald Trump’s business brand has taken a major hit during this election, tenants in some of Trump’s Manhattan apartment complexes are petitioning to have his name removed from their buildings.

At least 81 residents of 220 Riverside Boulevard have signed a petition to rename the tower and remove its large gold “Trump Place” sign, according to the New York Post.

An online petition to “Dump The Trump Name” from another building, 160 Riverside Boulevard, had received 294 signatures on Change.org as of Monday morning.

These petitions are just the latest in a series of negative developments for Trump’s real estate and consumer businesses that have occurred since the start of his 2016 presidential campaign. Regular customers at his hotels, golf courses and restaurants are refusing to continue patronizing them, celebrities are selling their Trump condos (like Keith Olbermann) or refusing to stay in hotels with Trump’s name on it (like Los Angeles Dodgers first baseman Adrian Gonzalez). And even Ivanka Trump’s clothing line has reportedly taken a hit.

The damage to the Trump brand has been so severe that new Trump hotels are using the brand Scion so as to attract millennials — a departure from the traditional branding of “Trump” everything. Trump hotels have experienced a 17 percent to 24 percent decline in foot traffic since he launched his campaign, including a double-digit decrease in visits by women.