A thoroughly modern monopoly: AT&T and Time Warner are playing a new game in which content is king 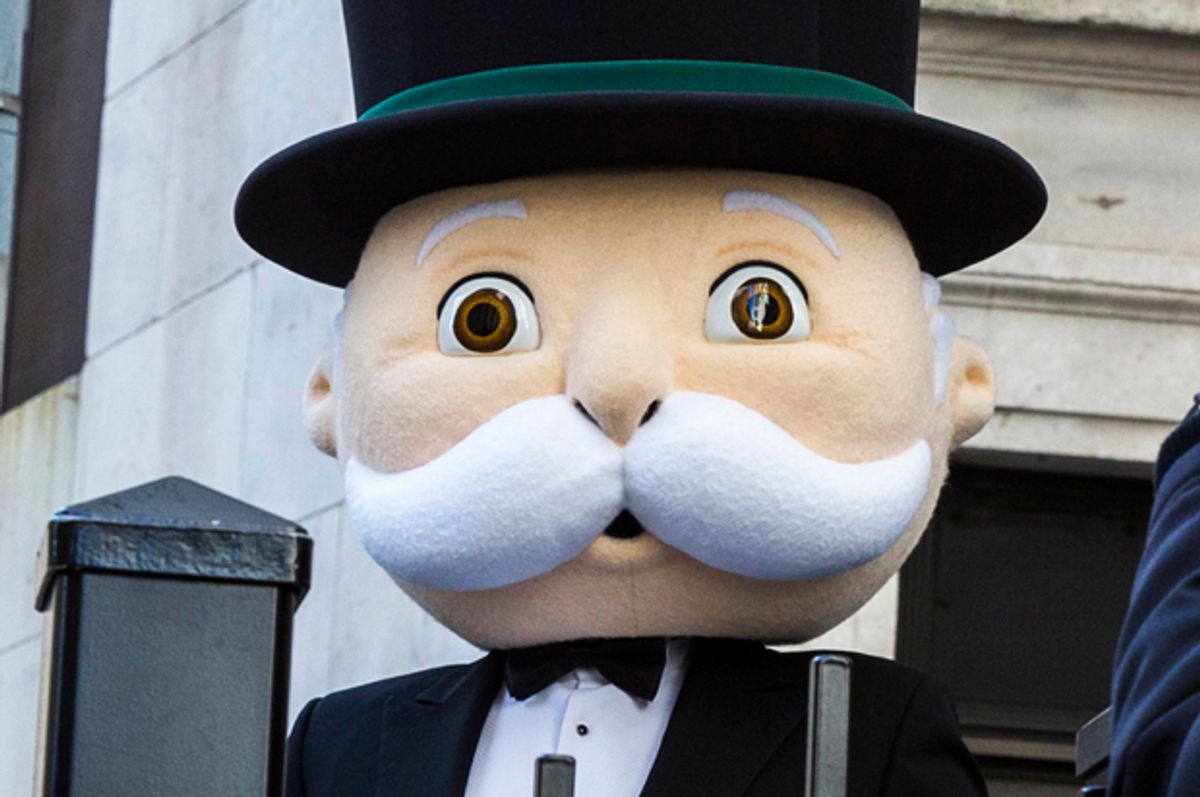 More than 20 years ago, Microsoft co-founder Bill Gates published a prescient essay titled “Content Is King” in which he predicted the “real money” would go to those who deliver the stuff people consume online.

Way back then, cable television seemed like it was here to stay and telecommunications firms were busy expanding mobile services to millions of new customers every year. The internet was frustratingly slow and the word “streaming” referred to rushing water not watching Netflix’s “Orange Is the New Black” on a smartphone.

But with the advent of high-speed wireless data delivered to touch-screen devices, Gates’ adage rings truer than ever: Content will drive growth. Virtually every adult American is already a wireless customer, which means telecoms don’t have much room left to expand. AT&T’s $85.4 billion megadeal to acquire Time Warner that was announced on Saturday is a symptom of the increasingly blurred boundaries between telecommunications, technology and media companies.

If approved by regulators, the deal would bring Time Warner's massive inventory of content to AT&T, including CNN, HBO, NBA and MLB games and Warner Bros. Entertainment’s immense film library. The merger would turn AT&T into a media giant, with tens of millions of active viewers already in place. It not only would deliver programming to smart devices but also to its DirecTV satellite television service and to other pay-TV services under licensing agreements.

The AT&T-Time Warner merger announcement follows a line of high-profile acquisitions, including Comcast’s $16.7 billion purchase of NBCUniversal in 2013 after years of wrangling with regulators. Verizon Communications’ $4.4 billion acquisition last year of AOL gave it access to media content like The Huffington Post and TechCrunch; it added Yahoo! this year. Meanwhile, YouTube owner Alphabet and Apple are reportedly shopping around for ways to own content.

"We would not be surprised if other distributors were to potentially embrace larger opportunities in the content arena over time," Barclays analysts Kannan Venkateshwar and Amir Rozwadowski wrote in a research note to investors following news of the deal.

Indeed, there are other potential big plays out there. The Walt Disney Co. is too big to be bought by anyone other than Alphabet or Apple, but it could snatch up a company like Netflix to address its own distribution issues in the cord-cutting era. In addition, Fox could also be looking for ways to boost its wireless distribution channels. Then there’s Viacom and CBS: The two media companies under pressure from the Redstone family to merge could also eventually be on the prowl for a telecom-related acquisition to give them the wireless distribution they need in the future.

If regulators approve the AT&T merger, then Comcast could prowl for an AT&T rival, like T-Mobile so as to have its own distribution ability. Smaller content providers like Discovery, AMC Networks and New York-centric MSG Networks could also be on the block eventually as they grapple with staying relevant in the post-cord era, though they would have less to offer than their larger competitors.

Further megadeals in the media, telecom and tech worlds — especially any that involve big players like Disney, Comcast, Viacom and CBS, Google or Apple — will likely depend on how the approval process for the AT&T-Time Warner merger plays out.

“That question is incredibly difficult to answer, as it is unclear who will even be running the [Department of Justice] and [the Federal Communications Commission] come January,” Richard Greenfield, media and tech analyst for financial services firm BTIG, said in a research note to clients. “It’s also not entirely clear if the transaction needs FCC approval.”

Greenfield said Time Warner could easily allay FCC concerns by selling its only broadcasting asset, Atlanta-based Peachtree Television. But clearly the bigger hurdle is the Department of Justice, which will want to address concerns  that AT&T could use its Time Warner assets to jack up prices on data plans or to third-party programmers wanting to use AT&T’s network to reach viewers.

The blowback against the proposed merger between AT&T and Time Warner started as soon as the two companies announced an agreement on Saturday.

Republican presidential nominee Donald Trump took a hard stance against the deal, saying he would work to block it  if he wins “because it’s too much concentration of power in the hands of too few.” A campaign spokesman for Democratic nominee Hillary Clinton said regulators should closely scrutinize the deal, while Tim Kaine, Clinton’s running mate, echoed Trump’s concern about the concentration of media companies into fewer hands.

For its part, Public Knowledge, an advocacy group, expressed concern over AT&T controlling so much content and whether it would throttle access to other programming through its infrastructure. Public Knowledge also called on the Federal Communications Commission to expedite privacy protections for consumers “so that major industry players do not abuse the sensitive information they collect.”

It’s hard to imagine that even Bill Gates could have predicted this mega flurry of activity as content programmers and distributors adjust to a wireless world. Two decades ago, Gates saw a world where the internet would empower even the smaller publishers to take control over the low-cost distribution of their content in ways that they would eventually figure out how to monetize. In a world of rapid consolidation of producers and distributors of content, that view seems positively naive.