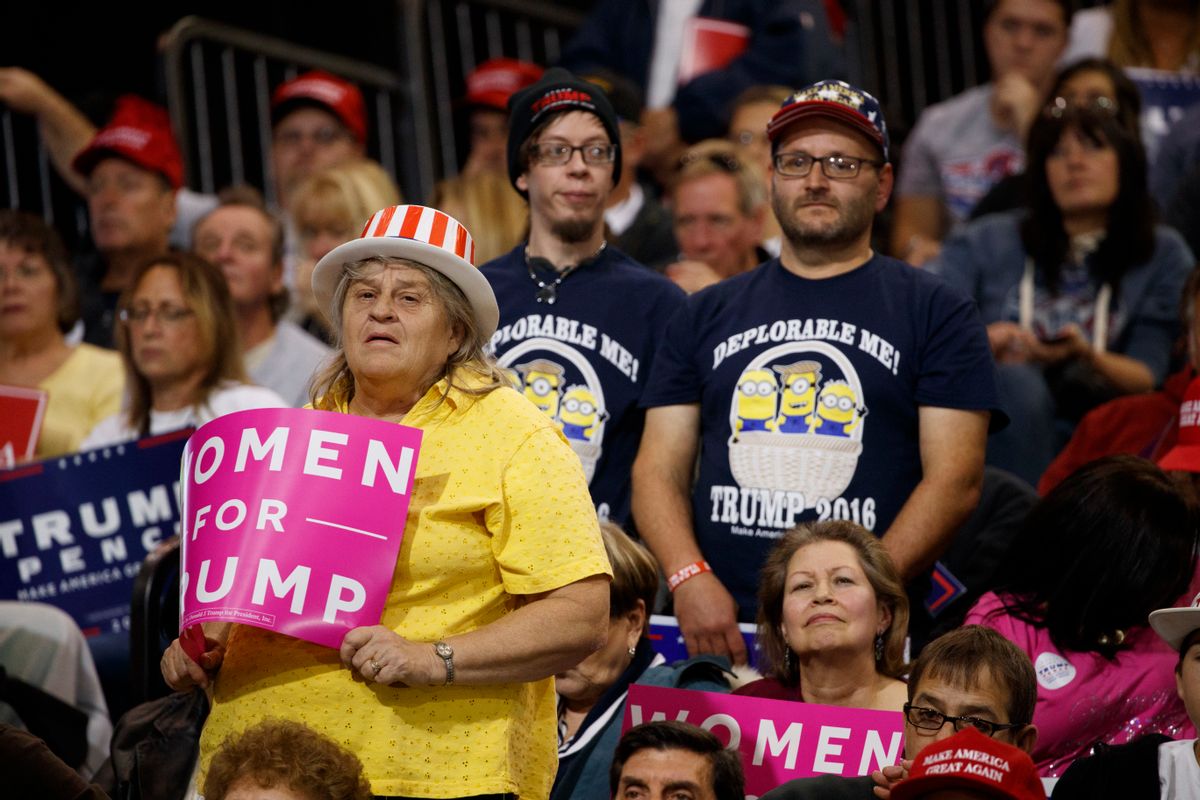 Supporters of Republican presidential nominee Donald Trump listen to him speak during a campaign rally, Saturday, Oct. 22, 2016, in Cleveland. (AP)
--

Republican presidential candidates have hated the media since the days of Richard Nixon, but things have gotten a whole lot uglier during Donald Trump’s campaign.

In a powerful op-ed for CNN, reporter Sara Murray described how the animus between Trump’s crowds and the press that covered them has gotten worse and worse as the election slowly crawled toward November, and how she was targeted.

“Somewhere along the campaign trail I fell into the habit of smiling back at members of the crowd as they jeered at me,” Murray wrote. “Some days it felt like that was my armor — a shield from the chants of 'CNN sucks.' Other times I hoped it would be a signal, Hey, I'm just doing my job. I know you're mad at me, but I'm not mad at you."

In November 2015, Trump called her out as a “total novice reporter,” prompting the crowd to taunt her. Since then, there have been some moments that stood out.

At a campaign stop in Florida, the cables in her production truck were cut not once, but twice. During the general election, both Murray and her producer saw that their cars had been keyed.

Now “members of the media walk into an event like Trump's mid-October rally in Cincinnati, greeted by a crowd of thousands screaming at us about biased coverage and flipping us off.”

Murray’s story is part of a larger mosaic of anti-media hostility that has emerged due to Trump’s campaign.

Trump supporters have taken to chanting “Lugenpresse” at reporters -- a German term that means “lying press” and was closely associated with the rhetoric of Nazi Germany and the contemporary German far right. On Monday, CNN reporter Jim Acosta was harassed by Trump supporters at a rally in Virginia.

Earlier this month, Trump whipped up 15,000 supporters at a Cincinnati rally into a frenzy of resentment against the reporters covering them there.