Nearly half of Republicans won't accept the results if Donald Trump loses: poll

Donald Trump won't go down without a fight. Neither will his supporters 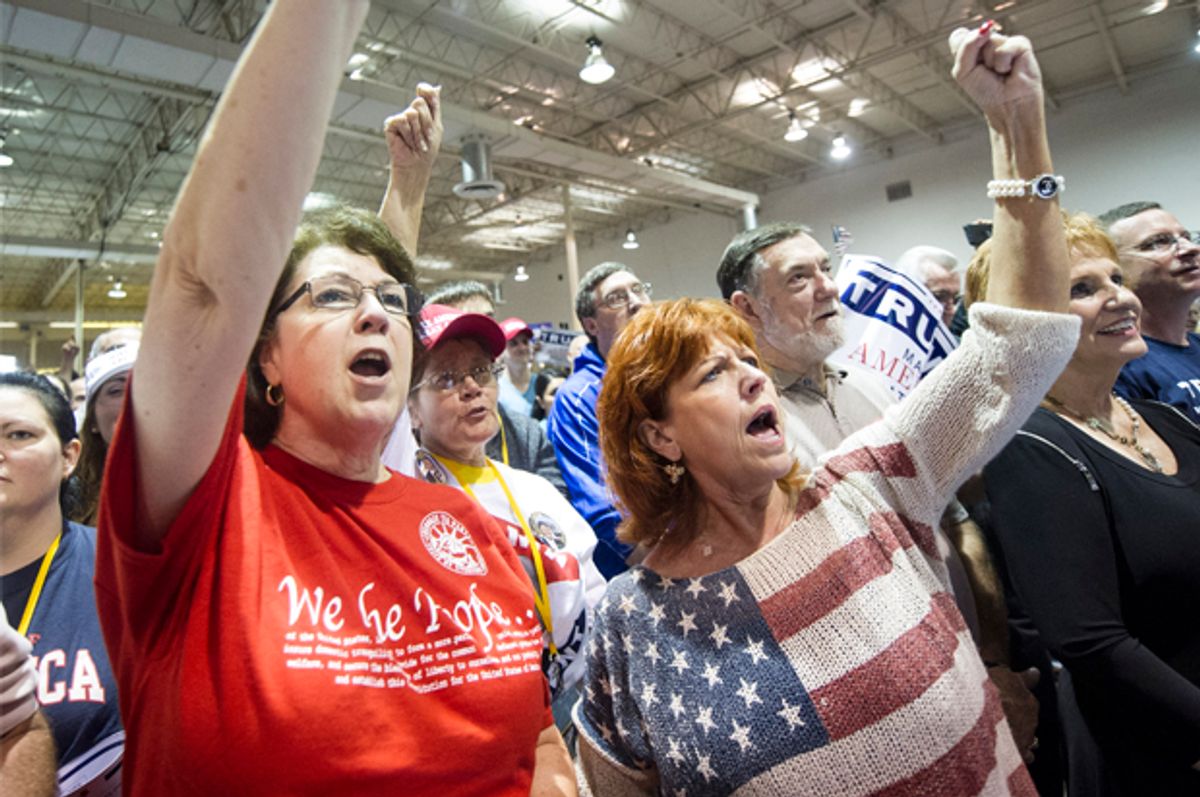 Expect this November to be ugly, no matter who wins.

Nearly half of Republicans won’t accept this election’s results if the opposing candidate wins, according to a new Reuters-IPSOS poll.

There was some good news in the polls, though. Eighty-seven percent of Republicans were confident that they would be able to exercise their right to vote, and that their votes would be counted fairly — suggesting that distrust of our electoral process is viewed as an external problem rather than a personal one.

While 80 percent of Democrats also expressed confidence in the election results being accurate and legitimate, only 45 percent of Republicans said the same thing.

Both parties expect Nov. 8 to be ugly. Forty-three percent of Republicans and 41 percent of Democrats do not expect the other side to concede gracefully if defeated.

These findings come on the heels of Trump's repeated claims that the vote in this election will be rigged by Democrats. These claims can be traced all the way back to May, when Trump told a West Virginia audience, “You’ve been hearing me say it’s a rigged system, but now I don’t say it anymore because I won. It’s true. Now I don’t care. I don’t care. And the only way I won was I won by such big margins because it is a rigged system. But the only way you can do it, it’s like a boxer, you got to knock them out then you don’t got to worry about the judges.”

The problem does cross party lines a bit: 30 percent of Democrats said they don’t think a Donald Trump win would be legitimate. Another 45 percent of Democrats say they’d see a Trump win as a result of a rigged system — perhaps because of poll-watching squads. During the final presidential debate on Wednesday night, Trump reiterated this assertion.

“So let me just give you one other thing,” he told moderator Chris Wallace. “I say it’s rigged because she should never — Chris, she should never have been allowed to run for the presidency based on what she did with emails and so many other things.”

One thing is clear. Trump — the candidate of “lock her up,” who is willing to accept the results of the election “if I win” — has left a legacy that will outlast this election.