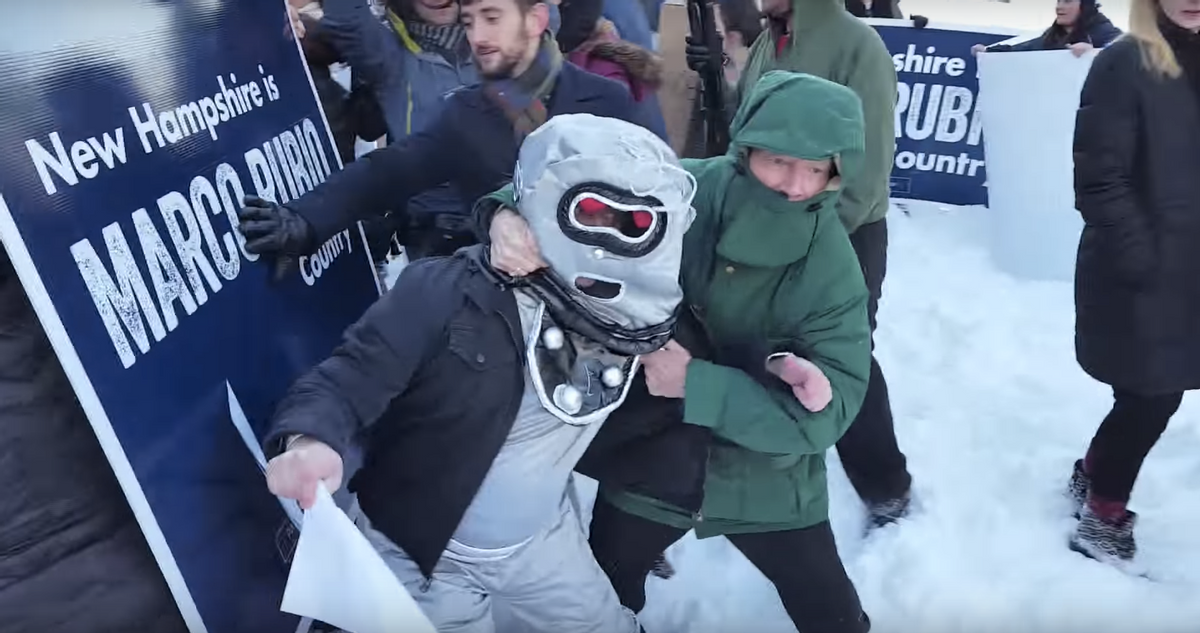 In one of the oddest turns of the campaign season, a Democratic activist was indeed trying to disrupt campaign events — but they were Marco Rubio's events. And he was working with Donald Trump's favorite news outlet, Breitbart.

According to a report from Politico, Breitbart recruited Aaron Black, a progressive activist from Democracy Partners, who provided them with tips and video footage and coordinated how they would cover his disruptions. Among Black’s most conspicuous escapades was dressing up as a robot outside of Rubio’s campaign events. The headline for that article read: “Exclusive — Rubio NH Chairman: Wrestled Scary Marcobot Protester In Self-Defense!”

The revelation about Black further demonstrates the close relationship between Breitbart — a popular news outlet for conservatives — and the Trump campaign. That relationship was solidified in August when Breitbart chairman Steve Bannon took a leave to be CEO of Trump’s campaign.

Black returned to the headlines earlier this month when he appeared in a video by Project Veritas which claimed to show proof that the Democratic National Committee deliberately provoked violence at Donald Trump rallies. Veritas is run by James O’Keefe, a journalist whose reputation has been marred by proof that he edited videos in 2009 and 2011 to distort the words and actions of his subjects.

“None of this is supposed to come back to us, because we want it coming from people. We don’t want it coming from the party,” Black said in the video. “So if we do a protest and it’s branded — ‘Oh, the DNC protest’ — right away the press is going to say: partisan.”