Right-wing watchdogs pivot to new strategy: If you can't beat her, impeach her 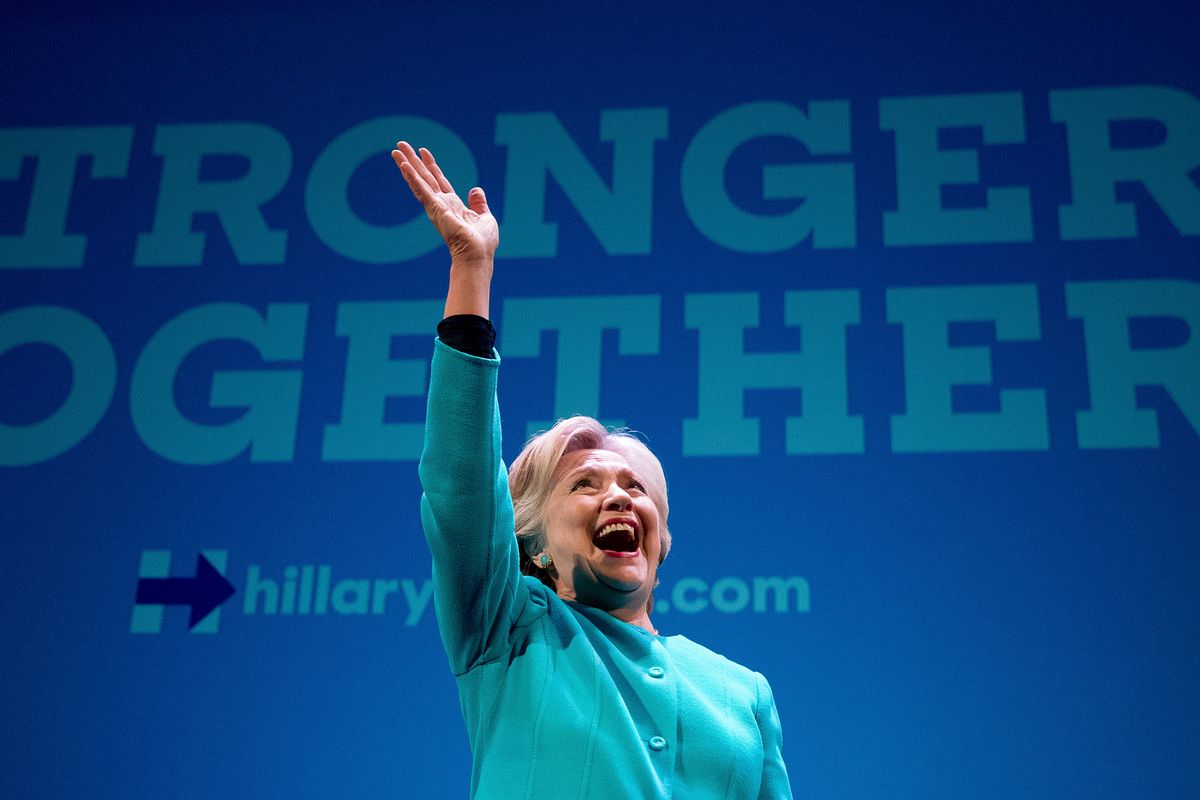 Democratic presidential candidate Hillary Clinton waves as she takes the stage to speak at a fundraiser at the Paramount Theatre in Seattle, Friday, Oct. 14, 2016. (AP Photo/Andrew Harnik) (AP)
--

After months, if not years, of attacking Hillary Clinton over scandals real and imagined, a conservative watchdog group says it will push to have the Democratic presidential nominee impeached.

The prospect of a Clinton impeachment — there’s a throwback term! — was raised Wednesday morning by Judicial Watch.

"You're going to still have a clamor for a serious criminal investigation of Mrs. Clinton's conduct with respect to her emails and the [Clinton] Foundation," Judicial Watch's president, Tom Fitton, told NBC News. "There's been no systematic investigation of various issues." According to NBC, Fitton "has criticized GOP lawmakers for failing to pre-emptively impeach Clinton."

He added, "I know this generation of Republican leaders is loath to exercise these tolls, but impeachment is something that's relevant. They see [the oversight process] as an opportunity in some measure to keep their opponents off-kilter, but they don't want to do the substantive and principled work to truly hold corrupt politicians or the administration or anyone accountable."

This isn’t the first time that a potential Clinton impeachment has been suggested.

When allegations emerged that the FBI and State Department had engaged in a quid pro quo to reclassify one of Clinton’s controversial emails, House Speaker Paul Ryan announced that “a senior State Department official’s attempt to pressure the FBI to hide the extent of this mishandling bears all the signs of a coverup. This is why our aggressive oversight work in the House is so important, and it will continue.”

Indeed, Republicans are expecting to go through investigation after investigation of Clinton if she wins the White House, The Washington Post reported Wednesday.

In August, more than 50 House Republicans urged the Justice Department to appoint a special prosecutor to investigate whether Clinton Foundation donors had unusual access to the former secretary of state during her tenure.

“All of this makes it very unclear where the State Department ended and where the Clinton Foundation began,” the lawmakers argued. “The facts as they have been reported surrounding the Clinton Foundation warrant an investigation that is beyond reproach and beyond any appearance of political favoritism. Appointing a special counsel is a necessary step at this juncture.”

Clinton has been investigated by the FBI, which didn't charge her. That didn't stop her opponent, Donald Trump, from saying that he would have her arrested and tried if he is elected president.