Lonely, at last: Brilliant drama "Rectify" soothes and breaks our hearts for one final season 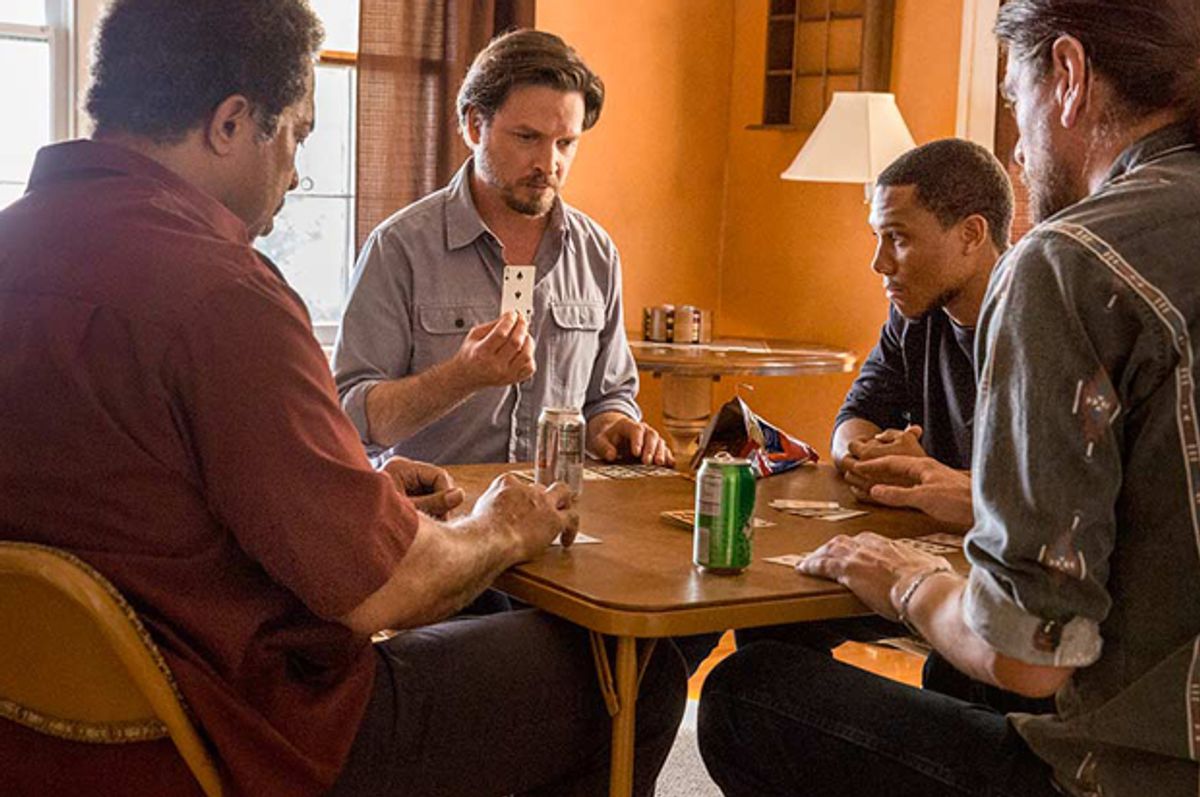 It isn’t often that a television series with a minuscule audience receives the grace of ending on its own terms, let alone a season’s worth of episodes to do so. But SundanceTV’s “Rectify” is a special case. One could correctly call it a prestige drama, the kind of show a network supports out of recognition of its artistic worth and potential to win a few awards.

“Rectify,” embarking on its final eight-episode season on Wednesday at 10 p.m., has held up its end of the bargain by winning wide critical acclaim and a Peabody Award. Even so, it only averaged around 160,000 viewers per episode in its third season. Inviting viewers to ruminate on guilt, absolution, atonement and transcendence is a tall order, and that’s before knowing that we’re being asked to do so about an ex-convict accused of a violent crime.

But Daniel Holden is in no way a violent man — though flawed certainly and noticeably removed from the concerns of the world around him. As brought to life by actor Aden Young, Daniel is a taciturn man who was found guilty and sentenced to death as a teenager for the rape and murder of his 15-year-old girlfriend, only to be released 19 years later after the case was vacated.

Whether Daniel actually committed the crime is a mystery that might be definitively revealed at the end of the series; then again maybe we’ll never find out. Not even he knows for sure. Ultimately Daniel’s guilt or innocence may be beside the point, because “Rectify” has earned the audience’s deep emotional investment in the character.

The drama is never explicitly about the crime, anyway. Rather, it is punishment that series creator Ray McKinnon chose to examine, be it meted out by the legal system, by the citizens of Daniel's tiny hometown of Paulie, Georgia, or by himself, courtesy of his unreliable memory and tortured conscience.

It would seem that Daniel is numbed after enduring two decades of solitary confinement, waiting to die for a crime he doesn’t remember committing. Teetering on the edge of oblivion for that long contorts the hardiest of souls, and facing such a fate as a juvenile has molded Daniel into a pathological introvert. He has long been misunderstood because of that, but this season forces him to truly contend with the psychological toll of his extended isolation.

The tremendous, magical trick that Young achieves in his portrayal is to present Daniel as a man of intense feelings simmering beneath muted facial expressions and a flat vocal affect. That subtle skill is at its sharpest in the fourth season premiere, which finds Daniel cautiously attempting to find acceptance in a town full of strangers.

Season 4 picks up with Daniel, having been banished from Paulie as part of a plea deal, in the midst of relaunching his life in Nashville, Tennessee, living at a halfway house known as the New Canaan Project and working in a warehouse. This also means that Daniel no longer has the emotional cushioning of his mother Janet (J. Smith-Cameron) and sister Amantha (Abigail Spencer) to mitigate his difficulties in relating to others.

In prior episodes when Daniel has been forced to navigate an environment full of strangers, he could at least huddle against walls and bars, benefiting from the comfort and chafe of restriction. Freedom in an unfamiliar environment following years of such hard boundaries is understandably frightening, which Young quietly conveys during most of the episode, igniting the screen with frustration and despair in a devastating monologue near the hour’s end.

Concurrently, in Paulie, both Janet and Amantha are coming to terms with the hole that Daniel’s absence has left in their lives, as is Daniel’s lawyer Jon (Luke Kirby), who can’t quite reconcile himself with the idea that he saved his client by getting him to confess to a crime that others have since copped to.

Everyone’s at least a little lost and living in various stages of loneliness, and even within that fog there is hope and possibility. Now here’s an idea that other series could learn from “Rectify”: Lending gravitas to a drama doesn’t require denying the plot any quality of lightness, optimism or humor.

A single episode of “Rectify” can be a winding journey between terrible revelations and wrenching heartbreak, peppered by comical exchanges delivered in the same deadpan, matter-of-fact precision with which Daniel orders a cup of coffee.

It would have been simple for McKinnon to make Daniel, Janet, Amantha and Jon into the pure-hearted heroes of this tale. He could have just as easily set Daniel’s handsome stepbrother Teddy (Clayne Crawford) against him. Teddy is the son of Janet’s second husband but never quite receives the warmth that Janet has reserved for her firstborn. That Teddy’s wife Tawney (Adelaide Clemens) has a connection with Daniel tossed accelerant on those embers, too.

“Rectify" instead chooses to abide in the truth and flaws of its characters in a story given complexity and life by its talented cast. Crawford’s Teddy is one of the show’s greatest assets actually, a notion underscored this season as Teddy and Tawney delicately attempt to figure out what they mean to one another, with their bruised emotions granted ample breath via McKinnon’s natural, poetic dialogue.

Any doubting the unusual power of that alchemy need only check out Crawford in Fox’s “Lethal Weapon” and Spencer in NBC’s “Timeless” – both enjoyable, easily digestible series in comparison to SundanceTV’s hour but neither necessarily showcases the actors at their raw and aching finest.

In the show’s first three seasons (currently available for streaming via Netflix), “Rectify” holds a tight focus on the ways in which one horrible crime transforms Daniel into the town’s satellite — a jettisoned, fearsome object that orbits their lives before crashing into their midst once again after two decades.

Whether his presence is met with fascination, curiosity or violence, Daniel in the initial seasons always plays the outsider, often casting himself in the role before others did it for him. It’s fitting that the show’s final chapters would address his true reintegration into the world legally and spiritually and without sacrificing any of its elevating, lyrical atmosphere.

McKinnon has always made the intersection of reality and doubt in Daniel’s life the warp and weft of this story, employing ethereal cinematography and scripting entire sequences that blur the line between dream and reality. “Rectify” is fiercely grounded nevertheless, perhaps never more so than in the final season as its central character has to deal with a world that has no concept of who he is beyond what he presents to them and what they can find on Google.

No other series so poignantly probes the human condition and our concept of reality, identity, what we know and what is true with such alluring complexity. In a just world, more people would watch “Rectify.” That it existed at all — and leaves four tremendous seasons to savor and contemplate — is its own lovely blessing.