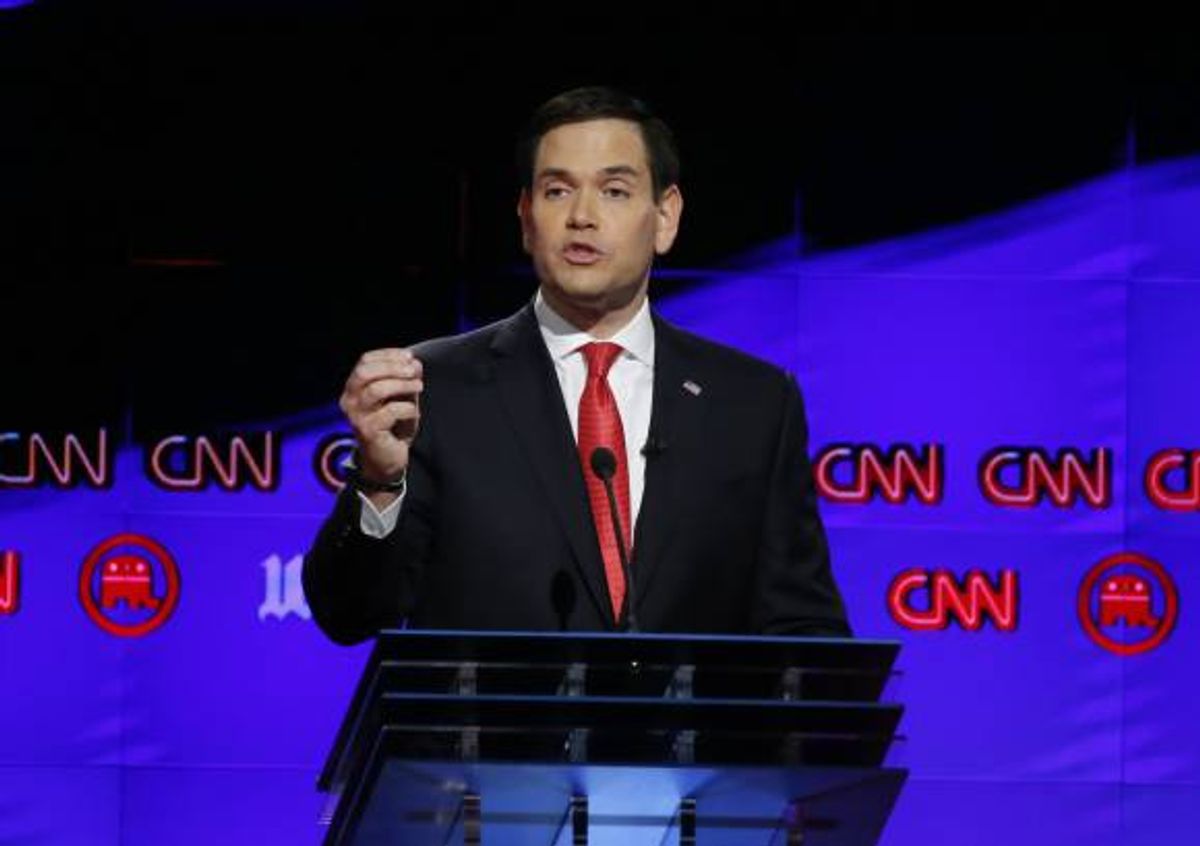 In the latest sign that Sen. Marco Rubio’s once-bright political future has started to dim, there’s this: The Florida Republican was booed off the stage during a Puerto Rican-themed festival.

The booing occurred when Rubio, the Cuban-American son of refugees, was giving a speech at Calle Orange, an event that’s a huge draw for the Hispanic and Latino community.

"This is an annual event that draws thousands of people, including many Democrats,” explained Olivia Perez-Cubas, a spokeswoman for the Rubio campaign.

“While there were some boos in the crowds, overall the reception Marco received at Calle Orange was very positive. In fact, Rubio supporters standing near the stage did not hear any boos while he was speaking. Marco kept his remarks short at the request of the hosts since it was not intended to be a political gathering.”

The anti-Rubio booing occurred in the same week that the Democratic Senatorial Campaign Committee decided to pull its funding from the Florida Senate race, instead focusing on more competitive contests in North Carolina, Missouri, and Indiana. The decision was criticized by Senate Minority Leader Harry Reid and Florida’s other Senator, Bill Nelson.