Jeff Bezos' giant is expanding into groceries, pop-ups, drone delivery, and India — but its profits are way down 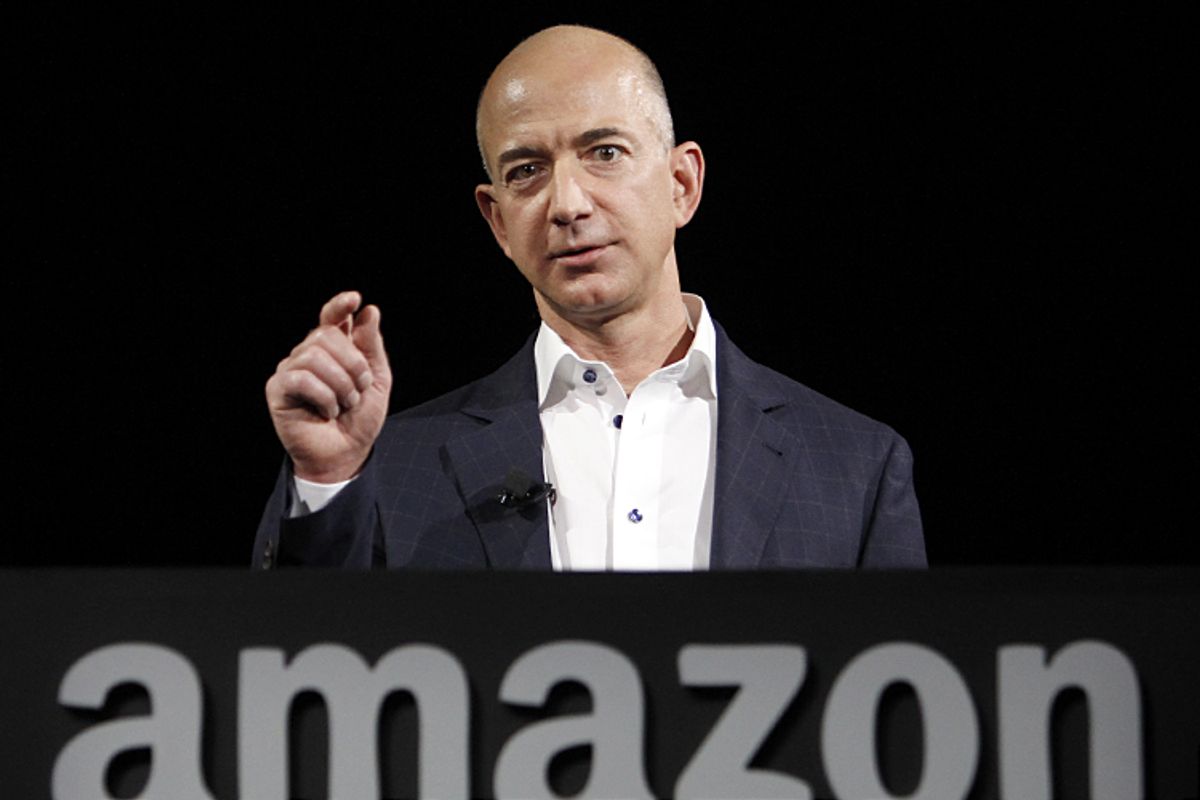 On Thursday Amazon posted third quarter profits that were far below industry expectations, triggering a ripple effect of negative consequences for the company.

Thanks to rising shipping costs and other investments in its own company, Amazon's $32.7 billion in sales were almost entirely offset by $32.1 billion in operating expenses. Shipping costs alone were $3.9 billion, a quarterly increase of 43 percent. Fulfillment costs (the large warehouses where Amazon products are stored) were $165 million, a quarterly increase of 35 percent. That said, Amazon Web Services saw its profits spike by 55 percent to $3.23 billion.

As a result of this news, Amazon's stock shares fell 4.3 percent in after-hours trading. Amazon didn't help matters by also announcing that spending on shipping, warehouses, and video production will most likely eat into its fourth quarter profits as well. It anticipates operating income to range from nothing to $1.25 billion at that time.

Amazon has spent the past year or so implementing an ambitious new vision for the company. They are developing their own shipping business so they can eventually deliver their own packages, plan on opening up to 100 pop-up stores in U.S. shopping malls, and are even rumored to be supplementing its grocery delivery service with a series of real-world grocery stores. They are also planning on expanding heavily into India, which Amazon believes to be a burgeoning market.

It remains to be seen whether Amazon's aggressive expansion, both within and outside of the United States, will ultimately make this disappointing quarter worth it.