Game on: With PlayStation Vue, Sony makes a play for cord-cutters and the streaming TV market 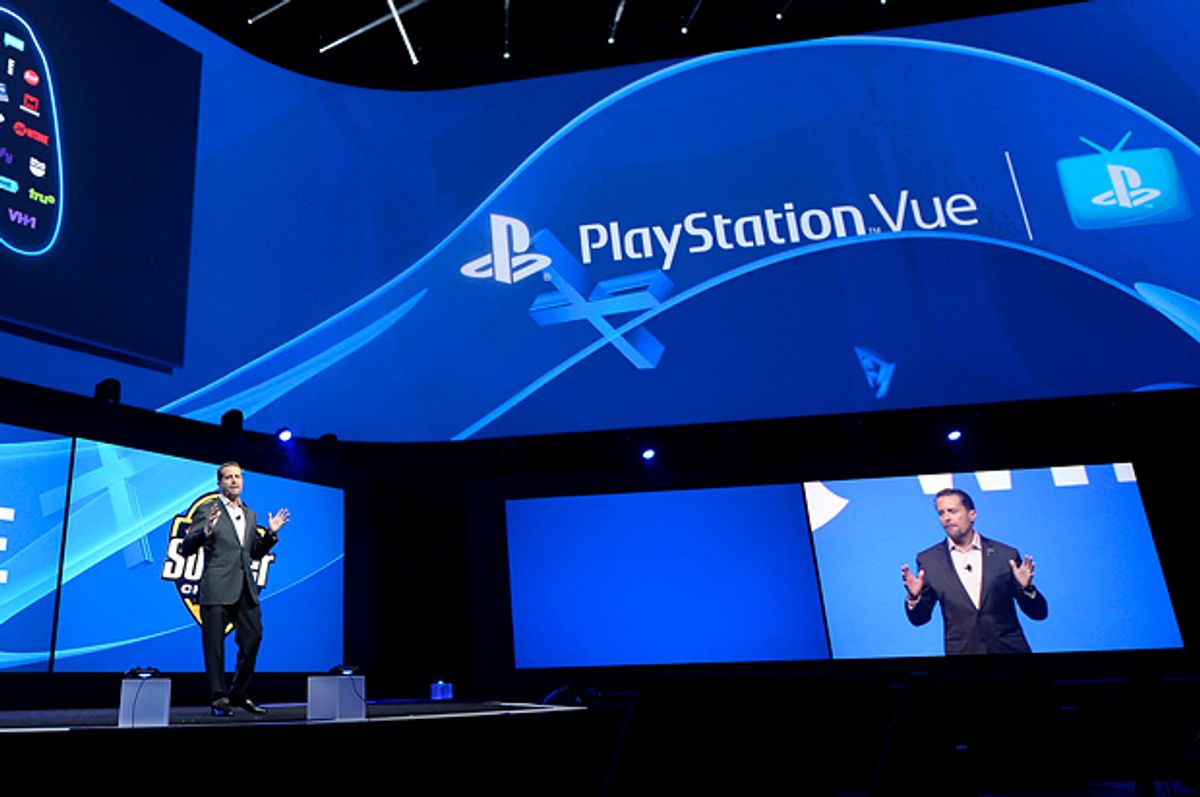 Sony has just announced that the PlayStation Vue can now be used on Android TVs and will soon also be accessible on PC and Mac.

"We’re pleased to announce that you can watch your favorite TV shows, movies, and sports through PlayStation Vue on Android TVs starting today," Sony stated on its website. "Additionally, web support for both PC and Mac is coming soon. You can sign up for PlayStation Vue via the web for these two new devices without the need of a PlayStation console."

PlayStation Vue is Sony's attempt to directly compete with cord cutting companies like Sling TV from AT&T and Hulu's upcoming live TV service. To do this, they're offering a cloud-based DVR which allows customers to schedule hundreds of shows, the ability to stream on five devices at once (Sling's best plan only allows three), and for Mac and PC users, a mini-player that can shrink videos to the corner of the screen so that consumers can multitask on their computers while watching TV. They are also offering a free seven-day trial to Android TV users who haven't yet created a PlayStation Vue account.

In addition to Android TVs, PS Vue can also be streamed on Amazon Fire TV, Roku, Chromecast devices, iOS and Android, and Sony devices like PlayStation 4 and PS3. Depending on the plan one chooses to use (which range from $24.99 to $64.99 each month), one can have access to anywhere from 55 to more than 100 channels, including AMC, Cartoon Network, Comedy Central, Disney, ESPN, HBO, and Showtime.