"I had forgotten that your parents came all the way from Thailand to serve George Washington." 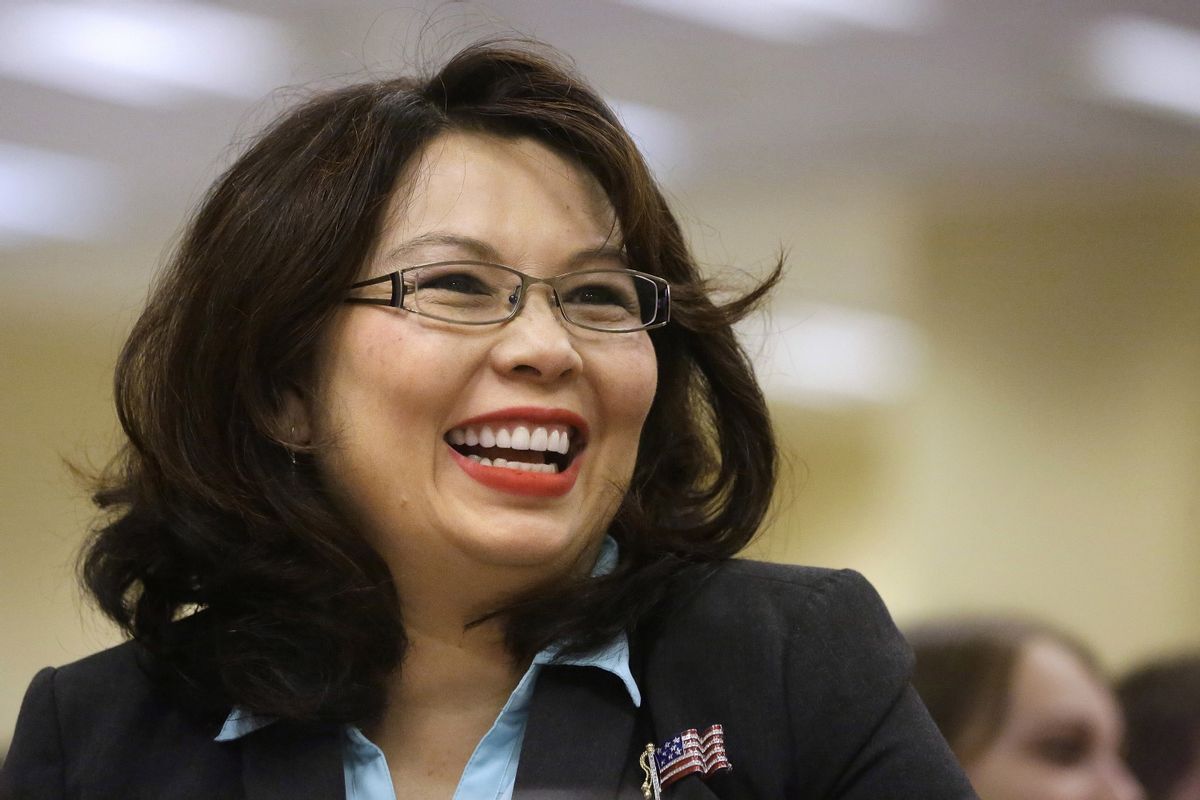 During the Senate debate between Kirk and his Democratic opponent, Rep. Tammy Duckworth, she said that “my family has served this nation in uniform, going back to the Revolution. I'm a daughter of the American Revolution.”

Kirk then snarkily replied, "I had forgotten that your parents came all the way from Thailand to serve George Washington."

"I forgot that your parents came all the way from Thailand to serve George Washington." - Sen Kirk to Rep Duckworth pic.twitter.com/WApfHL1GEq

Although Duckworth did not respond during the debate, her Senate campaign later tweeted, “"My mom is an immigrant and my dad and his family have served this nation in uniform since the Revolution.”

Duckworth's father’s family traces its lineage back to the American Revolution. Her mother immigrated to America from Thailand.

The Kirk campaign refused to apologize after the debate.

"Senator Kirk has consistently called Rep. Duckworth a war hero and honors her family's service to this country,"said Eleni Demertzis, a spokeswoman for the Kirk campaign. "But that's not what this debate was about. Rep. Duckworth lied about her legal troubles, was unable to defend her failures at the VA and then falsely attacked Senator Kirk over his record on supporting gay rights.”

Kirk's comments were in the same vein as Donald Trump, who mocked Sen. Elizabeth Warren (D- Massachusetts) by calling her "Pocahontas" on multiple occasions. That Kirk smeared Duckworth after pulling his support of the GOP presidential nominee was not lost on Donald Trump's campaign manager, Kellyanne Conway, who tweeted out a bit of schadenfreude Thursday night.

The same Mark Kirk that unendorsed his party's presidential nominee and called him out in paid ads? Gotcha. Good luck. https://t.co/IV7miL317s

Duckworth is the first woman elected to Congress born in Thailand. She lost parts of both her legs during her service during the Iraq War, where she won the Purple Heart among other military distinctions.

Kirk, on the other hand, has gotten into trouble for misrepresenting his military service. In 2011 he was caught in two lies — one claiming that he had fought in Iraq when in fact he had been stationed stateside, and the other that he had personally received an award for “Intelligence Officer of the Year” when in fact his unit had received the Vice Admiral Rufus L. Taylor Award.

This story has been updated to reflect Sen. Kirk's apology.