What is James Comey thinking?

Ex-Justice spokesman wonders why the FBI would send a mysterious, vague letter on a Friday afternoon 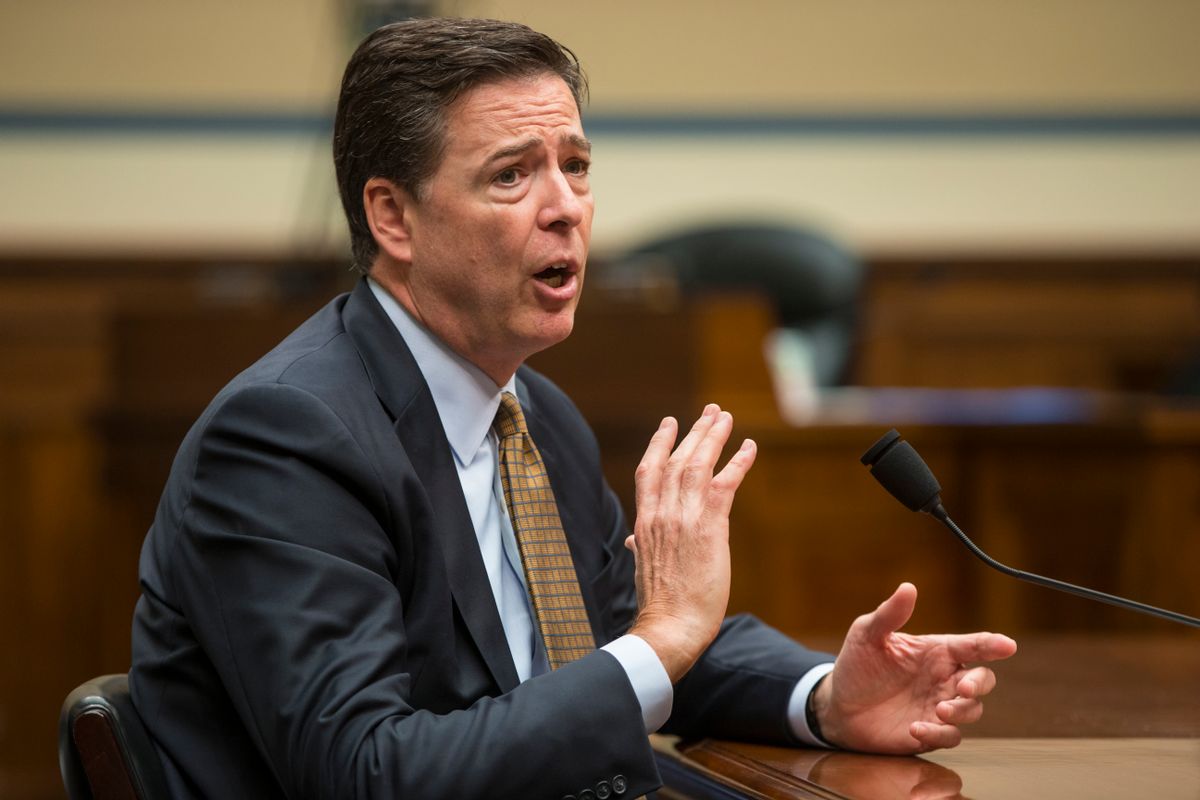 The FBI director seems to have gone rogue.

According to reports, the White House learned of the FBI's newest inquiry into Hillary Clinton through the letter FBI director James Comey wrote to Congress.

Comey unleashed an October surprise on Friday, just 10 days before the election, by writing a vague letter to Congress that announced new developments in Clinton's email case. The news captured headlines across all media outlets, and forced the Clinton campaign to write a statement asking Comey for details he omitted in the letter.

According to Miller, Comey "flagrantly violated" DOJ rules with the July press conference, and then "broke new ground" discussing details of the case to Congress.

He flagrantly violated DOJ rules with his press conference. Then went on to break new ground discussing details of the case to Congress...2/

On Friday, Comey took the unprecedented step of releasing details about a DOJ investigation on the eve of a presidential election.

But today's disclosure might be worst abuse yet. DOJ goes out of its way to avoid publicly discussing investigations close to election. 5/

Miller pointed out that these matters are difficult for voters to evaluate, especially with incomplete information, so the DOJ has a rule: "Don't comment on ongoing investigations. Then multiply that times ten close to an election," Miller wrote.

But perhaps the most pertinent question regarding Comey's behavior involves another investigation. Miller insists the FBI is investigating the links between the Russian hack and the Trump campaign. Interestingly, Comey refuses to comment on that investigation.