Donald Trump should tell that to Colorado's Republican secretary of state 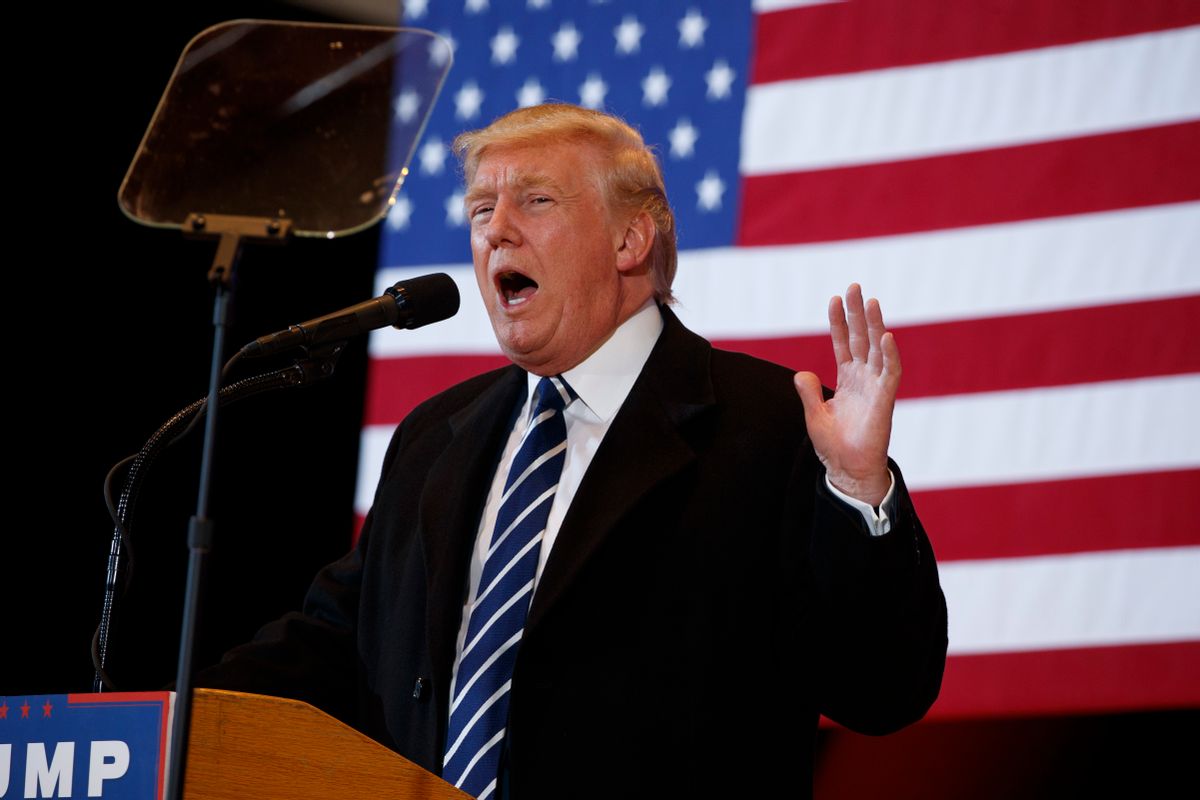 Donald Trump continued his shrill claims to electoral victimhood on Sunday, when he told a rally in Greeley, Colorado, that their state's mail-in ballots are just begging to be rigged.

Colorado has a largely vote-by-mail process, which Trump encouraged his supporters to challenge by appearing in-person to vote even after they've submitted their mail ballot. "They'll give you a ballot, a new ballot. They'll void your old ballot, they will give you a new ballot. And you can go out and make sure it gets in," Trump said.

"In some places they probably do that four or five times. We don't do that. But that's great," he went on to add.

As The Denver Post explained in an article earlier this month, vote rigging would be practically impossible in Colorado. "Pack a lunch . . .  and a dinner . . .  and a snack and a breakfast and a second lunch and four more weeks of food," the article joked, "because you’re going to be at it for at least a month in dozens of counties and will have to evade hundreds of people from across the political spectrum trying to stop you."

There is no single hackable election system in Colorado, the Denver Post wrote. Each of the state's 64 counties have their own set of systems which are overseen by independent local officials, use as many as five different brands of voting machines, and have to have their results reconciled and verified by bipartisan canvas boards. To effectively rig the entire state, one would need to bypass several layers of checks-and-balances in 64 geographically disparate locations.

“Donald Trump has been tweeting about elections being rigged, but he offers no evidence of such,” Secretary of State Communications Director Lynn Bartels told Denver's KMGH-TV. “I can say on Twitter I’m a supermodel, but that doesn’t make it so.”

Wayne Williams, the secretary of state, is one of many Republican secretaries of state to say that there's no real risk of vote rigging.

Despite this evidence, polls have found that Trump's claims of a "rigged" election are resonating with his party's base. In Iowa last week, a woman was arrested for trying to vote for Trump twice on the grounds that he was correct in claiming the election would be rigged.