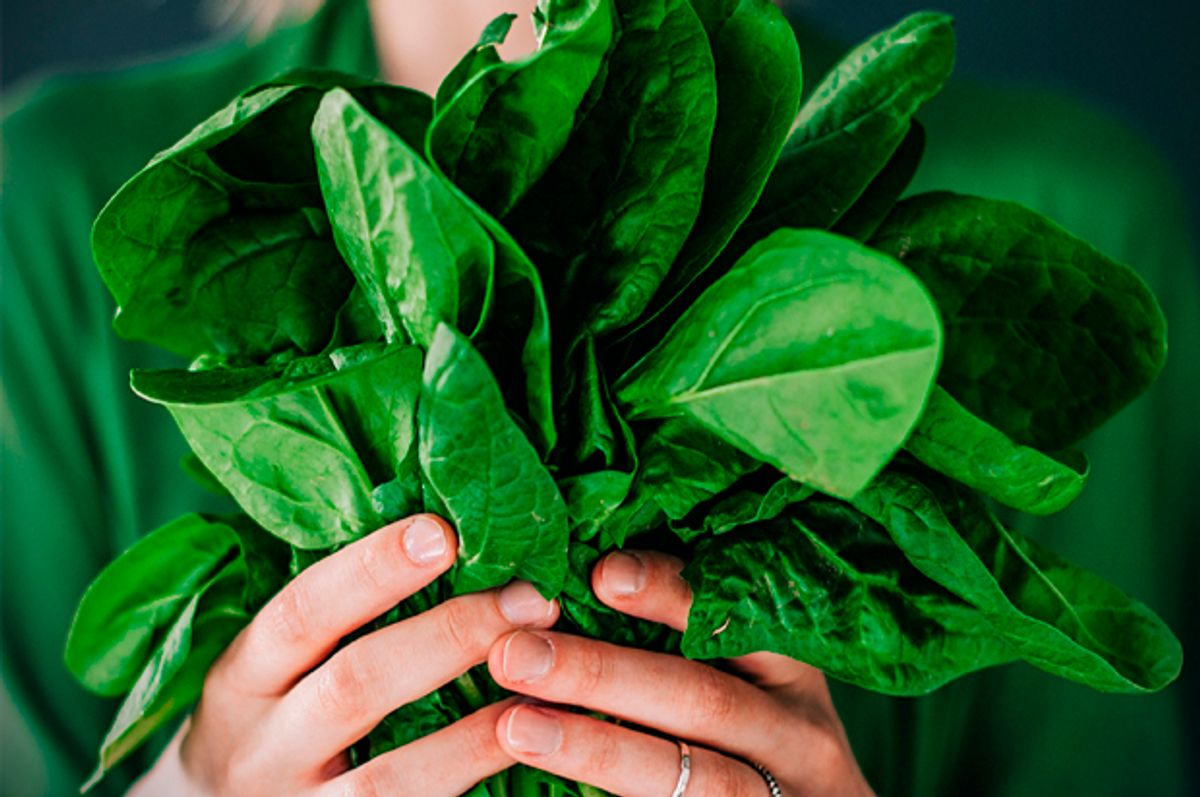 Could a leaf of spinach make the difference in thwarting a terrorist attack?

Scientists at the Massachusetts Institute of Technology are certainly hoping so. Using an approach known as "plant nanobionics," the researchers at MIT have embedded carbon nanotubes in spinach that identifies the odors of specific chemicals commonly used in incendiary devices. This allows the plant to sense explosives and wirelessly send that information to a handheld device.

“The plants were designed to detect chemical compounds known as nitroaromatics, which are often used in landmines and other explosives," explains MIT's website. "When one of these chemicals is present in the groundwater sampled naturally by the plant, carbon nanotubes embedded in the plant leaves emit a fluorescent signal that can be read with an infrared camera. The camera can be attached to a small computer similar to a smartphone, which then sends an email to the user.”

This is just scratching surface in terms of the potential for plant nanobionics. "This is a novel demonstration of how we have overcome the plant/human communication barrier," explained Michael Strano, leader of the research team that developed the new spinach plant and the Carbon P. Dubbs Professor of Chemical Engineering at MIT, in an interview with MIT News. He also believes this technology could be used to warn of pollutants and adverse environmental conditions.

“Plants are very good analytical chemists,” Strano said. “They have an extensive root network in the soil, are constantly sampling groundwater, and have a way to self-power the transport of that water up into the leaves.”

Min Hao Wong, an MIT graduate student who was one of the paper's lead authors and had started a company for further developing this new technology (Plantea), is equally optimistic.

“These sensors give real-time information from the plant. It is almost like having the plant talk to us about the environment they are in,” Wong exclaimed when discussing plant nanobionics' potential for not just bomb detection, but also assisting agricultural development. “In the case of precision agriculture, having such information can directly affect yield and margins.”