Sen. Richard Burr apologized, but not before joking about shooting the Democratic nominee 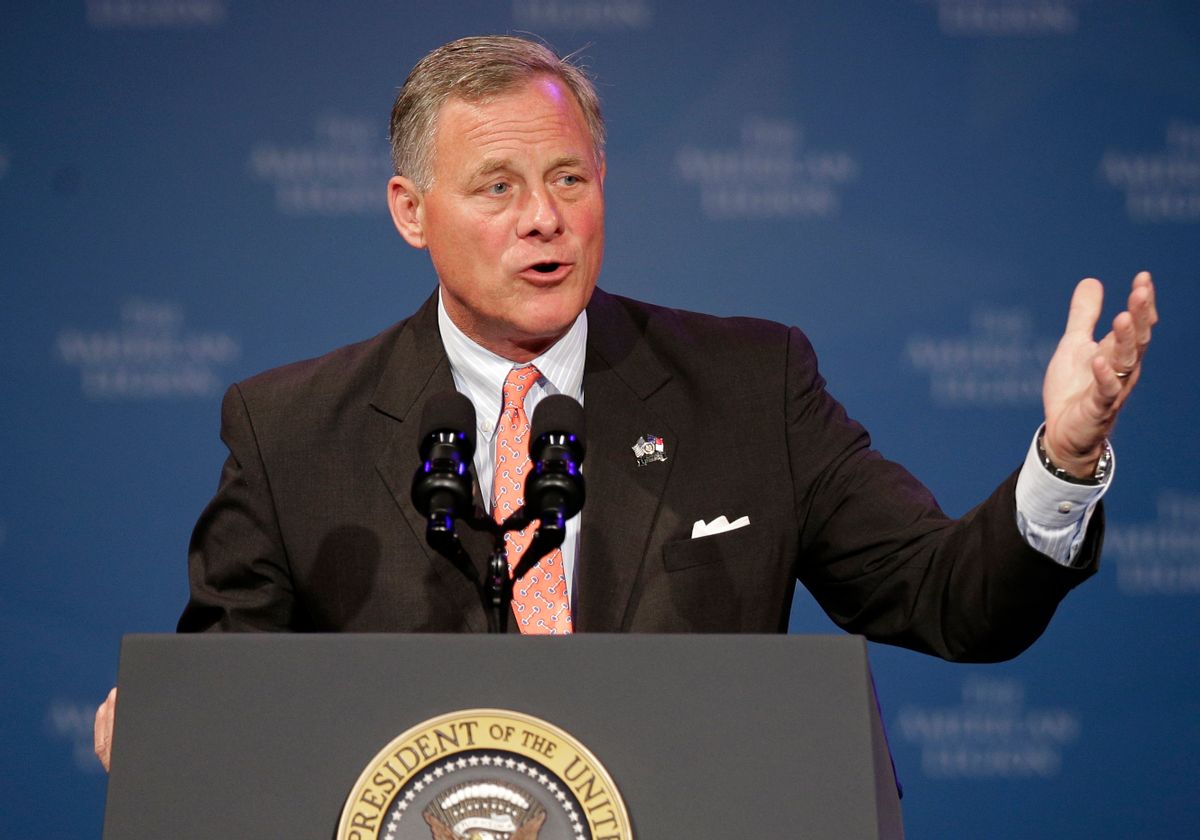 Sen. Richard Burr (R - North Carolina) is apologizing for his joke at a get-out-the-vote rally on Saturday that supporters of gun-rights might want to put a "bullseye" on Hillary Clinton.

"Nothing made me feel any better than [when] I walked to a gun shop, I think, yesterday in Oxford. There was a copy of Rifleman on the counter,” he said, referring to the NRA's monthly magazine. “It’s got a picture of Hillary Clinton on the front of it. I was a little bit shocked at that — didn’t have the bullseye on it.”

The recording was first reported to CNN on Monday night, and Burr has subsequently apologized for it.

“The comment I made was inappropriate, and I apologize for it,” Burr wrote in a statement provided to The News & Observer, a North Carolina publication.

At the same rally, Burr promised supporters that his role in the Senate was to block the confirmation of any Supreme Court justice nominated by Hillary Clinton.

“If Hillary becomes president," Burr also said, "I’m going to do everything I can do to make sure that four years from now, we’re still going to have an opening on the Supreme Court."

In making this pledge, Burr continued in a disturbing pattern that started with John McCain and Ted Cruz, who vowed throughout October that they would categorically refuse to consider confirming any Supreme Court nominee appointed by Hillary Clinton if she's elected president next week. The seat, vacated by the death of Justice Antonin Scalia in February, has remained open, even as President Obama's choice, Merrick Garland.