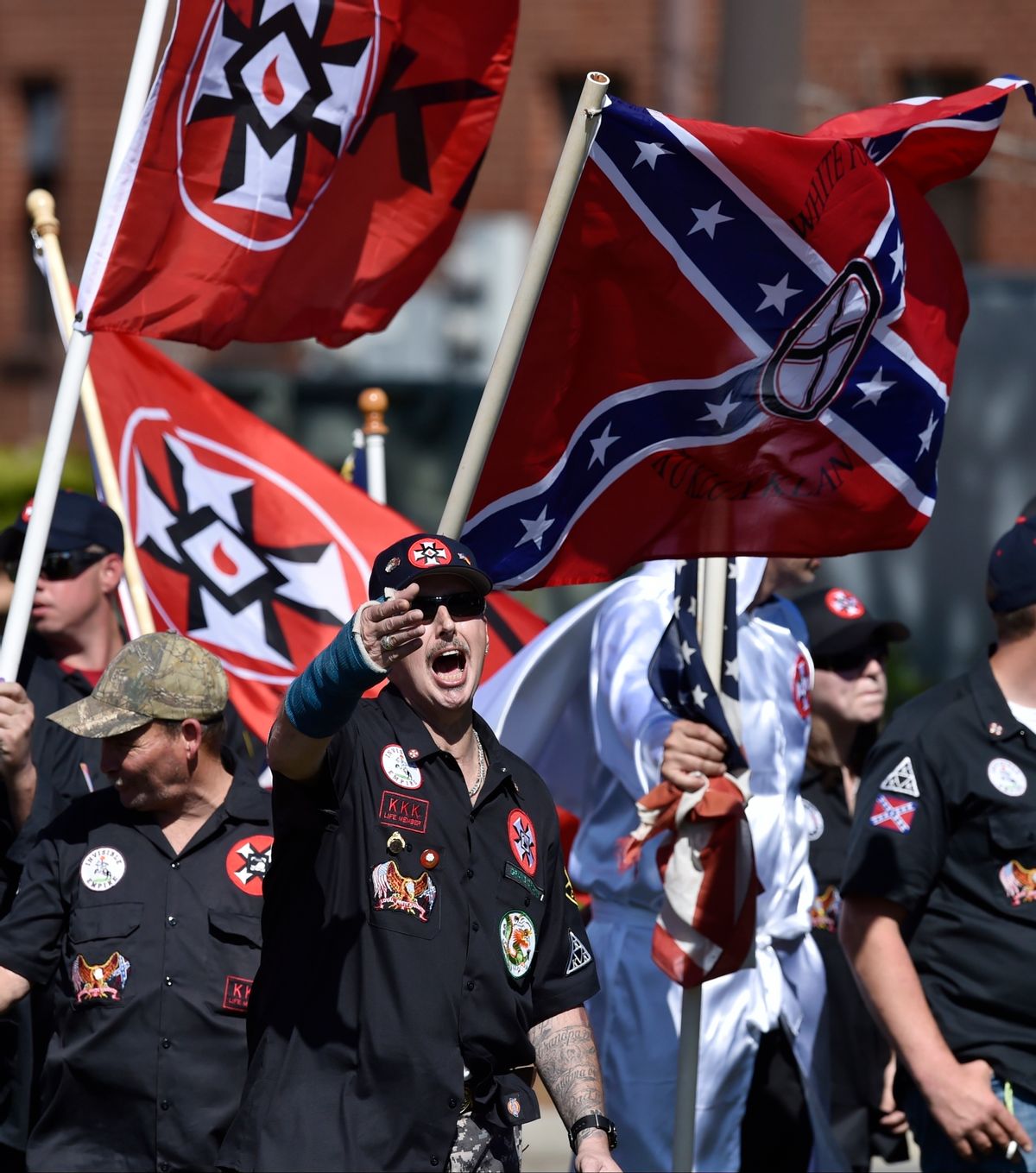 Donald Trump's awkward love affair from white supremacists continued on Wednesday as the campaign distanced itself from the glowing support of the KKK's official newspaper.

It's important not to use the word "endorsement" here because, technically speaking, The Crusader didn't go all-out and endorse Trump.

"Overall, we do like his nationalist views and his words about shutting down the border to illegal aliens," explained Pastor Thomas Robb, the national director of the Ku Klux Klan. "It’s not an endorsement because, like anybody, there's things you disagree with. But he kind of reflects what’s happening throughout the world. There seems to be a surge of nationalism worldwide as nationals reclaim their borders."

This qualification wasn't exactly great news for the Trump campaign. After all, this same article also claimed that the answer to Trump's campaign slogan, "Make America Great Again," is to realize that "America was great not because of what our forefathers did — but because of who our forefathers were. America was founded as a White Christian Republic. And as a White Christian Republic it became great." The campaign was quick to denounce the glowing remarks.

"Mr. Trump and the campaign denounces hate in any form," the Trump campaign told CNN in a statement. "This publication is repulsive and their views do not represent the tens of millions of Americans who are uniting behind our campaign."

The Trump campaign has long engaged in an awkward courtship with the alt-right, a term that includes a disparate number of conservative fringe groups generally unified by racist, sexist, anti-Semitic, and xenophobic views. Although these groups initially distrusted Trump, they were drawn in by his staunch anti-immigration rhetoric, which is one of the cornerstone issues that united most alt right factions. Their support solidified when they received what they perceived as "wink wink wink" signals from the Trump campaign, such as the candidate's retweeting of posts from white supremacist accounts, refusal to disavow racist leaders like David Duke, or openly using terms like "white genocide."

By February, when Duke told white supremacists that they needed to back Trump and that "if you vote for [Trump's primary rival at the time] Ted Cruz, you are acting in a traitorous way to our people," white supremacists from both old organizations like the KKK and newer ones like Reddit, 4chan, and 8chan forums had overwhelmingly coalesced behind Trump.

Trump's odd liaison with the alt right can also be traced to his relationship with Russian President Vladimir Putin, whose dictatorship is rooted in far right-wing ideals. In addition to throwing his weight behind Trump's presidential campaign, Putin has used propaganda pieces to push for fringe-right candidates in nations like Germany, France, and Great Britain. While Putin seems to have done this mainly for geopolitical reasons — wanting to weaken NATO, allowing him to  more aggressively expand Russia's power in former Soviet bloc countries — his efforts dovetail nicely with rising xenophobic sentiment in many European countries.

It's something Samantha Bee mentioned this week on "Full Frontal."

Whether it's Syrian refugees or undocumented Mexicans, there are plenty of white people who are terrified of newcomers, and the right-wing identity politics of the alt right appeal enormously to them.