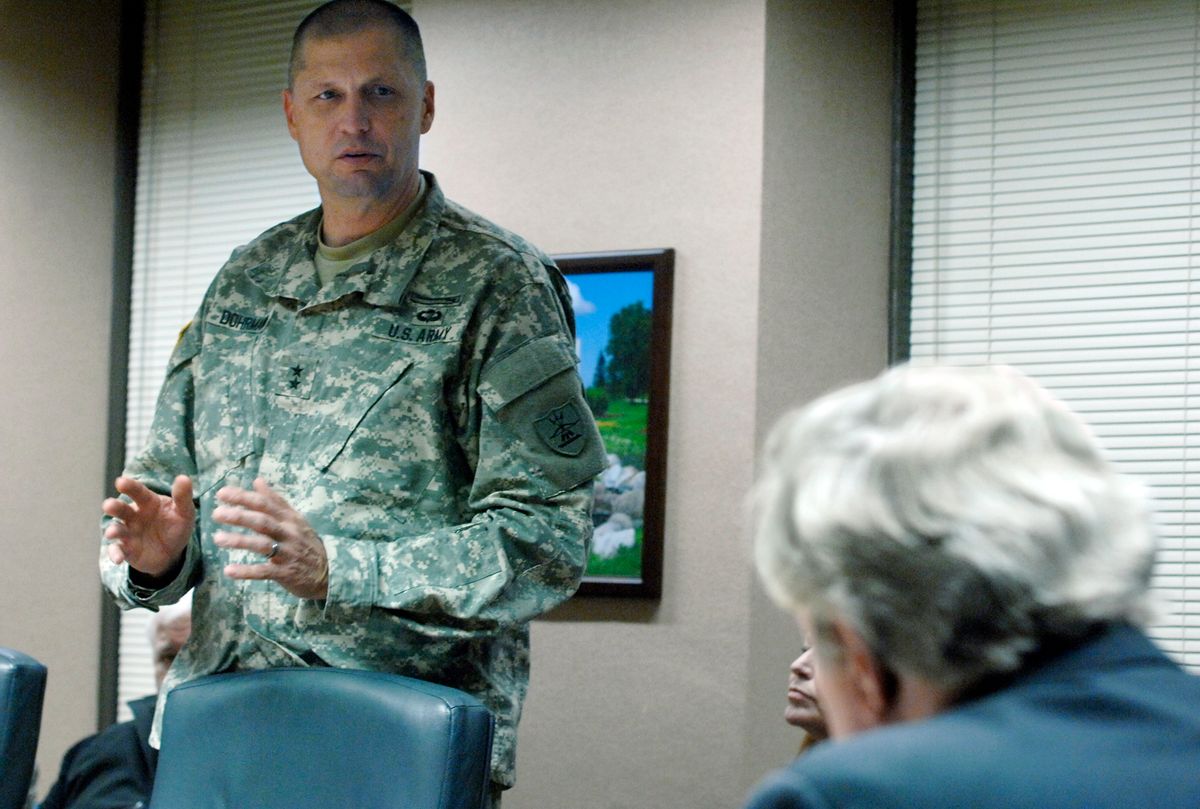 Maj. Gen. Alan Dohrmann, the leader of the state's National Guard, speaks at the state Capitol in Bismarck, N.D., to Gov. Jack Dalrymple, right, and other members of the state Emergency Commission while requesting an additional $4 million for the North Dakota Department of Emergency Services related to law enforcement costs associated with the Dakota Access Pipeline protests in Morton County. The state agreed Tuesday to borrow an additional $4 million to cover the escalating law enforcement costs, bringing the total line of credit to $10 million. Dalrymple says officials have asked for contributions from the federal government, the pipeline company, an American Indian tribe, "and any entity we can think of." (Mike McCleary/The Bismarck Tribune via AP) (AP)
--

BISMARCK, N.D.  — President Barack Obama says the U.S. Army Corps of Engineers is examining whether the Dakota Access oil pipeline can be rerouted in southern North Dakota to alleviate the concerns of American Indians.

Obama tells the online news outlet NowThis that his administration is monitoring the situation closely but will "let it play out for several more weeks."

The Standing Rock Sioux tribe worries that the $3.8 billion pipeline from North Dakota to Illinois will threaten its drinking water and destroy sacred sites. Protests that have included clashes with police have gone on for several months in North Dakota.

Obama calls it "a challenging situation." He says there's an obligation for protesters to be peaceful and for authorities to show restraint.

The 1,200-mile pipeline is largely complete outside of North Dakota.