Republicans who denounced Donald Trump are quietly voting for him 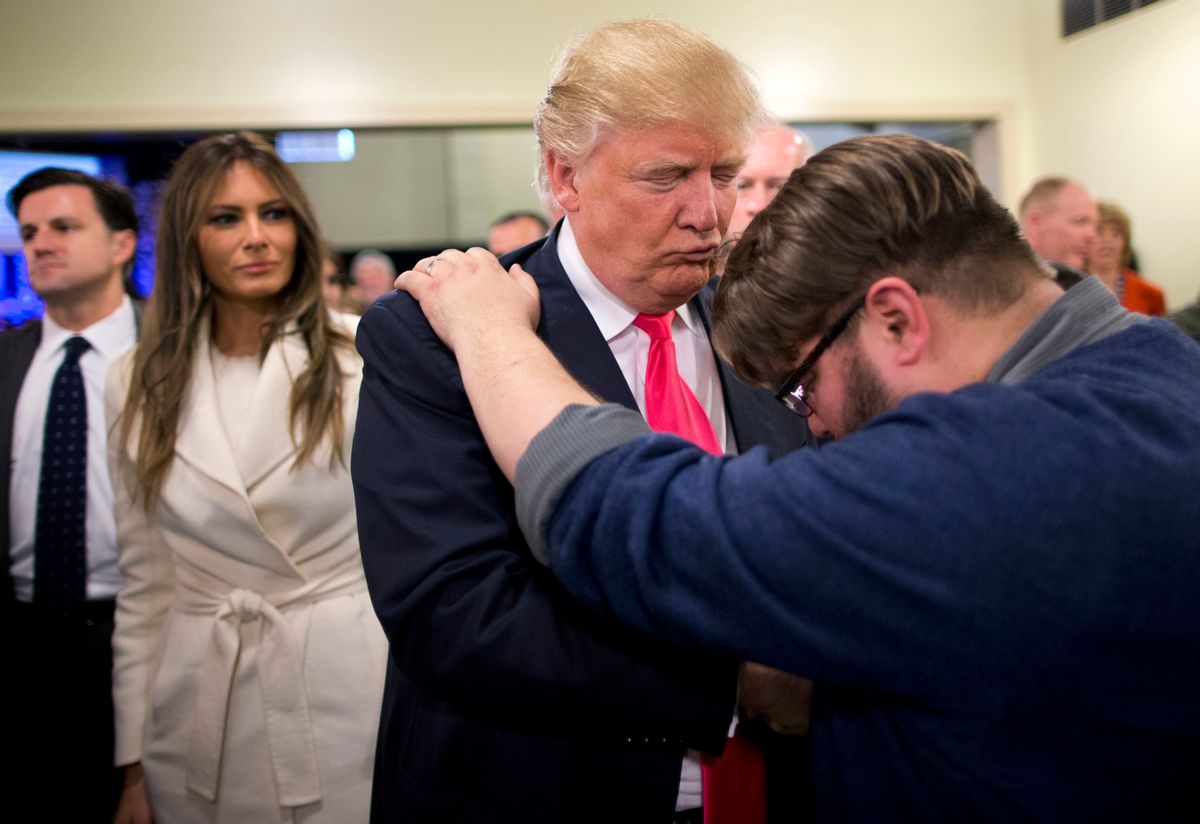 When Republican vice presidential nominee Mike Pence told a campaign rally in Valley Forge, Pennsylvania, that "Republicans across the country are coming home," he may not have only been talking about GOP voters. Like kids staying out well past curfew, many of the prominent Republican politicians who renounced Donald Trump are now creeping back into the GOP nominee's gold-plated house.

Rep. Joe Heck (R-Nevada) was the latest in this procession. During an interview on Wednesday with KNSV-TV, the Republican Senate candidate said, “I think he won our nomination through a very intensive primary process and caucus process, and the Republican voters decided that they wanted him as their nominee. So . . . then you’re qualified to be president.”

When the "Access Hollywood" tapes, in which Trump bragged about sexually assaulting women, was released, Huck was adamant that he couldn't support Trump.

"I can no longer look past the pattern of behavior and comments that have been made by Donald Trump," he said even as many attending his rally booed. "Therefore, I cannot in good conscience continue to support Donald Trump.”

Before Heck, House Speaker Paul Ryan waffled on his renunciation of Trump. Despite canceling a planned joint campaign event with Trump in Wisconsin after the "Access Hollywood" tape was leaked and later declaring that he was "focused entirely on protecting [GOP] congressional majorities," Ryan told "Fox and Friends" on Tuesday that "I already voted here in Janesville for our nominee last week in early voting. We need to support our entire Republican ticket."

Rep. Jason Chaffetz of Utah was one of the first high-profile Republicans to denounce Trump, telling the Salt Lake Tribune in early October that "I'm out. I'm pulling my endorsement.I can not support in any way, shape or form the comments or approach Donald Trump has taken. This is so over the top, it is not even acceptable in locker rooms. It shouldn't be acceptable anywhere. We are talking about the president of the United States. I want someone of high moral values."

Last week, however, Chaffetz tweeted "I will not defend or endorse @realDonaldTrump, but I am voting for him. HRC is that bad. HRC is bad for the USA."

I will not defend or endorse @realDonaldTrump, but I am voting for him. HRC is that bad. HRC is bad for the USA.

Sen. Mike Crapo of Idaho, who once condemned Trump for "repeated actions and comments toward women [that] have been disrespectful, profane, and demeaning," also told The Washington Post that he was going to support Trump.

"“[T]hough I thought and felt we needed a different choice, that’s not what we’re going to get, and we cannot elect Hillary Clinton for many reasons," Crapo explained. "Given that choice, I will vote for the Republican ticket: Trump and [vice presidential nominee Mike] Pence.”

Perhaps the most memorable Trump denunciation came from Sen. Ted Cruz, his chief rival during the Republican presidential primaries, who declared that he would not be a "servile puppy dog" and support Trump after the man insulted his wife and father. This didn't stop him from announcing last month that "on Election Day, I will vote for the Republican nominee, Donald Trump."