The debate started with Duke being called a snake, and ended with him shouting, "Are you going to silence me?" 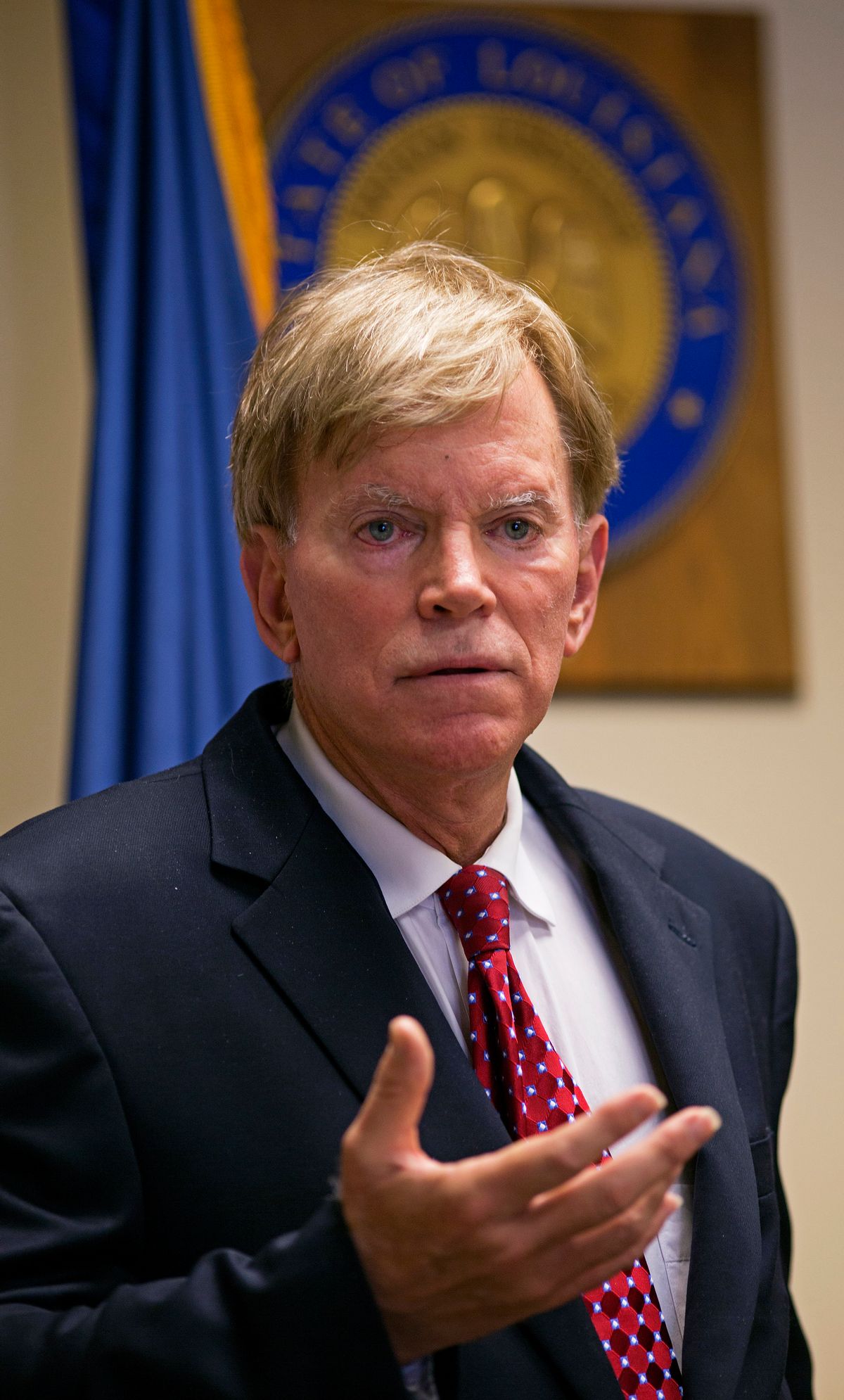 Former Ku Klux Klan leader David Duke talks to the media at the Louisiana Secretary of State's office in Baton Rouge, La., on Friday, March 22, 2016, after registering to run for the U.S. Senate, saying "the climate of this country has moved in my direction." Duke's candidacy comes one day after Donald Trump accepted the GOP nomination for president, and Duke said he's espoused principles for years that are similar to the themes Republicans are now supporting in Trump's campaign, on issues such as immigration and trade. (AP Photo/Max Becherer) (AP)
--

David Duke, the former KKK Imperial Wizard running for a U.S. Senate seat in Louisiana, let out a string of bigoted and violent statements during a debate Wednesday night.

The debate started on a heated note when Democratic candidate Caroline Fayard referred to Duke as a "snake that slithered out of the swamp." Duke responded by defending his white supremacist views, sarcastically commenting, "Yeah, I’m the bad guy because I defend the people of this country that made our country great."

Duke was alluding to Donald Trump's slogan, "Make America Great Again." The white supremacist repeatedly characterized himself as a staunch Donald Trump supporter, even referring to himself at one point as "Donald Trump's most loyal advocate."

Then, Duke echoed a claim made by Trump on Monday suggesting that Hillary Clinton be executed.

"The lady should be getting the electric chair, being charged with treason," Duke proclaimed regarding Clinton's email scandals.

To be fair, Duke's incendiary remarks weren't limited to Clinton. When moderator John Snell asked him to defend a reference on his website to "CNN Jews," Duke argued that he isn't actually anti-Semitic because he only dislikes the Jews he believes aren't sufficiently loyal to America.

“I’m not opposed to all Jews," he insisted. "I’m against Jews or anybody else that puts the interests of some other place over our own country.”

Duke also had harsh words for the student activists who assembled to protest his appearance on the debate stage (many of whom were pepper sprayed by law enforcement). After referring to them as Black Lives Matter "radicals," Duke proclaimed ominously to his white racist supporters that "It is time we stand up now. We're getting outnumbered and outvoted in our own nation."

The debate ended with Duke ranting and raving at the moderator and other candidates (now departing) because Snell clarified that Duke had not been targeted by the government for his white supremacist ideology, but because he had stolen money from his supporters to fund his gambling addiction.

Duke never got the chance to respond.