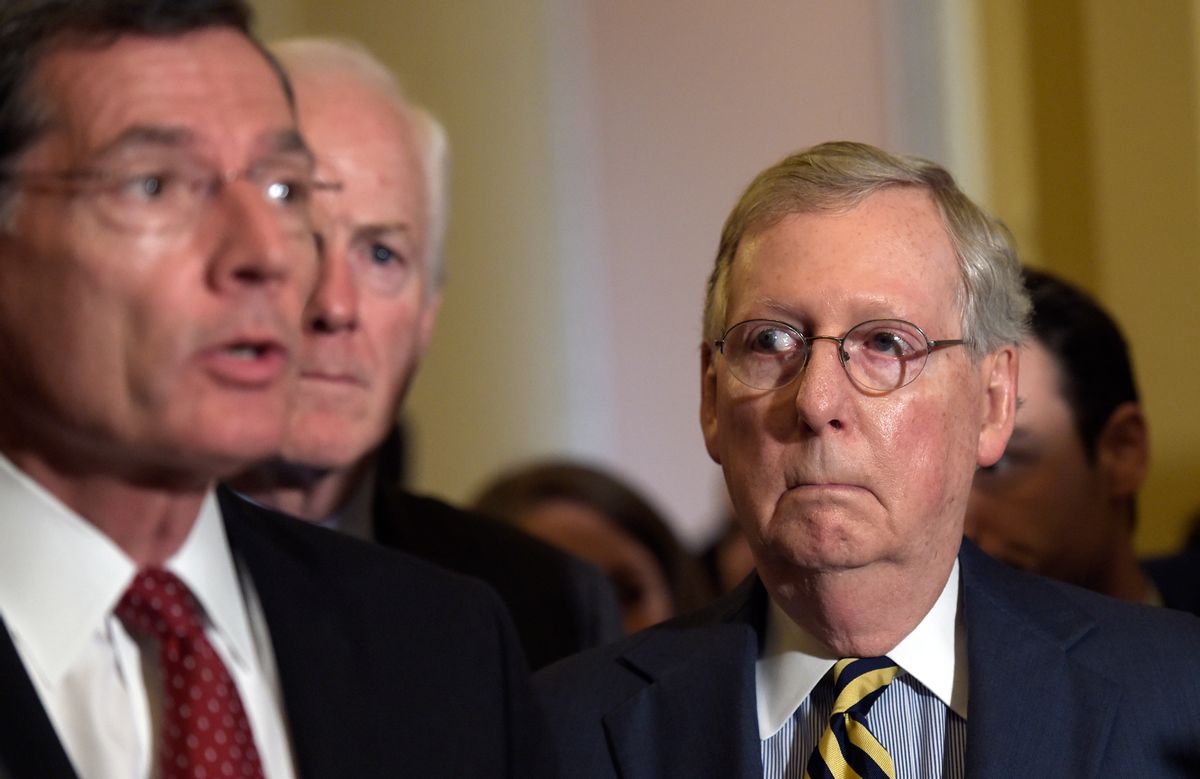 Senate Majority Leader Mitch McConnell may have kept his silence about Donald Trump through most of the election year, but now that he's allowed his views to be known, they're frankly terrifying.

"We need a new president, Donald Trump, to be the most powerful Republican in America," the Kentucky senator proclaimed at a rally in Frankfort, Kentucky on Wednesday.

He later added that "if America votes like Kentucky, we'll be fine."

McConnell's new pro-Trump attitude is in stark contrast to his initial reluctance to say anything about the Republican presidential nominee. After the release of the "Access Hollywood" tape in which Trump bragged about sexually assaulting women, McConnell condemned Trump's remarks but refused to disavow the candidate. A few days later, when speaking at an event in Kentucky, McConnell implicitly acknowledged that people might want to hear more about his views on Trump but instructed potential inquirers to "get up and leave, because I don’t have any observations to make on that."

McConnell was similarly unwilling to speak on Trump's behalf in June, even though he had endorsed him the previous month. First, he told Capitol Hill reporters, “I’m not going to be commenting on the presidential candidate today." One week later, he repeated his insistence on remaining silent, saying,  “I don’t particularly want to sit here today and critique the presidential campaigns.”

Despite McConnell's willingness to cozy up to Trump now, he spent much of the 1960s actively supporting the civil rights movement, and was in attendance at the rally in which Dr. Martin Luther King, Jr. delivered his famous "I Have A Dream" speech.