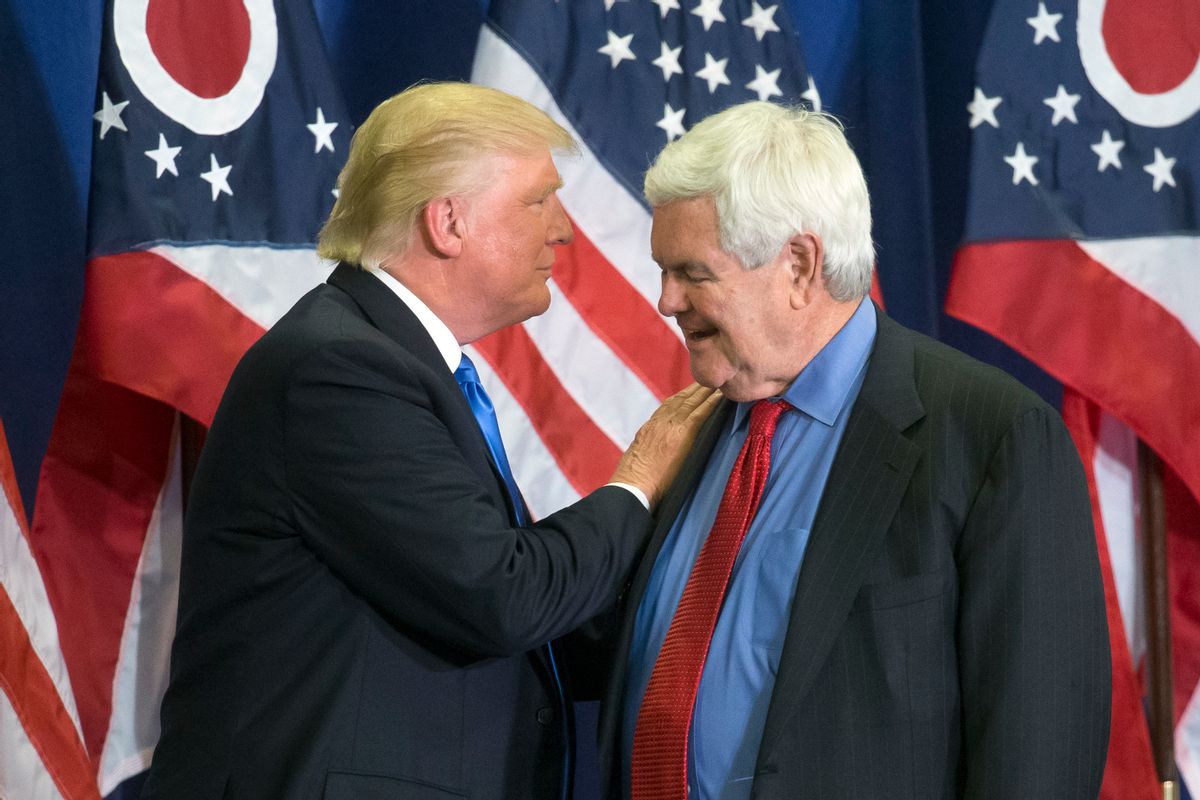 Donald Trump's White House would essentially be a Three Stooges of embarrassed Republicans who resurrected their careers by hopping aboard the Trump Train.

The two names that immediately attract attention are former House Speaker Newt Gingrich, who is being considered for secretary of state, and former New York City mayor Rudy Giuliani, who is the favorite for attorney general, according to NBC News. Gingrich is best known for his controversial tenure in the 1990s, during which he pushed the GOP to the right on a number of social, economic, and foreign policy issues, while Giuliani's mayoralty was notorious for expanding police powers at the expense of the civil rights of poor and non-white citizens.

One name that was conspicuously absent was that of Gov. Chris Christie, who despite once being a close adviser to Trump has seen his prominence fade after revelations of corruption and abuse of power came out during the Bridgegate trials. He used to lead Trump's transition team (a role now assumed by Sen. Jeff Sessions) and at one point was strongly considered for the attorney general position — but since the news Friday that two of his aides were found guilty for their part in the Bridgegate scandal, Christie has been pulled off campaign events, and has been kept out of sight.