The FBI hasn't taken action against Clinton. This isn't great for Donald 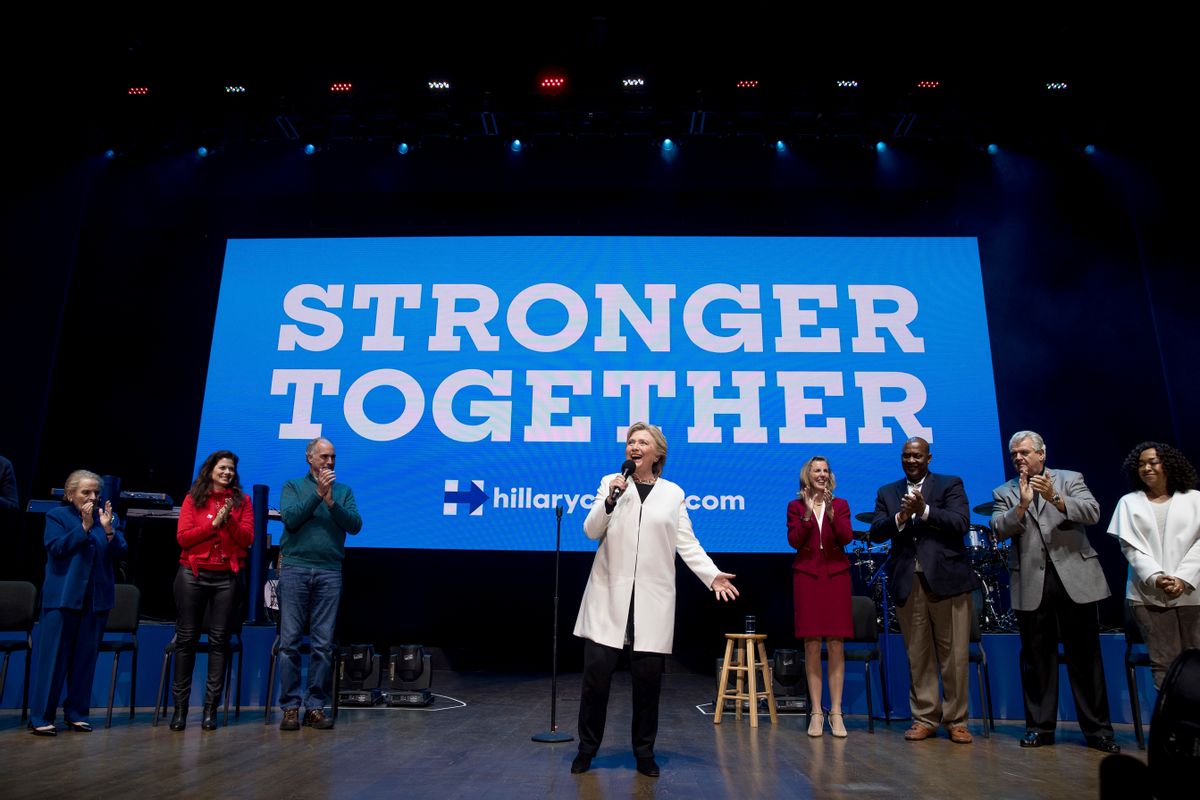 Democratic presidential candidate Hillary Clinton takes the stage for a Get Out the Vote concert at the Mann Center for the Performing Arts in Philadelphia, Saturday, Nov. 5, 2016. (AP Photo/Andrew Harnik) (AP)
--

When FBI Director James Comey announced on Sunday that the FBI had not changed its conclusion about Hillary Clinton not committing a crime, it was as if the last gasp of air had escaped from the mouths of the Trump campaign. After all, they had spent weeks facing signs that they were heading toward the wrong end of an electoral landslide. This made Comey's announcement seemed to be a lifeline tossed out to them.

Now it appears that lifeline has been cut, and they aren't happy about it.

Former House Speaker Newt Gingrich, a close adviser to Trump who is rumored to be on the short list for secretary of state if Trump wins, sent out the following tweet shortly after news broke of the FBI's decision.

Comey must be under enormous political pressure to cave like this and announce something he cant possibly know.

The day after Comey's initial letter to Congress, though, Gingrich was full of glee, calling for the FBI to release everything immediately.

If there are really more than 10,000 emails in the weiner-Abedin computer the FBI should release all monday.Americans have a right to know

We should not be forced to vote with ten thousand or more emails still hidden by the FBI. John Podesta and Hillary Clinton are right.

"Mishandling classified information is a crime," Pence insisted. "Literally, right now you’ve got everyone from a four-star general to a sailor that are facing prison time for having mishandled a fraction of the number of documents that the FBI concluded were on her server."

One week earlier, Pence had praised FBI Director Comey, telling "Fox News Sunday" that "what you see here is an example of real leadership. We commend the director of the FBI and the FBI for following through on their work before the Congress."

Trump campaign manager Kellyanne Conway expressed similar views to MSNBC's Steve Kornacki on Sunday night, even going so far as to personally attack Comey despite praising him for deciding to do "the right thing" less than two weeks ago.

"I immediately thought he's mishandled the investigation from the beginning and this proves it yet again," Conway told Kornacki. "Do you think that they went through hundreds of thousands of emails in a week? Because that may strike a lot of Americans as unusual. I don't know if I'd have the capacity to do that."

Rep. Jason Chaffetz, who chairs the House Oversight and Government Reform committee, was only slightly more generous than Pence and Conway.

“I believe in the integrity of the FBI. I happen to differ on what the conclusion should actually be,” Chaffetz told CBS News on Sunday, adding "Regardless of the results of the election, of course we are going to continue to probe this."

House Speaker Paul Ryan released a statement after the FBI's decision that attempted to spin it as confirmation of Clinton's alleged character deficiencies rather than a vindication for her.

"Regardless of this decision, the undisputed finding of the FBI's investigation is that Secretary Clinton put our nation's secrets at risk and in doing so compromised our national security," Ryan wrote. "She simply believes she's above the law and plays by her own rules."

Trump himself, of course, has used the FBI's announcement to reiterate his ongoing charge that the election has been rigged against him.

"Right now, she is being protected by a rigged system. It's a totally rigged system," Trump told supporters in Sterling Heights, Michigan, on Sunday. "I've been saying it for a long time. You can't review 650,000 new emails in eight days. You can't do it, folks."