Elizabeth Warren offers Donald Trump an olive branch: "I offer to put aside our differences" 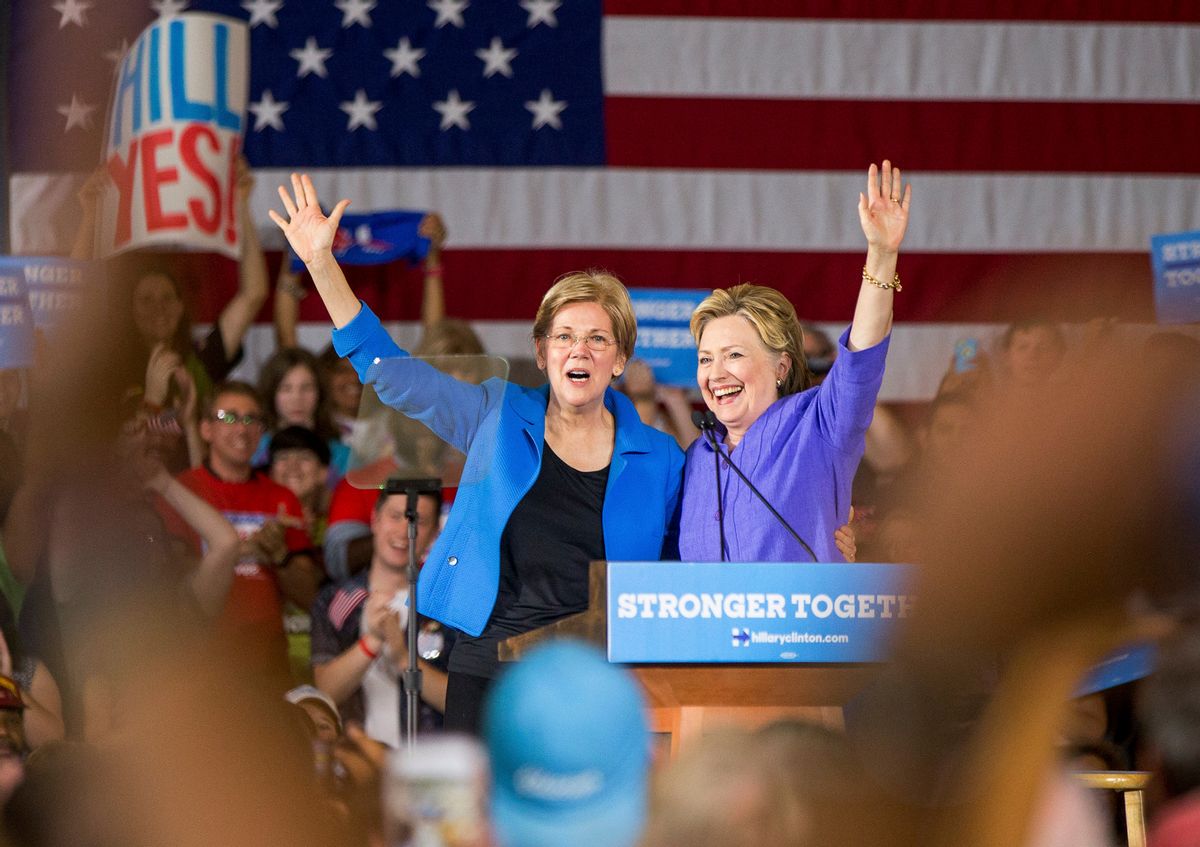 FILE - In this June 27, 2016, file photo, Democratic presidential candidate Hillary Clinton, is introduced by Sen. Elizabeth Warren, D-Mass., left, at a rally at the Cincinnati Museum Center at Union Terminal in Cincinnati. (AP)
--

In a statement published on Wednesday, Senator Elizabeth Warren offered an olive branch to President-Elect Donald Trump in a rare and hopeful show of bipartisanship.

"It's no secret that I didn't want to see Donald Trump win yesterday," Sen. Warren wrote to The Boston Globe. "I'm intensely frustrated by the apparent likelihood that, for the second time in five elections, a Democratic nominee will have won the popular vote but lost the presidency in the electoral college. But the integrity of our democracy is more important than any individual election, and those of us who supported Hillary Clinton will respect this result.

"President-elect Trump promised to rebuild our economy for working people, and I offer to put aside our differences and work with him on that task. When he takes the oath of office as the leader of our democracy and the leader of all Americans, it is my sincere hope that he will fulfill that role with respect and concern from every single person in this country, no matter who they are, where they come from, what they believe, or whom they love."

Warren's statement comes one day after she admitted to reporters outside her polling place in Cambridge that she was anxious about the possibility of Trump winning.

"Of course I’m nervous," she said. "If there is any chance at all that Donald Trump could be elected to lead this country, then I’m nervous, and that’s why I’m out working, I’m headed out to do more work today."

Sen. Warren is widely regarded to be a leader of the Democratic Party's progressive wing. Like many other political leaders, she was viciously ridiculed and attacked by Trump during the campaign, most notably when he derisively called her "Pocahontas" in reference to her having claimed to have Native American ancestry.