We're not alone: Mylan is paying a steep price for the EpiPen, too 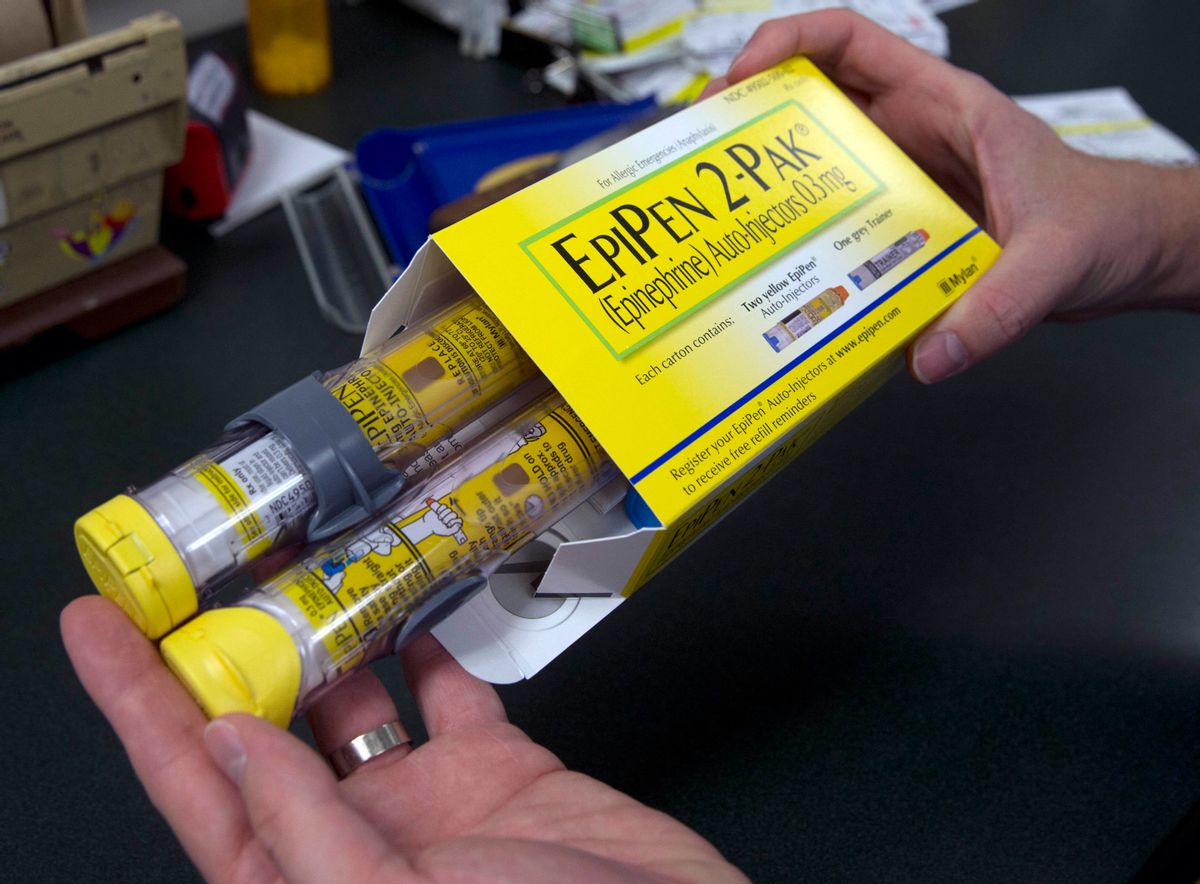 FILE - In this July 8, 2016, file photo, a pharmacist holds a package of EpiPens epinephrine auto-injector, a Mylan product, in Sacramento, Calif. Mylan said it will make available a generic version of its EpiPen, as criticism mounts over the price of its injectable medicine. (AP Photo/Rich Pedroncelli, File) (AP)
--

Pharmaceutical company Mylan NV, best known for making EpiPens, continues to suffer financially due to its controversial pricing of the EpiPens.

The company announced that year-over-year quarterly sales had fallen 4 percent to $418 million for the segment of the company that includes EpiPens. The company took a major PR hit from congressional hearings about its price hikes and it paid a $465 million settlement that resulted from the discovery that Medicaid had overpaid Mylan.

Still, the company's stock rose, closing up 4.9 percent at $38.92 on Wednesday, thanks to expectations that Donald Trump's victory in the 2016 presidential election diminished the chances of new federal restrictions on drug prices.

Mylan has come under fire for how it has priced and distributed EpiPens, which are used to help children with severe allergy issues. Since 2008, the price of EpiPens has been raised by 461 percent while the salary of Mylan CEO Heather Bresch has increased by 671 percent. In addition, it came out that Gayle Manchin, the wife of Sen. Joe Manchin III (D - West Virginia) and head of the National Association of State Boards of Educations, had recommended that states require their schools to stock EpiPens, which posed a conflict of interest since Bresch is her daughter.

“Over the past year, we’ve seen far too many examples of drug companies raising prices excessively for long-standing, life-saving treatments with little or no new innovation or R&D,” Clinton said in a statement released by her campaign in September. “This is not an isolated problem. Between 2008 and 2015, drug makers increased the prices of almost 400 generic drugs by over 1,000 percent. Many of these companies are an example of a troubling trend — manufacturers that do not even develop the drug themselves, but acquire it and raise the price.”