Breaking: "I call upon all Americans to stand together — and also to fight one another": The Greatest Living American Writer

Donald Trump's election has shown the ivory tower how important it is, the Greatest Living American Writer tells us 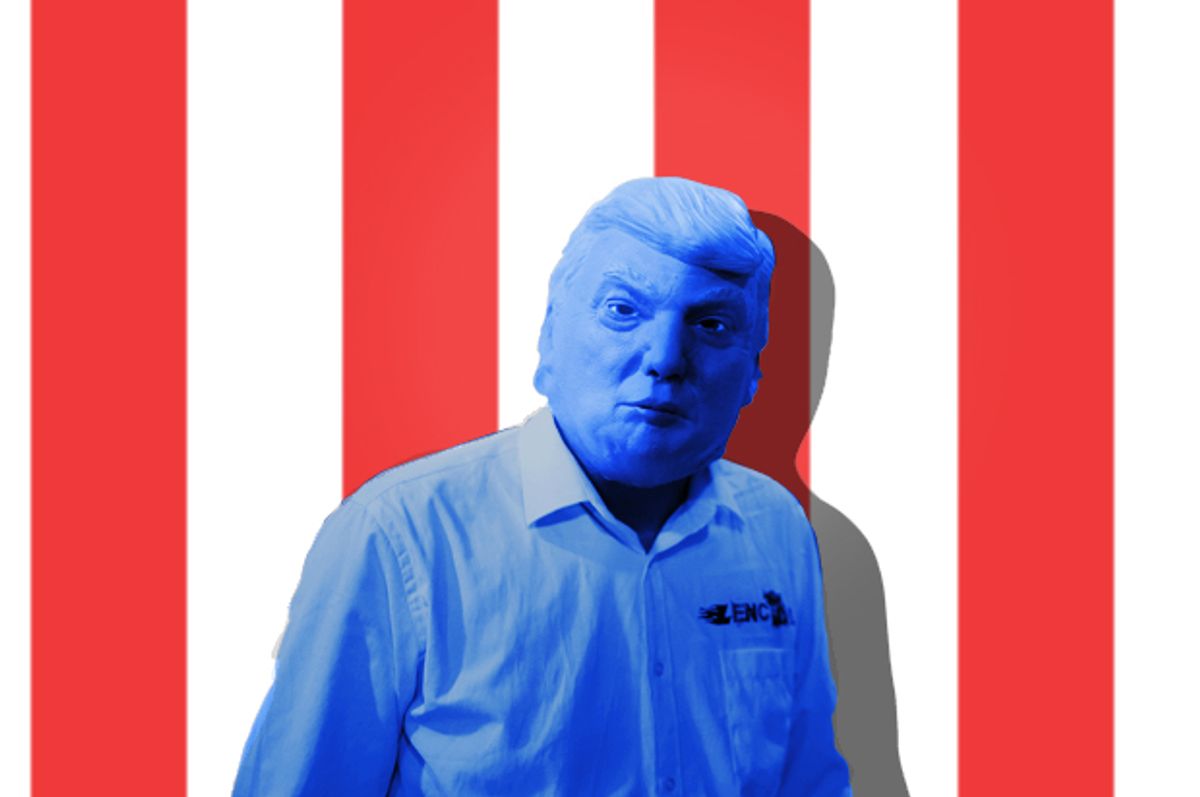 As I stand here on the parapet, the storm clouds are gathering over Mount Winchester and beyond. Our national tumult roils, though I can only glean faint digital glimpses of it; the nearest population center is 20 miles away, and even that is just a post office and a muffin shop.

Nevertheless, I am The Greatest Living American Writer, and all my senses are therefore tingling. I’ve lived through countless national calamities — the Vietnam War, Watergate, the Iran-Contra Scandal, the Clinton impeachment hearings and the finale of "Lost" — and have written pointedly about them all.

As I said in my 1981 bestseller "America Will Survive," “America will survive. It has always survived. It is a nation of survivalists. Our great experiment shall endure, as long as they repeal the estate tax.” I could more or less write the same paragraph today, and, in fact, I just did.

Like my lesser colleague David Remnick, I speak for all Americans but mostly for myself. While I won’t reveal here how I voted this week, I will say that I also wish to make America great again, believe that we are stronger together, think that vaccines cause autism and have no clue where Aleppo is. Like most Americans to the manor born, this election divided my loyalties and tore my soul asunder. And now approximately a quarter of the people have spoken. They want Donald Trump, an alien lizard-man in human form.

But who are we to question the judgment of democracy? As I wrote in "The Judgment Of Democracy," my 1974 Penthouse essay, “The great masses of men, and occasionally women, vote when they are told. In this case, they voted for Richard Nixon twice, so they deserve the cornholing they’ve received. Roger, where are my Quaaludes?” That was a fallow period for my intellect admittedly, there at the dawn of disco.

Now the white people have chosen, and their choice is clear. We must embrace that choice like we would embrace a moldy old teddy bear after all the rest of our toys have been taken away. “We live in Trump’s America now,” I write in my soon-to-be-best-selling book "Trump’s America," coming in 2017 from Scribner. “It is an America not like the America we knew, but also exactly like the America we didn’t want to know. Where did America go? It was right here all along. Or was it? Of that, we can be certain.”

There has been much talk about how this election was a “rejection” of the “elites,” to which I must reply, like my housemates at Yale used to say, “pish posh golly gosh, now it’s time for blackface.” The elites, not to mention the lovely ladies at the Elite Modeling Agency, remain as relevant as ever.

It’s not our style to hide our pens and our keyboards in the face of an illiterate mob. We will continue to speak truth to justice even as we consolidate our power. As I wrote in my 1964 National Review essay "The Courage of the Elites," “We have read our Herod and our Thucydides, our Aristophanes and our Homer. We have memorized the speeches of Prince Hal. We must carry forth our ideals, bow ties straightened, onward toward the precipice of freedom.” I read lots of books in college, and I was pleased to let everyone know that fact.

Yet this is also a moment of resistance. As America’s foremost warner about fascism, I must caution you all to stand guard. In my 1985 New Republic article, "That Darn Reagan," I said, “When fascism comes to America, it won’t be wearing jackboots, it will be wearing a bright-red baseball cap made in China, proudly holding aloft a hatcheted elephant’s tail. It will share a couch with Whoopi Goldberg on occasion.” I take no pride in literary soothsaying, and yet the sooth was said way back when, so I must feel proud regardless.

We must embrace. We must resist. We must embrist. This was a nation born on the notion of white male supremacy and also on the notion that all people are equal. That conflict, that tension keeps the wheels of capitalism turning, along with oil and bribery. If we want to hold on to America — our America — we have to cling to the ideals that make this country great, even if those ideals sometimes conflict, like weasels trapped together in a sack. Let the sky fall, when it crumbles. We will stand tall, face it all together.

And now, if you’ll excuse me, my editor at The New Yorker is calling. He wants a pointed essay, tout suite. The world may be burning, but literature lives eternal.

That is my gift to you.