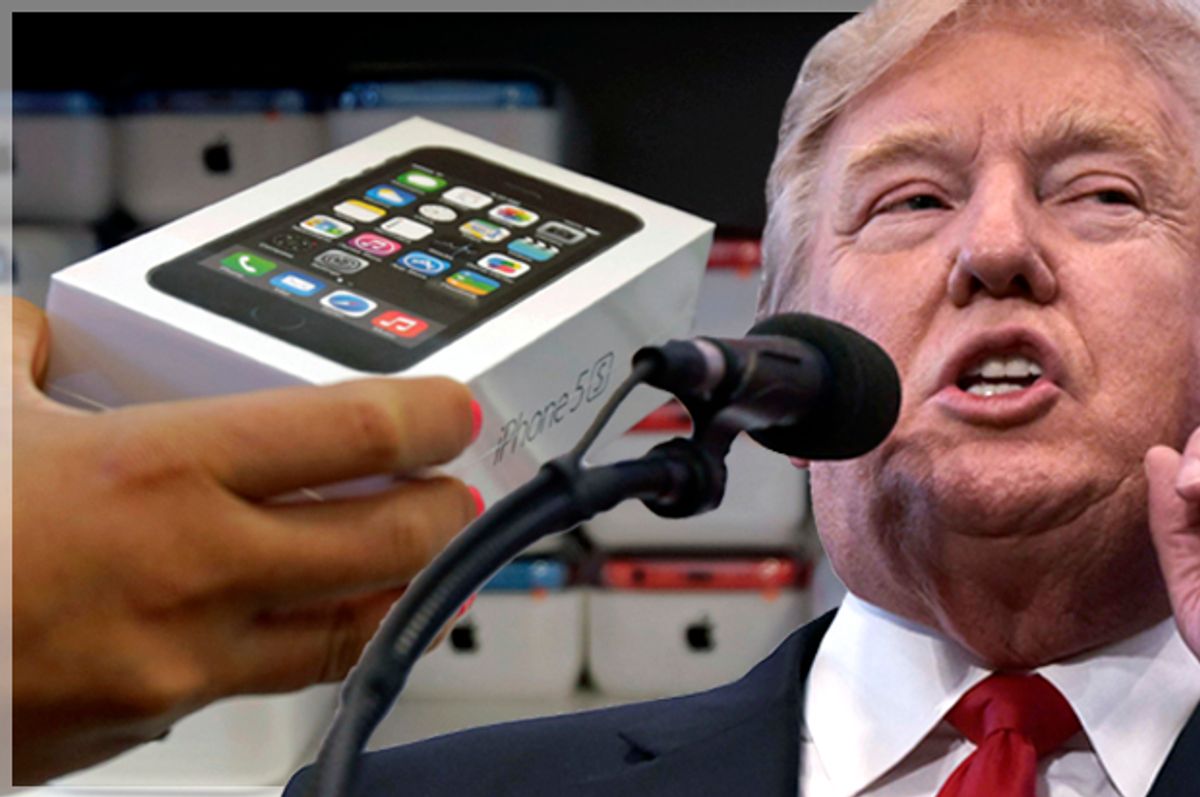 On Sunday the Chinese government used its state-owned newspaper, the Globe and Times, to ominously warn President-elect Donald Trump about the dire consequences which will ensue if he decides to launch a trade war.

"Not long after Barack Obama took office, US trade and commerce authorities announced a 35 percent import tariff on Chinese tires," the newspaper wrote. "In response, China took retaliatory steps of imposing tariffs on US chicken and automotive products. Both China and the US suffered losses as a result. From then on, the Obama administration waged no trade war against China."

It went on to project disastrous consequences for American consumers if Trump followed through on his anti-free trade platform.

"If Trump imposes a 45 percent tariff on Chinese imports, China-US trade will be paralyzed," the newspaper argued. "China will take a tit-for-tat approach then. A batch of Boeing orders will be replaced by Airbus. US auto and iPhone sales in China will suffer a setback, and US soybean and maize imports will be halted. China can also limit the number of Chinese students studying in the US."

"Trump as a shrewd businessman will not be so naïve," it opined.

Trump's tough talk toward China has been part of the broader protectionist agenda that has defined his presidential campaign. This has included labeling China as a currency manipulator and, as the Global Times noted, calling for a 45 percent tariff on Chinese imports.

Despite these tensions, the Trump campaign released a statement on Monday describing a hopeful conversation between Trump and Chinese President Xi Jinping.

"During the call, the leaders established a clear sense of mutual respect for one another, and President-elect Trump stated that he believes the two leaders will have one of the strongest relationships for both countries moving forward," claimed Trump's presidential transition office.