Steve Bannon runs an anti-Semitic website, is a misogynist and will be one of Donald Trump's senior advisers

One of the White House's top voices will be a man who has promoted, and been embraced by, the worst of America 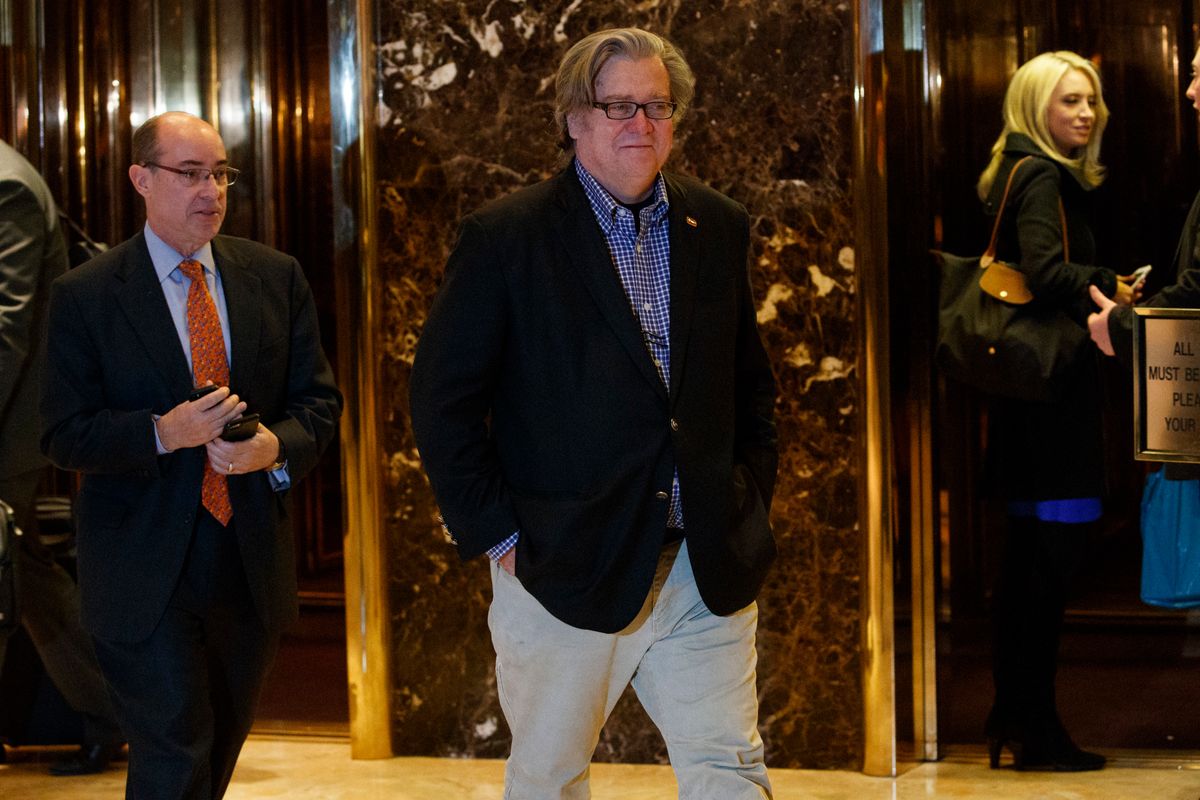 Bannon is also a notorious anti-Semite.

During Bannon's reign over Breitbart, the website ran articles referring to conservative commentator Bill Kristol as a "renegade Jew" and Washington Post columnist Anne Applebaum as "a Polish, Jewish, American elitist scorned." Former Breitbart editor Ben Shapiro accused the site of embracing "a movement shot through with racism and anti-Semitism," and Bannon's ex-wife has testified in court that Bannon has "said he doesn't like Jews" and didn't want his children to go to school with Jews.

Jonathan Franks, the political director and executive producer for "The Montel Williams Show," has said on Twitter that his sources at the pro-Israel lobbying group American Israel Public Affairs Committee are "privately apoplectic" about Bannon's appointment.

Adam Jentleson, the spokesman for Senate Minority Leader Harry Reid, expressed disgust at the news of Bannon's appointment. "It's easy to see why the KKK views Trump as their champion when Trump appoints one of the foremost peddlers of White Supremacist themes and rhetoric as his top aide," Jentleson wrote in a statement. "Bannon was 'the main driver behind Breitbart becoming a white ethno-nationalist propaganda mill,' according to the Southern Poverty Law Center."

Jentleson also cited allegations that Bannon had committed violent domestic abuse and noted misogynistic headlines from Breitbart including "Birth Control Makes Women Unattractive and Crazy" and "The Solution To Online 'Harassment' Is Simple: Women Should Just Log Off."

Bannon has long been associated with the far right of the GOP and used his Breitbart platform to encourage the party to move away from the political center. This aligns with his support for other alt-right political parties in Western countries, including the United Kingdom Independence Party, the Alternative for Germany and the Party for Freedom in the Netherlands.