Rudy Giuliani, the favorite for Donald Trump's secretary of state, has ties to Venezuela, Qatar and Iranian exiles

Trump, who blasted Clinton's alleged ties to Middle Eastern countries, has no qualms when it comes to top diplomat 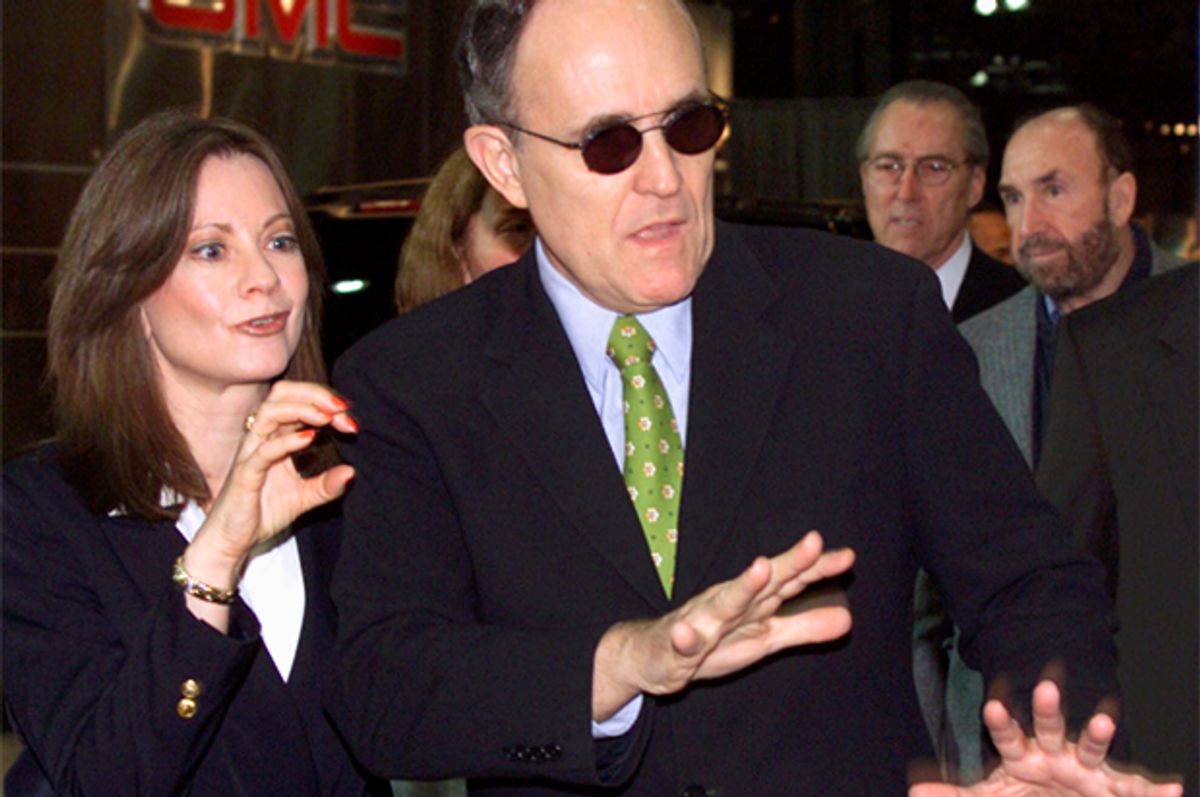 Former New York City Mayor Rudy Giuliani, reportedly the favorite to be appointed as Donald Trump's secretary of state, has a whole lot of potential conflicts of interest.

On Monday evening, Giuliani repeatedly indicated that he'd be interested in the secretary of state position and offered a glimpse at what his foreign policies might look like during a gathering of The Wall Street Journal CEO Council.

“ISIS, short-term I believe, is the greatest danger and not because ISIS is in Iraq and in Syria, but because ISIS did something al Qaeda never did — ISIS was able to spread itself around the world,” Giuliani told the audience, establishing that fighting ISIS would be his top priority upon assuming the position.

The message is surprising, considering that Qatar, which sent money to ISIS extremists, is a country Giuliani once represented.  He advised Qatar's state-run oil company at a national gas plant.

The potential leader of the State Department also represented an Iranian group that, at the time, was on a list of terrorist organizations. Per Politico:

In 2011, an exiled Iranian political party called the Mujahedin e-Khalq, known as the MEK, paid Giuliani to give a speech in Washington calling on the State Department to remove the group from its list of terrorist organizations. The MEK recruited a host of other formal officials to its cause and succeeded in reversing the terrorist designation in 2012.

Since MEK was a designated terrorist organization at the time, Giuliani, as well as other politicians who represented the group, broke the law if he accepted money to advocate on their behalf. Giuliani was investigated by the Treasury Department in 2012 over this issue.

While this is the most controversial of Giuliani's lobbying ties, it is hardly the only one.

Giuliani Partners, a subsidiary of Giuliani's consulting firm, provided advice to TransCanada, which is trying to build the Keystone XL pipeline that President Obama opposes but Donald Trump supports.

His company represented a Singaporean gambling project to aid a partnership that included a North Korean organized crime leader.

Giuliani is perhaps best known for his perceived leadership during the September 11th terrorist attacks, but apart from that has had virtually no foreign policy experience to speak of. Then again, he has been a very vocal supporter of Donald Trump.