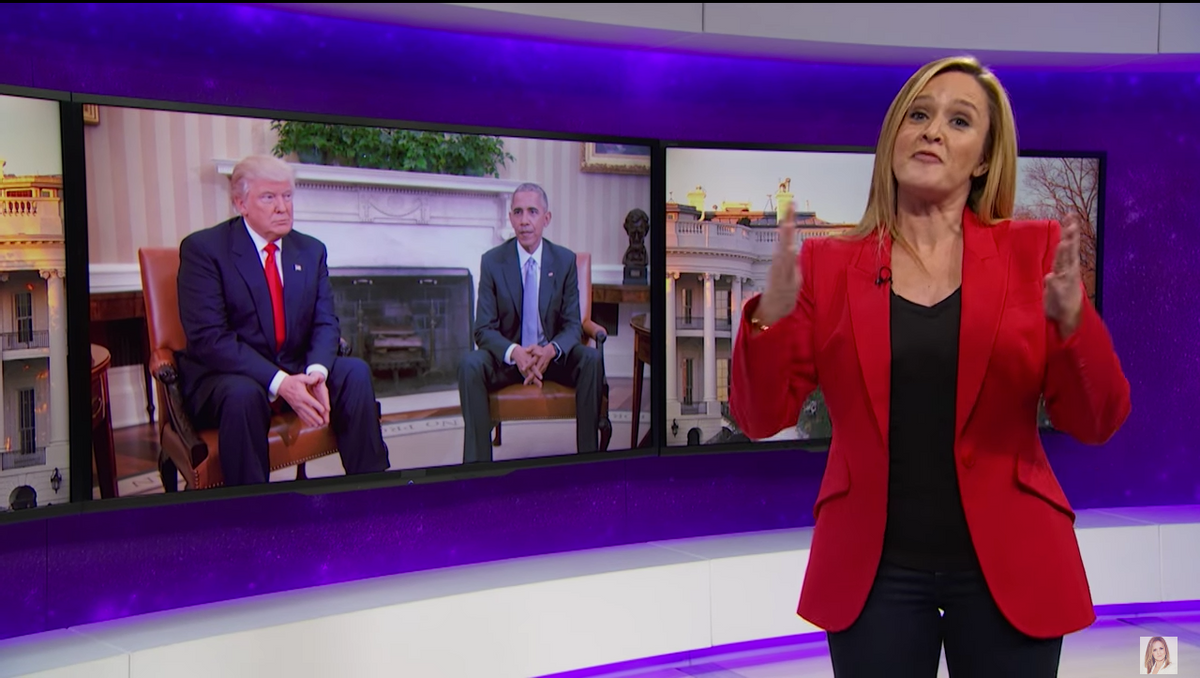 "Full Frontal" host Samantha Bee took the weekend off to grasp the realization that we won't have a female president for a very long time, or at least in 2017.

"We're still in the wrong timeline," she said in response to Trump's win. Since the election, Trump met with President Obama, now hand-holding him through the transition from reality TV star to leader of the free world.

"Donald Trump is assembling a White House staff, now that Barack Obama's told him that's a thing presidents have to do," Bee joked.

And so far, Trump's selection of "Eerie RNC Pubis" (Bee's anagram for Reince Priebus) as chief of staff is the exact opposite of 'draining the swamp,'" a prominent Trump campaign promise.

"Trump's populist base hates him," Bee said of Priebus, the current head of the RNC. "They will want an outsider... If Trump wants to make an all-out stand, he's going to need an alt-right hand man."

But what took them so long?

"Today, Trump has fueled racial concerns? Today? Bannon joined Trump's campaign last summer. How is CNN just now discovering that he's the milkshake that brings all the deplorable to the yard. We tried to warn you! We made our poor staff artist draw a million Pepes."

"Would the party of Lincoln care to comment?" Bee asked, turning to the GOP establishment's weak rebuttal.

Paul Ryan's response to Bannon's hiring in a CNN interview this past weekend, which sounded eerily similar to Trump's response regarding David Duke's endorsement in February. He claims he doesn't know the man.

"He used Breitbart news to mainstream white supremacist views, anti-Semitic views, racist views, do you have any concerns about Steve Bannon being in the White House,"  CNN's Jake Tapper asked the House Speaker.

"I don't know Steve Bannon, so I have no concerns," he concluded.

But Ryan's response was still better than other establishment Republicans, such as Newt Gingrich who insisted Bannon couldn't be anti-Semitic because he worked in finance and Hollywood.

"Those industries are filthy with Jews.Try again Newt," Bee said in a scathing response.

"I've never heard of the alt-right," Gingrich insisted. "Donald Trump has to be Donald Trump and the country will organize itself around who he is."

For many Americans, that's terrifying.