The radio host called the leader of a misogynistic, anti-Semitic, racist website a "terrifying man" 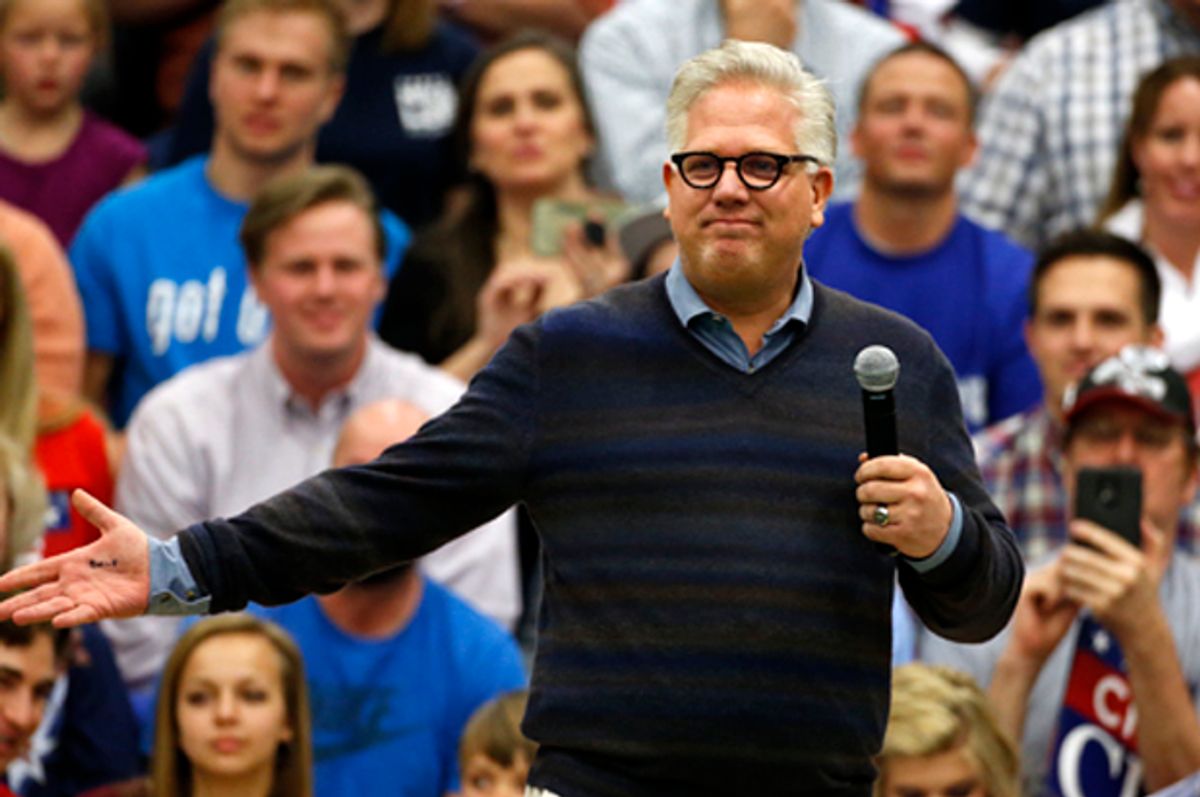 As the alt-right celebrates Donald Trump's selection of Steve Bannon, conservative radio host Glenn Beck has denounced is sounding the alarm about the president-elect's pick for chief strategist, whom he's calling a "terrifying man."

“He’s a nightmare and he’s the chief adviser to the president of the United States now,” Beck told his audience about the Breitbart leader during a Monday night broadcast.

“You know, if people really want to in the press would like to call Donald Trump a racist, you might want to stop on that one and spend a little time on [Steve] Bannon,” Beck added.

“Bannon has a clear tie to white nationalists — clear tie. He’s built Breitbart as a platform for the alt-right. He’s on record saying that. He’s on record defining the alt-right. He knows what it is. He’s a guy that wants to tear this system down and wants to replace it with a new system.”
Beck closed by ominously noting, "He is a frightening man — no no no, a terrifying man. And it speaks volumes."
Beck is hardly alone in expressing horror at Trump's selection of Bannon. Liberal groups like the Southern Poverty Law Center, the Anti-Defamation League, J Street, the Council on American-Islamic Relations, and People for the American Way have all come forward opposing Bannon's appointment based on the same reasons that Beck cited — Bannon turned Breitbart into a leading platform for the alt-right, a branch of conservatism that is viciously racist, xenophobic, misogynistic, Islamophobic, and anti-Semitic.
While most activists and pundits have so far done little else besides voice dissent, Jonathan Bernstein of Bloomberg offered a plan on Monday for actually blocking Bannon.
"Organized groups and individual constituents can demand that every member of Congress, in both parties and both chambers, go on record as supporting or opposing the selection of Bannon," Bernstein pointed out. Although Congress can't outright prevent a president from obtaining the White House staff that he wants, they have mechanisms of exerting pressure on him.
"Though the Senate can't directly block Bannon, individual senators can place a 'hold' on one or more Cabinet or executive-branch nominees and refuse to budge unless he is removed from consideration," Bernstein wrote. "Honoring these holds is at the discretion of the majority leader. If Senate Majority Leader Mitch McConnell tries to move ahead despite the objections, then Democrats and some Republicans could vote down Cabinet picks until Trump relents."