Harry Reid calls on Donald Trump to fire Steve Bannon: "Rise to the dignity of the office"

The outgoing Nevada senator had some harsh words for the president-elect, accusing him of "hiding behind" Twitter 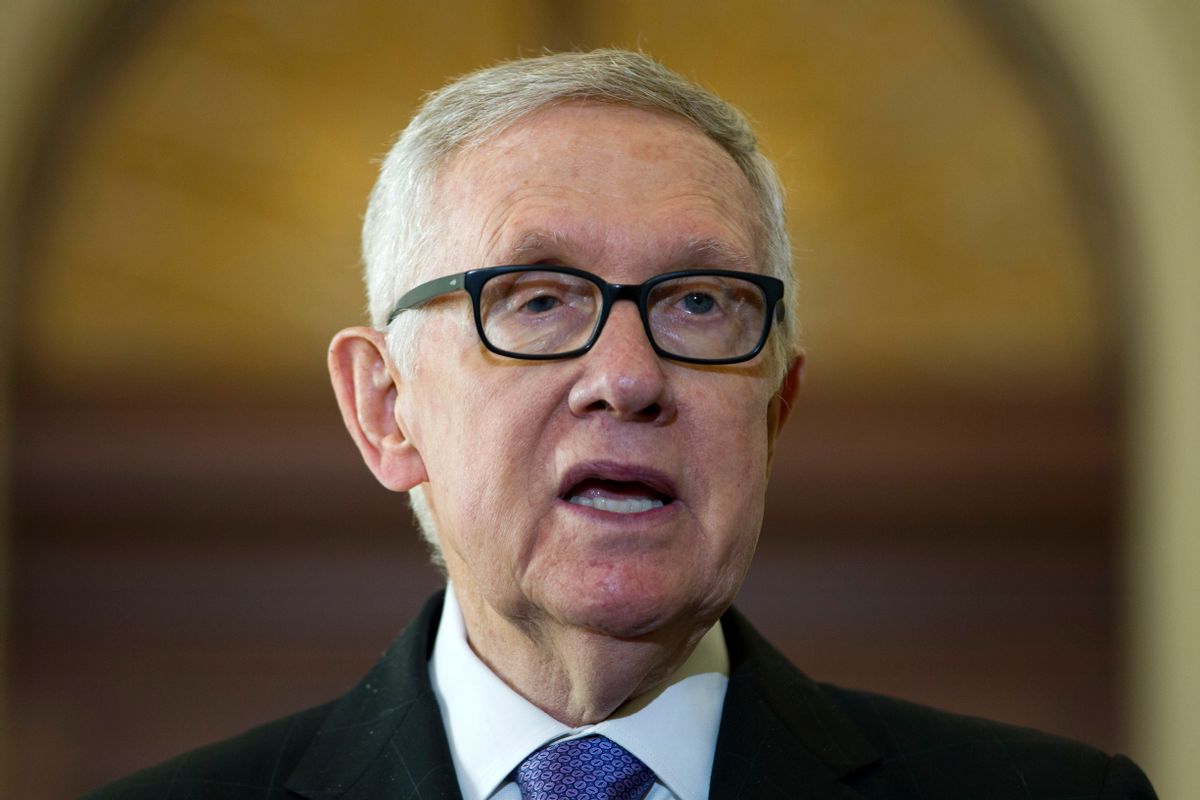 "His election sparked a wave of hate crimes across the nation," Reid solemnly intoned from the Senate floor on Tuesday. "This is a simple statement of fact."

Although he praised Trump's proposed infrastructure spending bill and expressed hope that his fellow Democrats would work with Trump on the measure, Reid pointed out that Democrats "also have other responsibilities.

Sen. Harry Reid: "It is not normal for the KKK to celebrate the election of a president they view as their champion" https://t.co/ZaiJZYL6Jopic.twitter.com/d5j49t2lLh

"In other words, we have a responsibility to lead."

Reid's speech was referencing the hundreds of reported hate crimes that have swept the nation in the aftermath of Trump's upset election last Tuesday. Some critics have drawn a connection between the outburst of racism, sexism, and other forms of bigotry in every day life and the bullying tone that Trump used in his campaign, which often drew upon those same prejudices.

My and my wife’s Nevada physician is a Pakistani-American of Muslim faith. We think so much of him. We’ve known each other for 35 years," Reid recalled. "The day after the election, my friend was at a restaurant in Las Vegas having dinner when a Trump supporter approached his table in a threatening manner and asked where he was from. My friend answered, 'Where are you from?' The man said, 'I’m local.' My doctor friend said, 'So am I.'

That same night, another friend of mine, also a Pakistani-American doctor was having dinner. A man walked up to him in the same manner and asked, 'Where are you from?' My friend said he was from Pakistan. The other man said, 'Why don’t you go back?'

One of my staffers has a daughter in middle school. I’ve known that little girl since she was a little baby. The day after the election, the principal addressed the entire student body on the school’s PA system because of two incidents that had occurred.

In one instance, a boy yelled at a Latina student, telling her that that he was glad she was going to be deported now that Trump was president. Then, in another instance, a boy was sent home for yelling the most derogatory, hateful term at an African-American student. The boy justified himself by saying he could use that language now that Trump was president.

In Spokane, Washington, the Martin Luther King, Jr., Center was defaced with the same hateful word.

Those are only a few examples of what people close to me have related. But these kind of disturbing accounts have been heard across America.

Reid's final message to Trump was simple and powerful:

"I say to Donald Trump: take responsibility. Rise to the dignity of the office – president of the United States – instead of hiding behind your Twitter account. And show America that racism, bullying and bigotry have no place in the White House or in America."

This isn't to say that Reid's speech was perfect. Three times he claimed that Trump had lost the popular vote by two million, even though the most recent report from the Associated Press (which came on Tuesday afternoon) has Clinton leading by roughly 800,000.