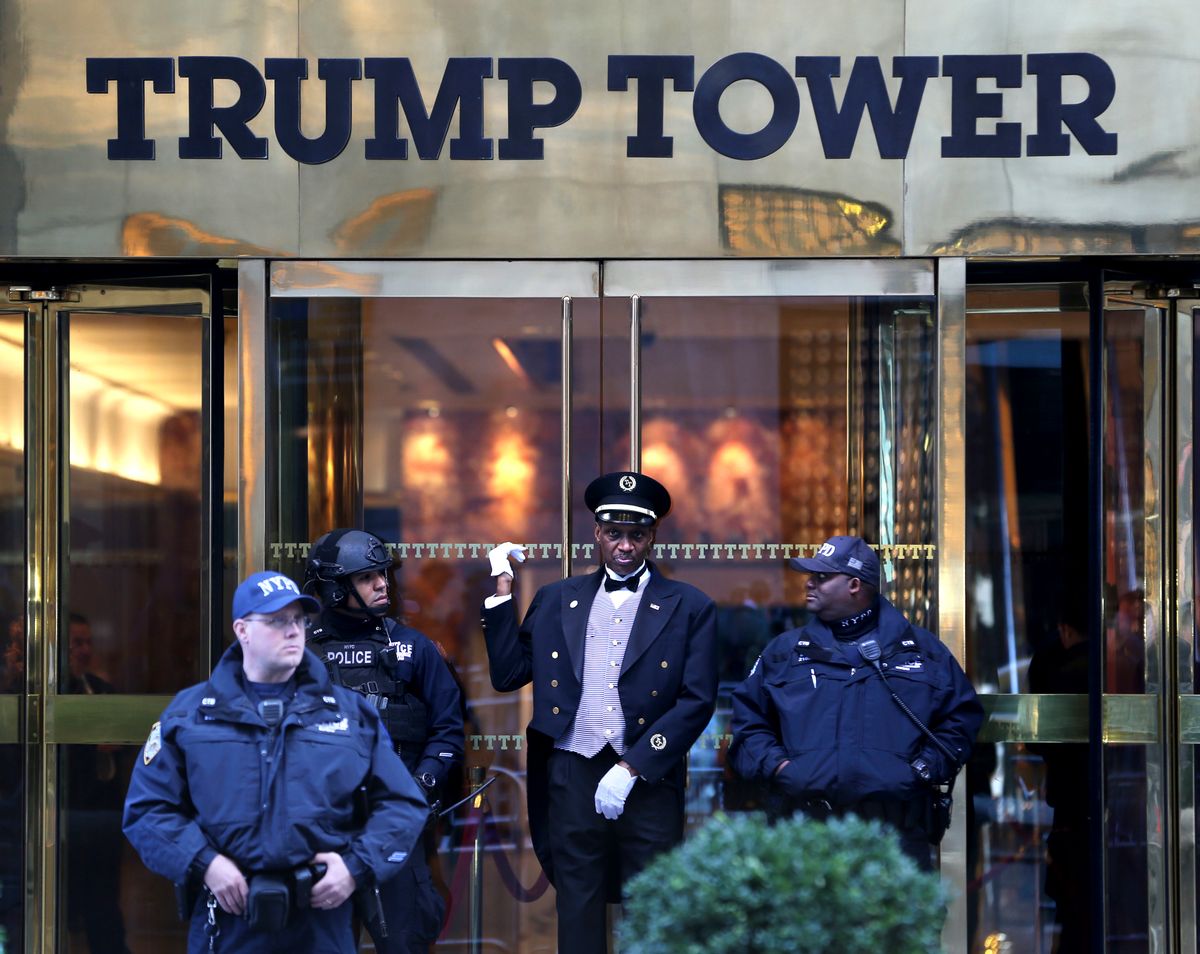 A doorman, center, talks with security personnel at the front entrance of Trump Tower in New York, Thursday, Nov. 17, 2016. (AP)
--

Like so many world leaders, Australian Prime Minister Malcolm Turnbull wanted to reach out to President-elect Donald Trump but couldn't get through to him. Finally he succeeded — by contacting one of Trump's golfer buddies.

Joe Hockey, the Australian ambassador to the United States, had to reach out to championship golfer Greg Norman in order to obtain Trump's personal cellphone number, BuzzFeed reported on Thursday. Norman, an Australian, is reported to have a warm friendship with Trump, which made it possible for him to provide Turnbull with the necessary digits to congratulate the president-elect.

Trump's 15-minute conversation with Turnbull over an unsecured connection isn't the first time that world leaders have had to go to unusual lengths to reach out to him. The New York Times reported on Tuesday that several world leaders had to cold call Trump in order to get in touch with him. The first two to successfully do so were President Abdel Fattah el-Sisi of Egypt and Prime Minister Benjamin Netanyahu of Israel, who both reached him the day after his election.

Trump responded to the article with the type of belligerent tweets that have become characteristic of his approach to public relations since starting his campaign:

I have recieved and taken calls from many foreign leaders despite what the failing @nytimes said. Russia, U.K., China, Saudi Arabia, Japan,

Australia, New Zealand, and more. I am always available to them. @nytimes is just upset that they looked like fools in their coverage of me.

Although Trump was supposed to meet with Japanese Prime Minister Shinzo Abe on Friday (representing the first meeting he would have with a world leader since winning the 2016 presidential election), Reuters reported on Thursday that Japanese officials were trying, and failing, to finalize a precise time, location and invitation list for the event. They also claimed that the State Department had not participated in any preparations, which only exacerbated the confusion over important logistical details.

The meeting with Abe is particularly important, given concerns in Pacific Rim countries over Trump's anti-free trade rhetoric and worries that this will hurt economies on both sides of the ocean.