Breaking: "I am being considered for every major role in Donald Trump's White House": The Greatest Living American Writer

To be great again, America must have a lone philosopher whispering truths in the orange ear of the king. I am he. 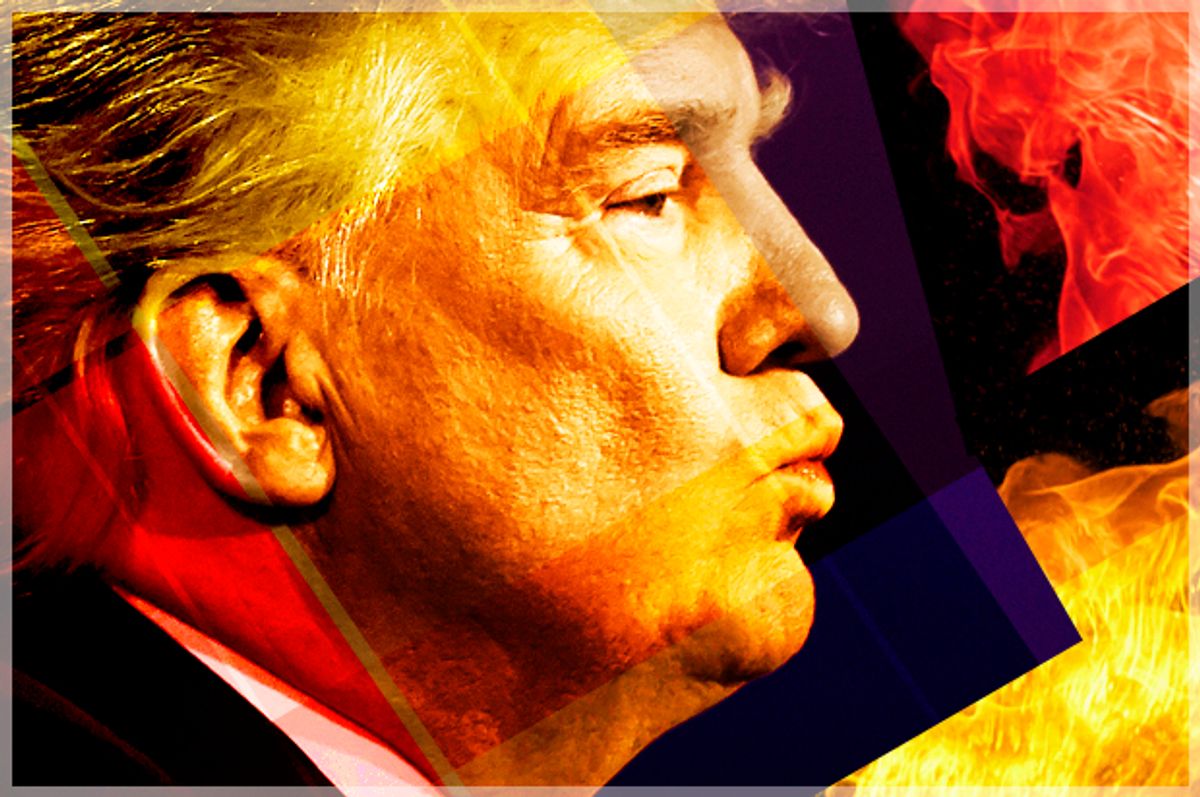 When it comes to world history, world politics, the history of world politics, and the need to shape our entire education system around 17 arcane philosophical documents that I translated myself from the ancient Greek, I stand alone, a Titan of the mind.

I’ve long considered myself one of America’s leading conservative intellectuals. My bona fides go back to the mid-’60s, when I published my best-selling pamphlet "The Emasculation of the American Graduate Student," continues on to the late ’70s, when I wrote the seminal conservative playbook on foreign policy, "Seven Steps to Total War Without Too Much Dissent," and onward to the ’90s, when Andrew Sullivan published my article, “The Phrenologist’s Lament,” to much acclaim in the New Republic.

I have sat on the boards of the Hermitage Foundation, the Armenian Enterprise Solution, and Focus on the Upper-Middle-Class Family. My ideas have influenced the lives of millions, even trillions, of people.

Unsurprisingly, I received an email asking me to join a group called Scholars & Writers for America. “A vote for Donald Trump is the only feasible method of defending the principles of freedom, justice and prosperity we hold in common against the most serious threat we’ve ever faced,” it said, “a threat that looks like the final defeat of Republican government, and the permanent decline of the country we love.”

Upon receiving this email on Nov. 9, I immediately rescinded my support for Hillary Clinton. It was time to return to my conservative intellectual roots, founded on a love for religious freedom, warm beer at hotel conferences and the fundamental principle that public school should neither be public or school but should in fact be a great books program, combined with hard labor if you’re black.

And yet I looked at the list of scholars and writers and saw nothing but intellectual lessers like William Bennett, David Horowitz, Newt and Callista Gingrich, R. Emmett Tyrrell and literally four people with the last name of Jeffrey. Now, these people are all good for a nice chuckle at Bohemian Grove about the dangers of liberal thought, but they’re not exactly fresh pickin's.

After all, where were they when I stood alone and published my monograph about the moral narcissism of homosexuality or my article about the influence of Sharia law philosophy on season 2 of "Modern Family"? Did those mental midgets coin the term “enviro-fascism” to smear the political opponents of the oil monopoly, the greatest monopoly since the railroad monopoly? Did they teach a class called “The Founding Fathers Weren’t Called the Founding Mothers for a Reason” at the Dartmouth Extension Campus in Guam? No, they did not.

That’s why I call upon the Trump administration to ignore these people and instead focus their white-hot attention upon my ideas and my influence. I’m not some hoary old horse professor heading for the glue factory. Rather, I’m the intellectual guiding light of such groups as Young Patriots for Football, the Cub Scouts, Americans Who Hate Anyone Who Doesn’t Think Like Us and Dissenters Against Dissent. I will spread Donald Trump’s message of liberty from coast to coast or at least from New Hampshire to central Massachusetts.

No one has warned more fervently about the dangers of Muslim homosexuals in the military than I have. In my 1987 book "The Tyranny of Middle School" I revealed the horrifying truth that eighth-graders were being taught that Benjamin Franklin was a “communist who hated Jesus,” a fact that none of my peers had even a shred of courage to mention.

In my book "The Myth of Science," I revealed that the scientific establishment is merely part of a grand plot to lock freedom-loving conservative thinkers into German naturalist detention camps. All those things are still true today. We must stand taller than the trees that must be cut down to make the paper upon which our words must be printed.

No one is more conservative than me. I believe we should return to a time when a lone philosopher, misunderstood by his peers, stood before the king, genuflecting and whispering the truth in his ear. I had Reagan on the hook for a while, but he stopped paying attention once senility approached. With the Donald in the White house, I am finally nearing my goal of having the president’s willing ear all to myself.

These are all also my ideas.

I know President Trump will listen to me.