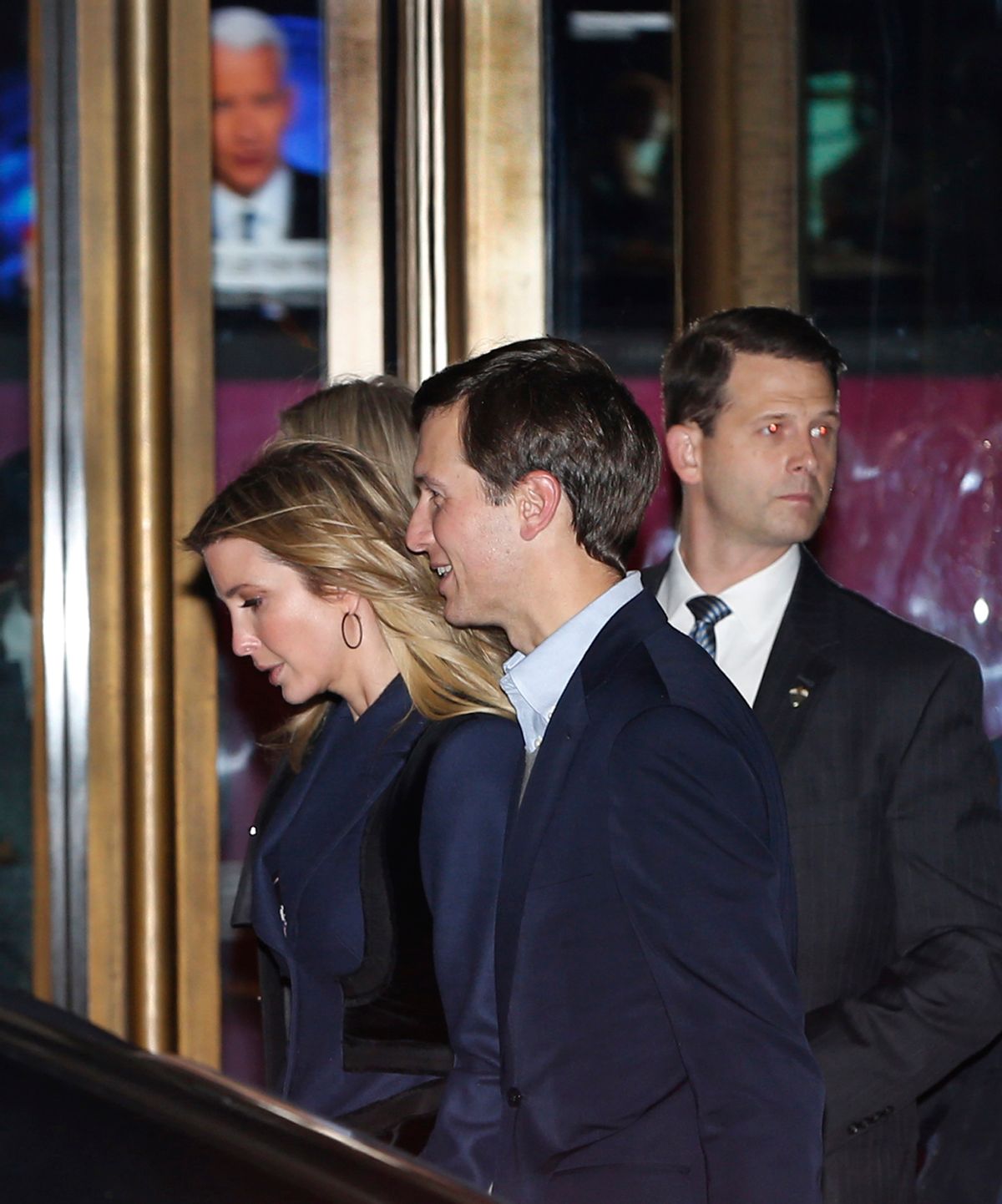 Ivanka Trump, daughter of President-elect Donald Trump, sat in on her father's meeting with Japanese Prime Minister Shinzo Abe, who was the first foreign leader to meet with the new president since his election. In the process, she has drawn attention to troubling questions about potential conflicts of interest that have existed since Trump began the transition process before taking power.

Jared Kushner, the president-elect's son-in-law, was also in attendance.

Although Trump has denied reports of trying to obtain top secret security clearances for his children, Kushner has already emerged as one of his closest advisers and is reported to have consulted a lawyer about forgoing his pay and putting his business interests into a blind trust so he would not violate federal anti-nepotism laws. (Experts do not believe these steps would exempt him.) Ivanka has long been considered one of the greatest influences on her father's thinking, and she and her siblings Donald Jr. and Eric have been named to the executive committee of Trump's transition team.

This isn't the first time that the potential for conflicts of interest has arisen since Trump's election. Because real estate businesses like the Trump empire often depend on bank loans, Trump's involvement in those businesses while serving as president would pose a clear conflict of interest, both because of his support for banking deregulation and since many of his loans have been taken out from banks in foreign nations like China.

Although Trump has tried to avoid this potential problem by promising not to run those businesses during his presidency, he has given power over his empire to his eldest three children — meaning that, even if their presence in his administration doesn't violate anti-nepotism laws, their involvement on any level could still be illegal.

Those issues aside, the meeting between Trump and Abe at least appears to have gone well.

“I renewed my conviction that together with Mr Trump I will be able to establish a relationship of trust," Abe said in a statement after the meeting. "As an outcome of today’s discussions, I am convinced Mr Trump is a leader in whom I can have great confidence.”