Donald Trump met with Indian executives, and no one was told about the meeting 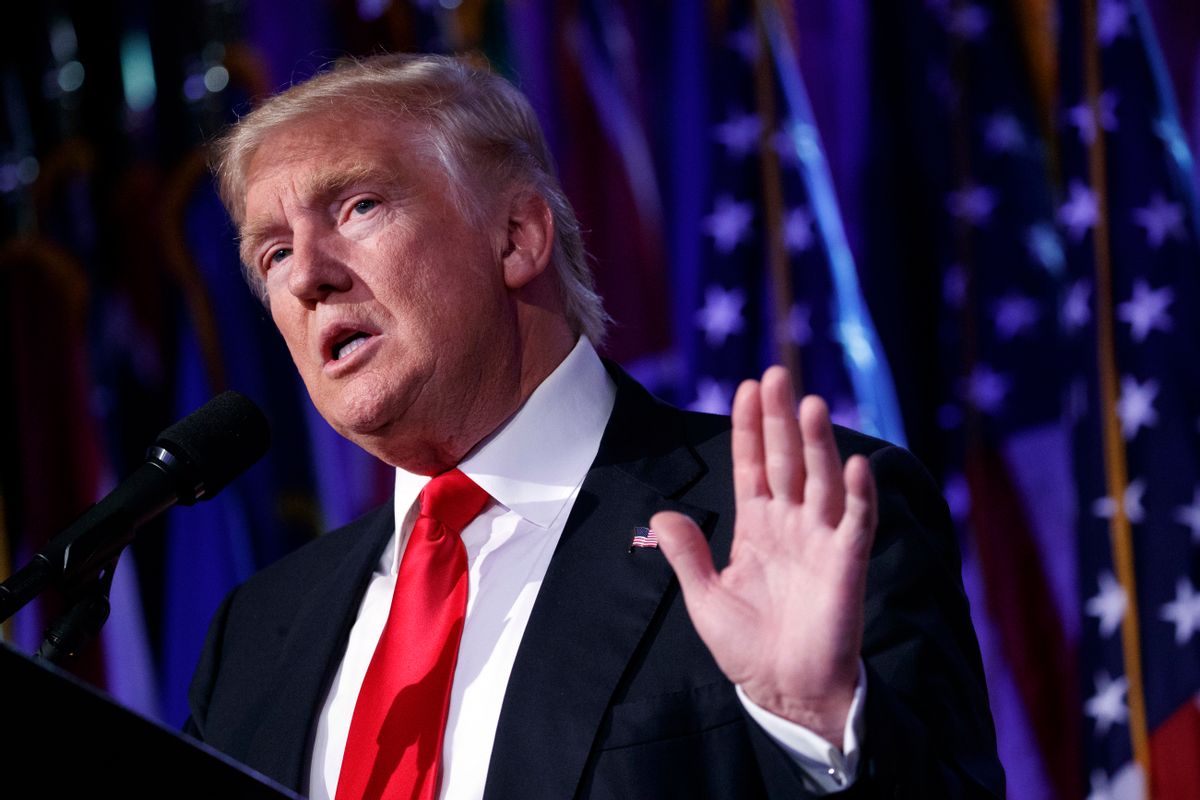 Leaked news of a meeting between President-elect Donald Trump and a trio of Indian real estate executives has ethics watchdogs worried about the incoming administration.

According to a report from The New York Times on Saturday, Trump met with Sagar Chordia, Atul Chordia and Kalpesh Mehta on Tuesday in Trump Tower. The three men have said in the past that they wished to expand their business relationship with the Trump Organization now that Trump has been elected run the country. Sagar Chordia confirmed by text message with The New York Times the accuracy of an Indian newspaper report saying the meeting had indeed been about expanding deals with Trump's businesses.

Breanna Butler, a spokeswoman for the Trump Organization, has defended the incident on the grounds that "it was not a formal meeting of any kind."

If the meeting had been legitimate, of course, one must question why it wasn't formally announced by the Trump transition team at the time that it happened — especially considering the flak Trump has received for inefficiency in arranging meetings with foreign leaders.

This isn't the first time Trump has been accused of cultivating his business relationships in inappropriate ways since being elected. As The Washington Post reported on Sunday, Trump has business operations in Turkey, Saudi Arabia, Azerbaijan, Indonesia, the United Arab Emirates, and a number of other countries, and has refused to either sell his business interests or give them to a so-called "blind trust" during his administration, as other presidents have done with their business ties in the past.

“There are so many diplomatic, political, even national security risks in having the president own a whole bunch of properties all over the world,” Richard Painter, chief White House ethics lawyer under President George W. Bush, told The Washington Post.

“If we’ve got to talk to a foreign government about their behavior, or negotiate a treaty, or some country asks us to send our troops in to defend someone else, we’ve got to make a decision. And the question becomes: Are we going in out of our national interest or because there’s a Trump casino around?”

Trump has also been harshly criticized for allowing his children and son-in law to play a role in his transition process even while they continue to run his business empire. Unless they divest themselves from his business interests, their involvement in his administration will likely constitute a conflict of interest.