BULLSH**TER OF THE DAY: Chris Christie, for his transparently awful attempt to save face 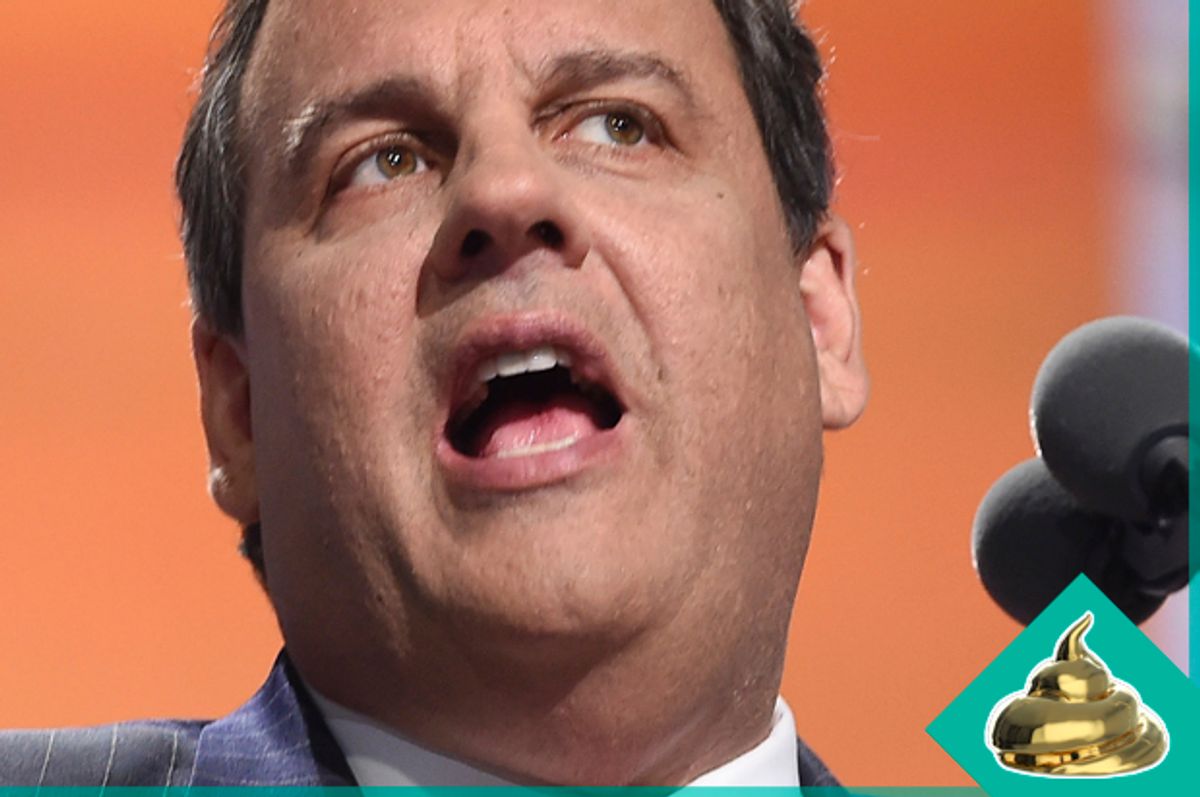 "I've said to the president-elect, I have 14 months left in my term, and it's my desire to finish my term"

Once his own presidential bid sank into the abyss, Christie didn't take long to pull himself up onto the Trump ship. He fulfilled his duties as a surrogate, defended Trump's outrageous fake news here and there, and it all seemed to point toward a vice-presidential nod, or at least some high cabinet position. But less than 48 hours after getting elected, Trump booted Christie from head of the transition team, leaving a rather chaotic operation to be led by VP-elect Mike Pence. Womp womp.

We don't know what urged Trump to kick Christie to the curb. Perhaps it was the shadow of the Bridgegate scandal, perhaps it was internal disagreements on cabinet picks, or perhaps it was a fight over who looked better in photo ops. For all we know, it could have been that Gov. Christie took too long to like one of Trump's late-night tweets. But a governor who spent most of the campaign away from his state and who had been actively working for Trump and in charge of the transition since May, is not a governor whose utmost desire is to finish his term in New Jersey. A state where, by the way, his approval ratings have sunk to 19 percent. So no, Christie, we're not buying it. This is a steaming pile of bullshit.

Of course not! Chris Christie ran for the 2016 republican nomination—and only professional bullshitters are allowed into that game. Some of his most outrageous dumps might be the time he blamed video games for the massacre of 20 children at Sandy Hook (and subsequently failed to pass any legislation to prevent it). Or when he said that the U.S. should not accept refugees, even 3-year old orphans. Or that time he called for a military strike in retaliation for the Orlando shootings–even though the shooter was a New York-born American. So I guess we can all be thankful his "desire" is to stay in New Jersey for the final days of his dwindling term–far far away from the White House.