It's easy to sweet talk the president-elect and get him to like you, it seems 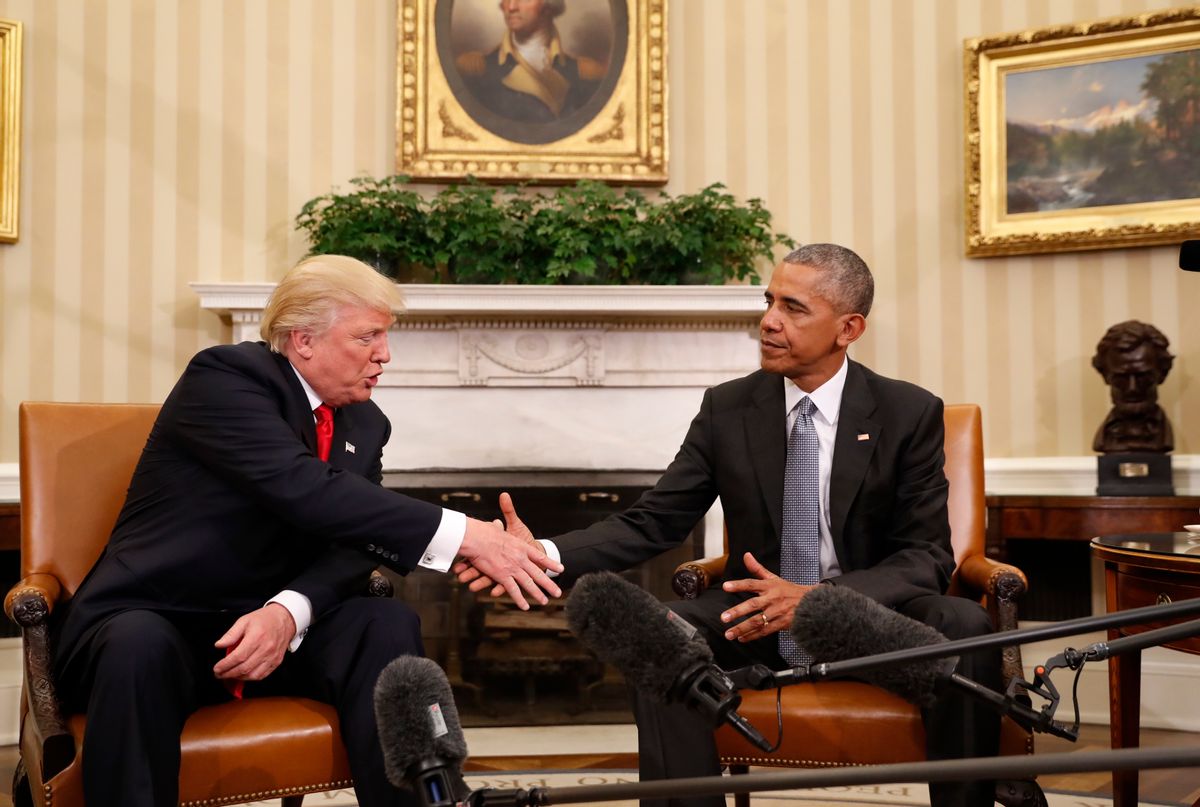 President-elect Donald Trump reportedly had some surprisingly kind words for President Barack Obama during his meeting on Monday with media executives.

According to Politico's Hadas Gold, Trump effusively praised Obama, saying that although he didn't think he would like Obama he wound up liking him "so much" and that "the feeling is mutual because it takes two to tango." He also claimed that he had subsequently spoken to Obama "telephonically," with the sitting president calling him one time and the president-elect initiating the call on the other occasion.

Trump's claim is consistent with a Tuesday report from Politico that quoted Josh Earnest, the White House press secretary, saying that the two men had spoken "at least once" since meeting in the Oval Office earlier in the month. He refused to provide details about those conversations, characterizing them as part of a “president-to-president prerogative that we’re trying to protect.”

Earnest told reporters: “In the same way that I protected the ability of President Obama to consult confidentially with other senior officials, including some former presidents, I’m not going to read out or confirm every reported meeting or phone call or conversation.” He added, “I can tell you that the president has had a conversation with the president-elect since the Oval Office meeting.”

This isn't to say that Obama has necessarily reciprocated Trump's glowing appraisal of their meeting. In an upcoming article in The New Yorker, Obama is described as having "steeled himself" in advance of the meeting so that he would "act with high courtesy and without condescension." The article also chronicles how Obama "seemed to take pains not to offend the always-offendable Trump, lest he lose what influence he might still have on the political future of the country and the new administration."

Obama has subsequently suggested that, if necessary, he will stand up to the upcoming Trump administration.

“I want to be respectful of the office and give the president-elect an opportunity to put forward his platform and his arguments without somebody popping off in every instance,” Obama said during a press conference in Lima, Peru, on Sunday. He added “as an American citizen who cares deeply about our country, if there are issues that have less to do with the specifics of some legislative proposal or battle but go to core questions about our values and our ideals, and if I think that it’s necessary or helpful for me to defend those ideals, then I’ll examine it when it comes.”