There are valid criticisms of the TPP. But Trump's anti-TPP agenda goes against his own party 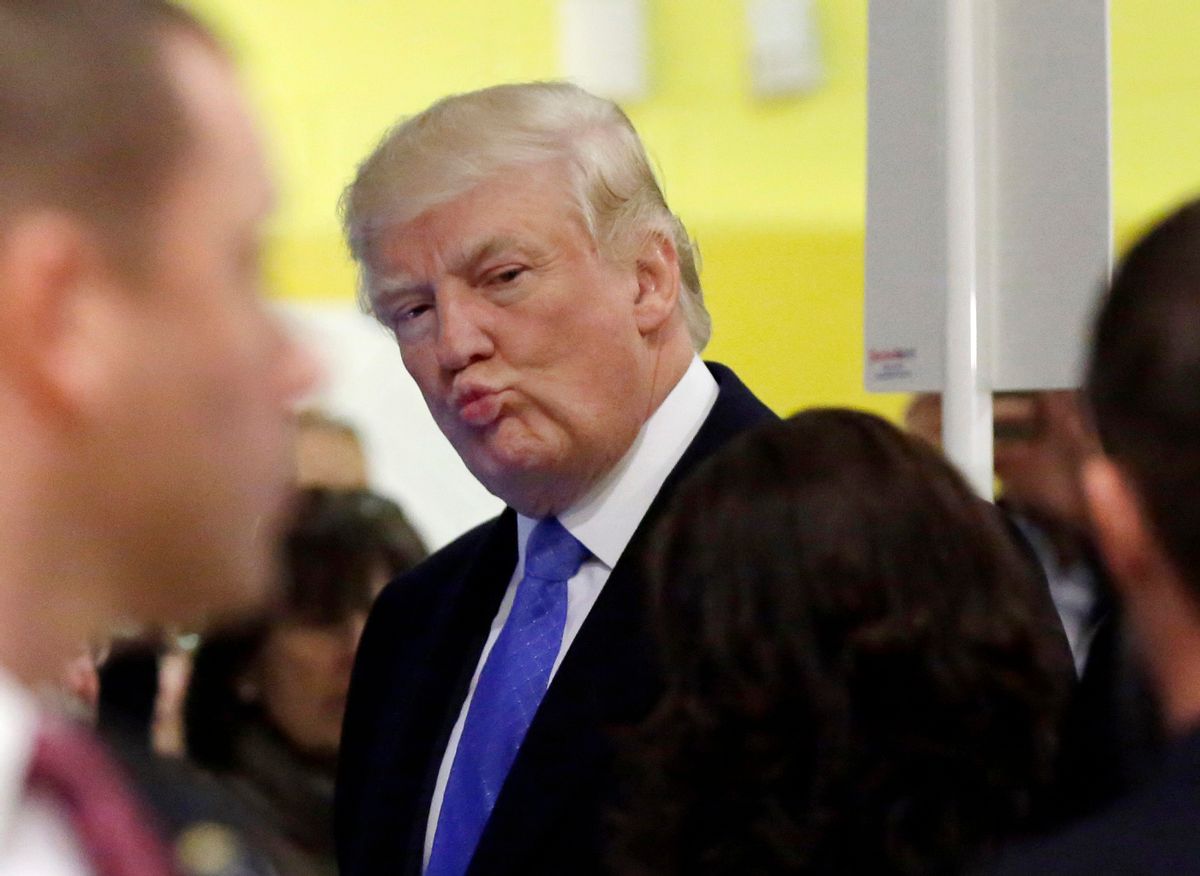 Now that his rhetoric is about to be turned into policy, though — starting with Trump pulling America out of the Trans-Pacific Partnership — many of his fellow Republicans are expressing dismay.

"The TPP is a trade agreement with the power to bring the additional economic growth our country desperately needs, while also strengthening our alliances in one of the most important regions of the world, the Asia-Pacific," wrote Bob Dole, the Republican presidential nominee in 1996, in an op-ed to the Los Angeles Times the day after Trump's election. "Now that the campaigning and voting is done, Congress should show the American people that bipartisanship is not dead and ratify the TPP before the end of this year."

"Republicans are going to continue to support the freedom to trade," said Rep. Kevin Brady, in his capacity as Chairman of the House Ways and Means Committee, on Tuesday.

While it's debatable whether the TPP was a good policy or not, it's hard to argue that its rejection will have a wide-ranging impact on the American and international economy, particularly insofar as the other participating nations are concerned (including Australia, Brunei, Canada, Chile, Japan, Malaysia, Mexico, New Zealand, Peru, Singapore, and Vietnam).

“In the absence of TPP, countries have already made it clear that they will move forward in negotiating their own trade agreements that exclude the United States,” explained President Obama's Council of Economic Advisers before the election. “These agreements would improve market access and trading opportunities for member countries while U.S. businesses would continue to face existing trade barriers.”

For one thing, leaving the TPP will remove America as a potential balance to Chinese economic and military expansion, which America's allies in Asia very much desired to have. As a result, it will give China an edge in creating trade deals amenable to its own economic interests throughout the region.

It will also impact a number of American industries. The beef industry was hoping to benefit by the removal of the tariffs they face when they export their product to Japan; because Australia and Japan have a bilateral trade deal, Australian beef is sold cheaper on the Japanese market.

Similarly, the TPP would have phased out roughly 18,000 tariffs that the other 11 countries in the agreement currently have standing on American imports. By leaving these tariffs in place, it means that nations which negotiate lower rates with those same countries will have an edge in their markets.

The TPP also would have superseded the federal law protecting pharmaceutical companies that want to keep production data on new drugs secret for up to 12 years. Under TPP, they're allowed to keep that data secret for five to eight years, with the hope that this will provide consumers with faster access to potentially life-saving drugs at affordable rates.

The TPP would have also required all parties to abide by the International Labor Organization's prohibition of child labor, forced labor, and excessive hours. It would have mandated that these countries allow collective bargaining, guarantee work place safety, and apply a minimum wage. In the specific cases of Brunei, Malaysia, and Vietnam, the three countries had to commit to more specific labor changes and accept tariff increases if they were found not to abide by them.

The TPP also would have established important precedents on issues ranging from stopping wildlife trafficking and protecting intellectual property rights to confronting thorny issues in digital commerce and providing open internet access in nations like Vietnam.

This isn't to say that there weren't valid criticisms of TPP. Progressives joined forces with organized labor and even the Ford Motor Company in pointing out that it failed to incorporate enforcement mechanisms for its protections against other nations manipulating their currency to get an unfair boost over Americans. It also could have allowed special trade tribunals to block local, state, and federal policies like environmental or consumer protections that corporations may have argued violated their rights under the agreement.