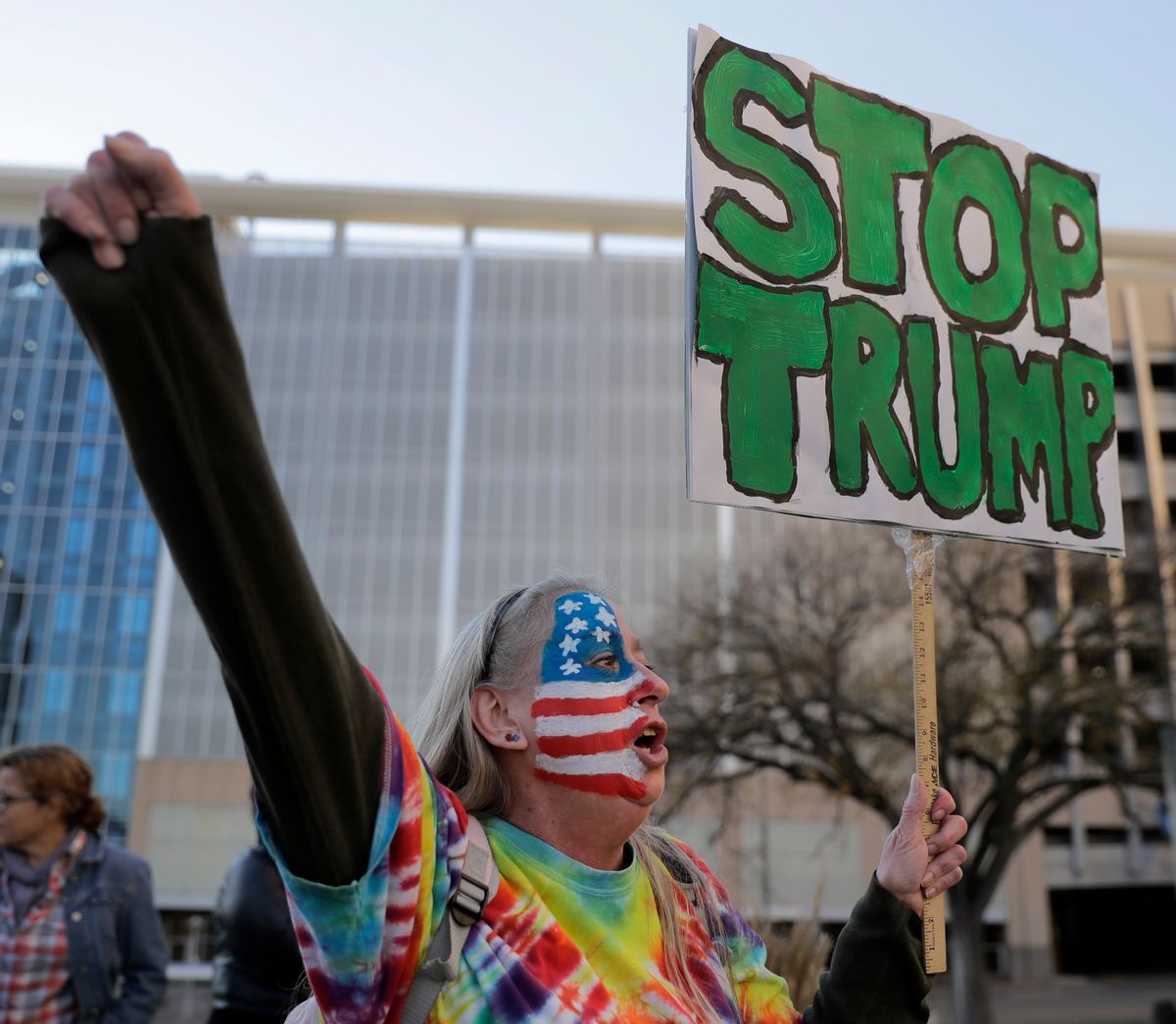 1. Get Democrats in the Congress and across the country to pledge to oppose Trump’s agenda. Prolong the process of approving choices, draw out hearings, stand up as sanctuary cities and states. Take a stand. Call your senator and your representative (phone calls are always better than writing). Your senator’s number can be found here . Your representative’s number can be found here.

2. March and demonstrate — in a coordinated, well-managed way. The “1 million women march” is already scheduled for the Inauguration — and will be executed with real skill. There will be “sister” marches around the country — in LA and elsewhere. They need to be coordinated and orchestrated. And then? 1 Million Muslims? 1 Million Latinos? What would keep the momentum alive and keep the message going?

3. Boycott all Trump products, real estate, hotels, resorts, everything. And then boycott all stores (like Nordstrom) that carry merchandise from Trump family brands.

4. Letters to editors: A national letter-writing campaign, from people all over the country, every walk of life and every level of society, from celebrities to sports heroes to grassroots Americans. In most papers, the Letters to the Editor section is the most-read part of the paper.

5. Op-Eds: A steady flow of arguments about the fallacies and dangers of Trump’s first 100 day policies and initiatives, from name-brand thinkers and doers to ordinary folk writing for their city’s or community’s newspaper.

6. Social media: What about a new YouTube channel devoted to video testimonials about resisting Trump’s first 100 day agenda? Crowd-sourced ideas, themes and memes. Who wants to start it?

7. Website containing up-to-date daily bulletins on what actions people are planning around the country, and where, so others can join in. Techies, get organized.

9. Lawsuits: Our version of “Drill, baby, drill” is “Sue, baby, sue.” Throw sand in the gears. Lawyers, get organized.

10. Coordinated fund-raising: Rather than having every public-interest group appeal on their own, have a coordinated fund-raising program to fill the coffers of the most endangered and effective opposition groups. Is there a way to do a televised fundraiser with celebrities raising money for the Resistance?

12. Intellectual opposition: Take Trump on where he’s weakest — with serious ideas. I’ll try to do my part. You do yours, too.

13. Serious accountability: Establish performance metrics to evaluate his delivery on his campaign promises. An updated web site of promises made and not kept. This is one especially suited to public policy students.

14. Your idea goes here. Call a meeting of family and friends this weekend. Come up with to-dos.

The First 100 Days Resistance Agenda. We’re not going away.