Stop your Trumpsplaining: The president-elect's tweets are not simply a "distraction" 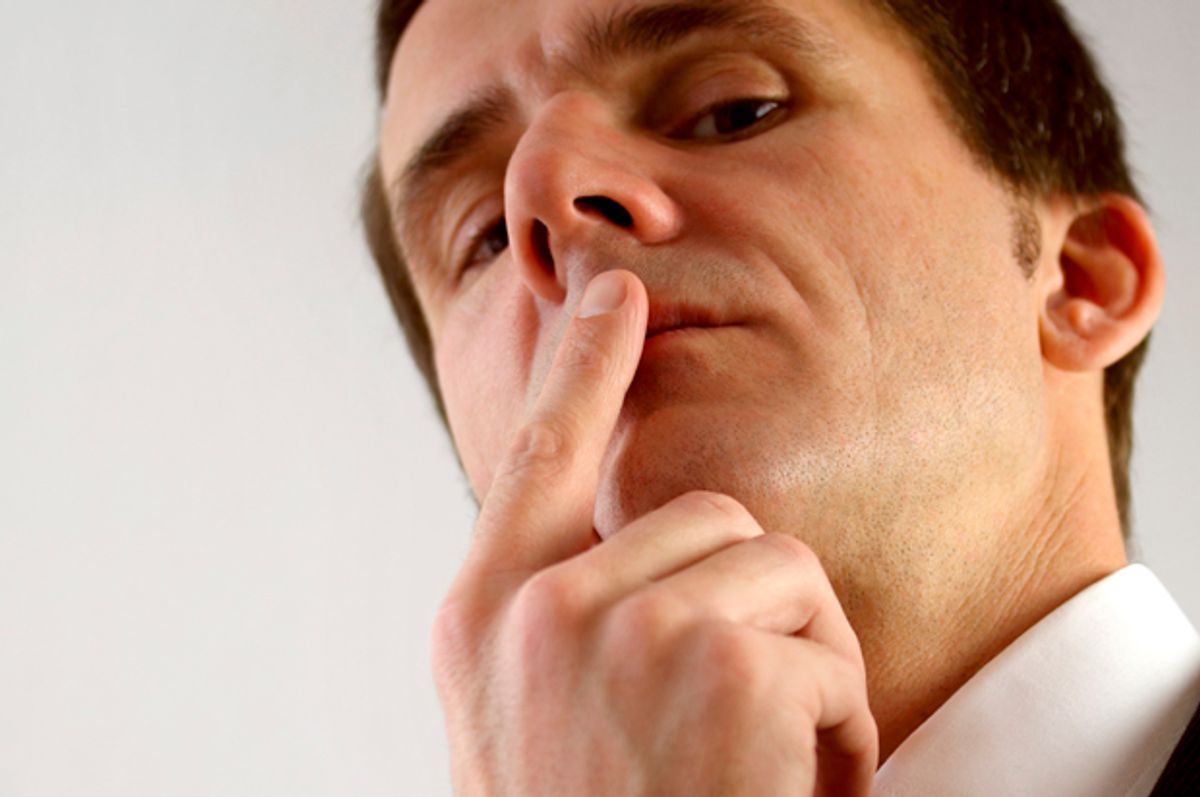 Friends, fellow members of the media and those of you with far more reach and influence than I will ever attain: I know you're used to dispensing free advice, but let me offer you some today. If you don't have a lot of direct experience with how vindictive, possibly unbalanced people behave, bless your heart.

If you're low on the chain of groups that are currently being targeted by a former reality star and his rogue's gallery of intended allies, congratulations on your good fortune. Now, I ask you to take a step back from lecturing everybody else about what is a "distraction" these days — because this would be an excellent moment to start listening and reconsidering some of your views.

In a period between Sunday and early Tuesday, Donald Trump, a man who lost the popular vote by 2 million votes and counting, went on a number of separate, reckless Twitter rants. First, he went gunning after the results of the election, falsely claiming, "In addition to winning the Electoral College in a landslide, I won the popular vote if you deduct the millions of people who voted illegally."

It's a thoroughly bogus statement, one that can be traced to screaming conspiracy theorist and Sandy Hook truther Alex Jones. Trump next announced he would just met with former general David Petraeus and was "very impressed" with a man who not so long ago was under investigation for revealing classified information to his mistress.

He then moved on to a genuinely baffling series of tweets to his followers — including at one point, specifically a 16-year-old Oakland Raiders fan — about his ongoing media grudges. "What PROOF do u have DonaldTrump did not suffer from millions of FRAUD votes? Journalist? Do your job! @CNN," he fumed, calling out CNN senior Washington correspondent Jeff Zeleny as "just another generic CNN part time wannabe journalist!  @CNN still doesn't get it. They will never learn!"

He added, "Pathetic — you have no sufficient evidence that Donald Trump did not suffer from voter fraud, shame! Bad reporter. There is NO QUESTION THAT #voterfraud did take place, and in favor of #CorruptHillary!"

It was a veritable smorgasbord of paranoia, narcissism and direct bullying. By Tuesday morning, he was still carrying on about CNN, but also cryptically threw in a new target, announcing, "Nobody should be allowed to burn the American flag — if they do, there must be consequences — perhaps loss of citizenship or year in jail!" (Note: Your right to burn the flag is constitutionally protected, as is your citizenship — at least for now.)

With every tweet, with every public declaration he makes — especially every one since Nov. 8 — Donald Trump reveals himself to be dangerously, willfully ignorant, hellbent on punishing his perceived enemies and profoundly butthurt about just about everything. And every time it happens, along come a trove of well-meaning individuals — often male, often white, often straight — to offer a scolding about how what Trump is doing is a "distraction" that "we" shouldn't pay attention to.

I suspect that many smart, talented people, like Jack Shafer, who says we should "stop being Trump's Twitter fool," are coming from a genuine place, based on their own political and media experience. But let me break it down: Trump is not a politician. Trump is not a person with an iota of public service experience. Trump is, to say the least, a really outside the box human being. It is unhelpful to talk about him like any of the normal rules apply.

It also unhelpful right now to sermonize about who "we" are when many of "us" are immigrants, POC, women, persons with disabilities or members of the LGBTQ community. I'd love for the self-appointed arbiters of What Really Matters to grasp that much of the threat to American liberties right now is coming from people who are super duper invested in their white male privilege, so maybe you'll excuse us if hah!

We're a little burned out on guys like that telling everybody else how to think and behave. And if you, like Shafer, look at Trump and can be reminded of a petulant toddler and not an abuser, I sincerely envy you.

I suspect that if you're accustomed to the world operating for you in ways it doesn't for millions of others, the idea that a man who consistently behaves in a manner that shows himself to be uncurious, unkind and totally lacking in impulse control could attain the highest level of power does not compute. All around me, I see wise, nice people who went to good schools twisting themselves into knots over this.

Why, surely this Trump fellow must be some kind of evil genius, some magician, who cleverly picks fights with the cast of "Hamilton" to deflect from his $25 million fraud settlement. How could America ever be hoodwinked by someone who can't spell "received"?

Pay no attention to what he's saying on Twitter! He thrives on the attention! To which I say, yeah, those horses have left the barn. And perhaps this punctures your own sense of how things work because you, too, have benefitted from a system that rewards certain races, classes and genders above others but here it is: Dumb, mean rich people can get really, really far in this country. So please take a moment to shake up everything you, even in your most liberal "I'm an ally!" way ever thought you understood about your own advantages and how fair life really is.

Likewise, please stop assuming that your friends, your viewers, your readers, your fellow journalists, are incapable of paying attention to more than one thing at a time. Yes, hold the media accountable, demand transparency and accountability from business and elected leaders and, yes, safely assume Trump is surrounded by people more devious and clever than he is. But stop acting like Twitter is just a ghetto of inconsequence and that you, with your subscriptions to Pulitzer-prize winning publications, are the arbiter of what is urgent in other people's lives — especially lives very different from your own. It's arrogant. It's condescending. It reeks of smug class assumptions.

Trump got where he is today largely because of a reality show and an incendiary Twitter feed. It is where he seems to be most himself, in all that is scary about that. The poor syntax, the misspellings, the snarling rage, the mood swings — as evidenced from his abrupt 180 on the "failing" New York Times last week — let your Occam's razor lead you to accept that Twitter Trump is True Trump.

Consider that he is not trying to "distract" you from what you consider "real issues" but that what matters to him is his ego, pure and simple. That's why he oscillates between boastful falsehoods and wounded falsehoods. That's why he rages about displays of our First Amendment rights because the First Amendment hurts his feelings. Twitter's not a "distraction." It's his direct line of conversation with his public. And if you think other people can't follow tweets and Cabinet appointments at the same time but that Donald Trump is some mastermind, for the love of God, reassess.

As a straight, white person, I'm trying really hard here to keep punching up. And as a female, one who knows her way around economic insecurity and dangerously unstable personalities, I'm also trying to use my experience as the prism through which to tell the story of what I see happening in my country right now. Mostly, I'm trying to listen. I'm trying to yield the floor to those with much more at stake. And when Donald Trump, in all his shamelessly bad syntax and braggadocio, targets our free speech, I'm going to take him very seriously, one tweet at a time.