Be skeptical about what he says. Wait to see what he actually does 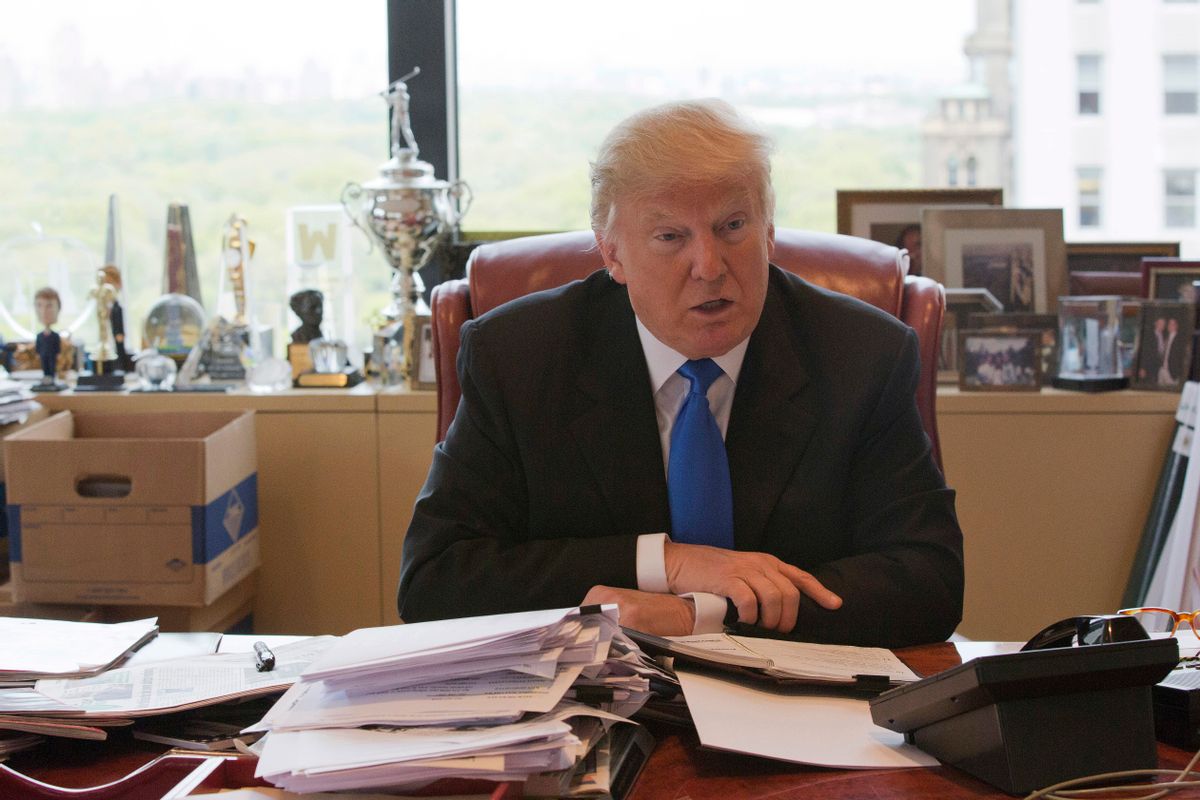 FILE - In this May 10, 2016 file photo, Republican presidential candidate Donald Trump speaks during an interview with The Associated Press in his office at Trump Tower in New York. (AP)
--

Donald Trump took to Twitter Wednesday morning to say that next month, he'll announce that he's leaving his pride and joy, the Trump Organization, to focus on being president. If Trump is serious, it would mean that he'd be responding to his massive conflict of interest.

Trump has good reason to be worried about the public's perception of his numerous conflicts of interest. In the three weeks since his election, Trump has met with Indian real estate executives, allegedly discussed the building of a Trump building in Argentina, and kept his children in his inner political circle even as he allows them to continue running his business empire. All of these developments have caused consternation among ethics watchdogs.

Trump's response to these criticisms has been, up until Wednesday morning, to claim that "the law’s totally on my side, meaning, the president can’t have a conflict of interest.” As The Washington Post's Glenn Kessler and Michelle Ye He Lee pointed out last week, however, the law doesn't so much state that presidents can't have conflicts of interest as it acknowledges that, because a president's responsibilities are so far-reaching, a certain amount of good faith has to be placed in each president to do the right thing. Most presidents since Lyndon B. Johnson have placed their assets in a blind trust.

Trump's tweets are worth the paper they're not written on, though. The only thing that matters is what specifically he plans on doing with his business empire. Simply entrusting it to Ivanka or Donald Jr. — something he proposed doing  — wouldn't solve anything, especially when there's no indication that he plans on keeping them away from his administration.

Like so many of Trump's tweets, the question now is how much of what he declares in 140 characters will he actually perform in office.