2016 has been the worst for everybody, but I have to find the bright spots 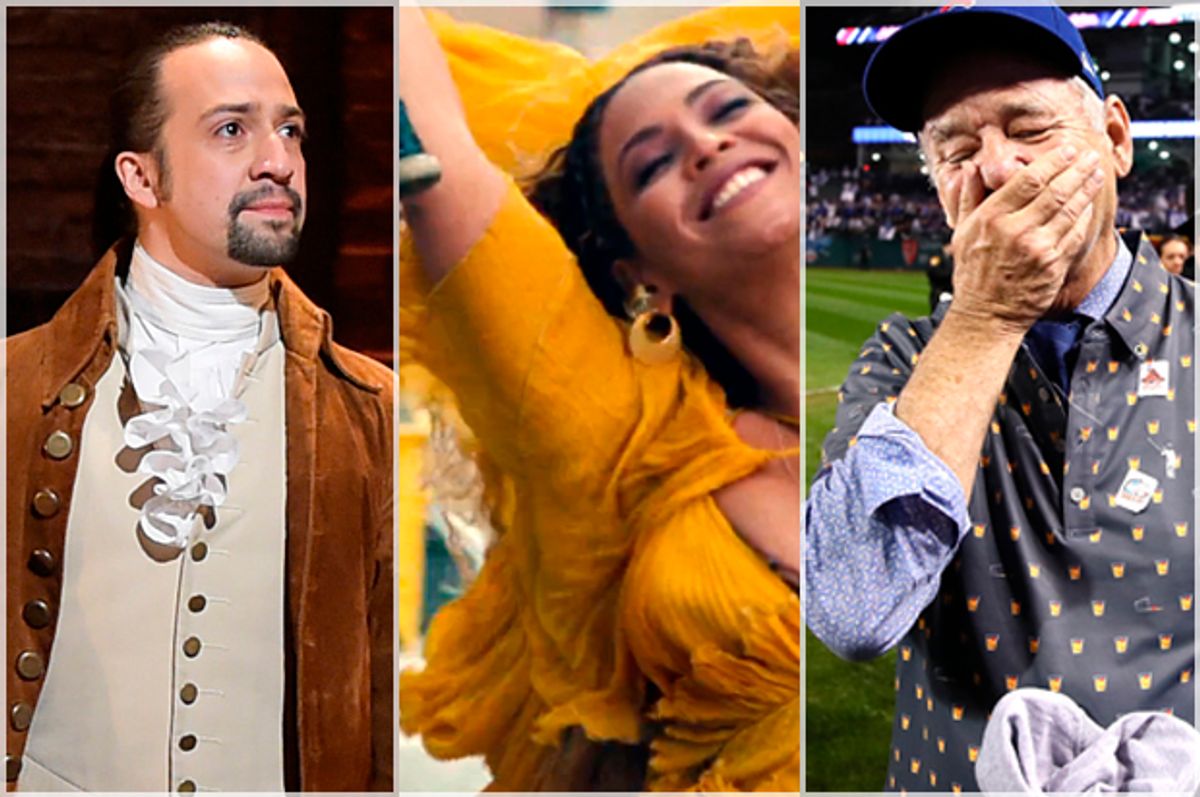 I've been having a really bad year. Spectacularly bad. I know what you're thinking. You're thinking, "ORLY, what must that be like?" I'm not saying your 2016 isn't also a disaster; I assume everybody's is. I'm just saying, I was ready to throw in the towel back in February, when my older daughter almost died of sepsis.

Then, on her first day back to school, my spouse got laid off from his job. My younger daughter's been in the emergency room twice. We've had a death in the family and I've faced my own health issues. Oh and then there's that whole HOLY CRAP WTF, AMERICA? thing, which kicked off on Nov. 8 but only seems to get weirder and worse with every announced Trump Cabinet pick. Almost makes a person forget that Prince and David Bowie died, and how much it SUCKS that Prince and David Bowie died. Yet somewhere in all this mess, I still have to find the gratitude. I have to hope. I just have to.

I keep saying it, but yes, I get that this is the worst. I also get that this is exponentially worse for millions of Americans who don't have my privileges. I'm not going to pretend that the idea of Thanksgiving didn't seem particularly tone-deaf this year, as real, living Native American elders have been injured protesting the Dakota Access pipeline. That staring down the end of a dismal year in exponentially worse shape than you and I and our planet started it isn't much cause for rejoicing. And I'm ignoring that if you thought 2016 was a garbage fire, just wait for the sequel! That's exactly why I have to try. Because I don't have forget all the terrible stuff to also see the good stuff, too.

This winter while my kid was in the ICU, I saw unparalleled kindness and attentiveness in doctors and nurses. When I think of 2016, I'll remember the hospital staffer who went outside on the coldest day of the year to get me a Starbucks, who refused to take my money. I'll remember the friends who pitched in with child care and dropped off food and made sure we were always supplied with household basics. I'll remember the night my mate was doing hospital duty, and my younger daughter and I ate bread and cheese for dinner and watched "The Cheetah Girls" movie. I'll remember the car ride that brought my kid home. This wasn't just the year she almost lost her life; this was the year her life was saved. That was grace.

In the spring I had a book about my cancer come out, and as a result I got to talk to a lot of people with intimate experience of sickness and grief. Every word they shared, every email, every phone call was a gift. That was grace. This year, Vice President Joe Biden announced a cancer "moon shot" initiative to accelerate research and help more Americans than ever have better outcomes that seems headed to endure into the next administration. That's grace.

This summer I attended my first military funeral. I'd never heard taps in person before, never seen someone presented with the flag, never heard a family thanked on behalf of a grateful nation. Within the sorrow, I also found grace.

"Lemonade." That was grace. The "San Junipero" episode of "Black Mirror." That was grace.  The Cubs. At least we had the grace of the Cubs. And Simone Biles. And "Hamilton" winning the Pulitzer and a mess of Tonys. And "Harry Potter and the Cursed Child."

This year the young woman who'd been sexually assaulted by Brock Turner wrote a powerful victim impact statement, and it went viral. This year after a recording of a presidential candidate bragging about groping women became public, Kelly Oxford invited women to share their stories of their first assaults. A deluge followed. There's grace in that. There's grace in the naming of the darkest experiences, of sharing them and telling the world that they're real.

This year I watched Hillary Clinton, a woman I have supported and voted for in the past, become the Democratic nominee for president. I had my daughters by my side as I voted for her. The glass ceiling remains unsmashed, but the inspiration is stronger than ever. Now my daughters have marched in protests — with their classmates, their gay, transgender, Muslim, Jewish, black and white classmates. They've written letters.

All around, I see young people who are going to be voting soon already so passionate in the process. These are kids who do community service and who write their schools' anti-bullying and -harassment policies and who assume they are coming into adulthood with their reproductive rights and their freedom to marry and generations' worth of other civil and human rights intact. And they intend to fight like hell to keep those things. That's grace.

This year fact-checkers were heroes. Journalists who kept hammering at the truth in spite of threats and abuse were role models. This year I've watched an unprecedented number of people organize, act and speak out because they care so deeply about their country and the people who live in it. I've never seen that much effort and commitment in my lifetime, and I've lived long enough to have seen a lot of bravery.

I live in a country that has never had so much diversity, one in which women and people of color and the LGBT community have never had this much power. I live in a country that belongs to all of us, and we are not letting what is happening right now slide. The lessons of the past frighten me, but the hope for the future, the urgent need to do the work gets me out of bed in the morning. Without the belief that things can be better, there's no reason to fight; there's no reason to go on. So on we go.

This year has damn near ruined me, but it's also taught me that sometimes you don't know how much love and compassion and courage you're surrounded with every day, how incredible the people you know are until everything is tested. And all you can do is be grateful, in all the wreckage, that you can still see it.