President-elect Donald Trump's victory rallies sound like his campaign rallies, complete with "Lock her up" chants

Taking a break from his job of forming the government, Trump goes to swim in a sea of adoration 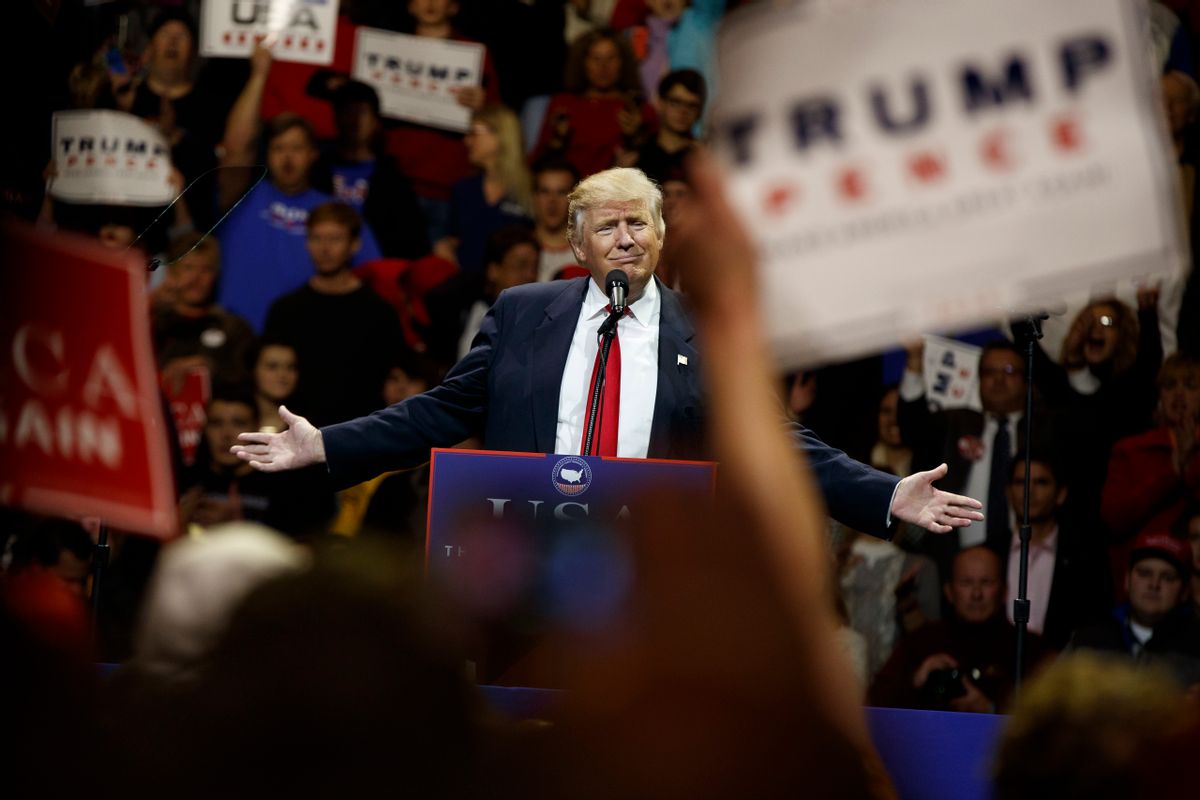 President-elect Donald Trump gestures as he speaks during a "USA Thank You" tour event, Thursday, Dec. 1, 2016, in Cincinnati. (AP)
--

President-elect Donald Trump doesn't seem like he's going to be much different than Republican nominee Donald Trump, as if that's news.

During a rally in Cincinnati on Thursday — in which he announced General James Mattis to be his secretary of defense — Trump spent a great deal of time picking at old campaign wounds and taking pot shots at a wide range of targets.

The event was Trump's first big rally since being elected president last month, and in many ways it didn't feel like the 2016 election had ended at all. When Trump rhetorically asked the crowd "we did have a lot of fun fighting Hillary, didn't we?" the audience burst into a chant of "Lock her up!" according to The Washington Post. Although Trump has assured reporters since the election that he will not behave like a dictator and seek to jail one of his chief political rivals, he did nothing to break up — in fact, he seemed to lap it up.

Clinton wasn't the only target that night. Despite appearing in the home state of Gov. John Kasich, a fellow Republican and one of Trump's rivals for the presidential nomination this year, Trump was openly disrespectful to the governor.

"Hey, in the great state of Ohio we didn't have the upper echelon of politician, did we?" Trump rhetorically asked his audience.

Trump also went on an extended rant against the press. As he rattled off states that he claimed they had written off as lost causes for his campaign but which he actually won — including North Carolina, Ohio, Texas, Georgia and Pennsylvania — Trump denounced the "very dishonest" press and criticized anchor Martha Raddatz for allegedly crying when she realized that Trump had been elected.

These words may make it more difficult for people to subscribe to what Trump most likely viewed as the main message of his speech:

“I’ve always brought people together. I know you find that hard to believe. We are going to bring our country together, all of our country. We’re going to find common ground, and we will get the job done properly.”

Update: An ABC News spokesperson contacted Salon after this article and requested that we include this statement on behalf of the network.

"This is ridiculous and untrue. Martha is tough and fair and not intimidated by anyone."