Calling it a "PR stunt," Trump's team doesn't want his nominees to be scruitinized 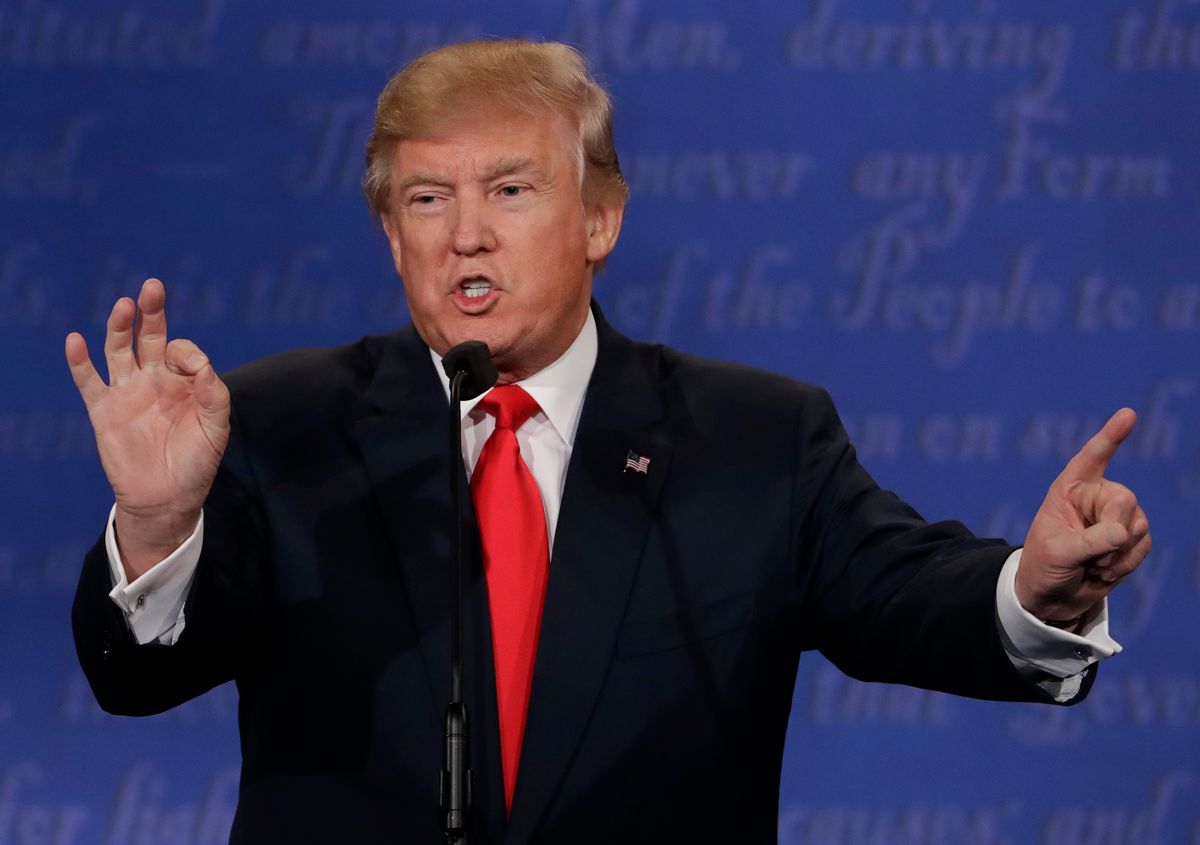 WASHINGTON — President-elect Donald Trump's transition team is pushing back on Senate Democrats' calls for all Cabinet nominees to release their tax returns, calling it a "PR stunt" and defending the Republican's picks as selfless, patriotic Americans.

Trump refused to release his own tax returns, breaking with recent major party presidential candidates, and his team is arguing that it's unnecessary for his nominees, some of whom are the wealthiest Americans in the country.

In a memo for campaign supporters and Congress obtained by The Associated Press, transition officials say the Democratic calls are "a PR stunt with zero precedent designed to arm opposition researchers."

Senate Democrats on Thursday said they will push for all committees to require Cabinet and other high-level nominees to provide their tax returns ahead of their confirmation hearings. According to the Democrats, only three committees now have the authority to require tax returns — Finance, Budget and Homeland Security and Governmental Affairs.

This week, Trump announced that he planned to nominate former Goldman Sachs executive Steven Mnuchin as his Treasury secretary and billionaire investor Wilbur Ross to lead the Commerce Department. Education Secretary nominee Betsy DeVos, the wealthiest of Trump's Cabinet picks thus far, married into the family that started the sales company Amway. Elaine Chao, his choice for transportation secretary and wife of Senate Majority Leader Mitch McConnell, is the daughter of a Chinese shipping magnate and has served on the boards of Wells Fargo bank, Dole Food and News Corp., the parent of Fox News.

"President-elect Trump's nominees are patriotic Americans, many of whom are selflessly leaving behind their private business careers to serve their country," the memo said.

Democrats said they will push for the rule changes next year when the new Congress convenes, a move that likely will fail because Republicans control the Senate.

"After running on the idea that he was going to stand with the common man and fight Wall Street and big business, President-elect Trump is putting together a gold-plated and mahogany, Trump Style Cabinet of Wall Street bankers, billionaires, millionaires, friends, insiders, campaign contributors and cronies," said Washington Sen. Patty Murray, the top Democrat on the Health, Education, Labor and Pensions Committee.